meta Mike Hellenbrand Obituary :: The Bullvine - The Dairy Information You Want To Know When You Need It 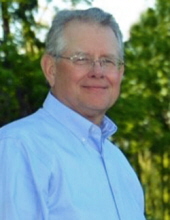 Everyone at The Bullvine would like to send our condolences to the family and friends of Mike.

Michael Herbert “Mike” Hellenbrand, age 67, of Cross Plains, WI, passed away peacefully on Wednesday, July 1, 2020, after a long illness. Mike was born on Aug. 1, 1952, in Verona, WI, the son of Charles and Shirley (Paradise) Hellenbrand. Growing up in Cross Plains, Mike cultivated his passion for baseball, business, and bovines. In his youth, spending time on his grandparents’ dairy farm sparked a desire that would later become his second career. Mike loved playing baseball. With his father’s coaching Mike became an accomplished pitcher. Newspapers headlined his no-hitter games played at MATC and with local Home Talent Leagues.

Mike graduated from Middleton High School and received a bachelor’s degree from University of Wisconsin-Whitewater. His successful career began in the banking business in Madison. Mike’s hard work, expertise, and high standards of excellence and integrity, qualities that were a constant in all his endeavors, quickly led to promotions and seats on community boards. His career ambitions took him to Boston, then New York City, where for the next 10 years Mike led the Mortgage Securitization Group at Bear Stearns, a major Wall Street investment bank. At his wedding in NYC where he married his wife, Linda Brown, Mike danced and sang with the band playing “New York, New York.” He made it there, now he could make it anywhere.

Following the events of Sept. 11, 2001, Mike and Linda decided to move back to his early roots of Cross Plains. Mike gave up the “rat race” of Wall Street for the “cattle race” and a budding new dairy cattle technology called embryo transfer. Their farm called “City Slickers” with a prefix of “Hillpoint” on the cattle registration papers became widely known throughout the industry in a remarkably few short years. Journalists intrigued with the success of the city to farm career shift would often ask Mike during interviews what was most challenging. He would say, “In my old life, I could always negotiate a transaction… but with farming, you are up against Mother Nature, and she doesn’t negotiate.”

Mike’s unbridled Wall Street energy was transferred to creating some of the dairy breed’s best calves that went on to be show and genetic winners in the US and internationally. City Slickers Farm owned Jr. and Grand Champions at the World Dairy Expo along with countless All-American nominations. Yet, Mike’s real joy was helping youth get into the dairy industry through the competitive showing of their animals. Aspiring dairymen and women point to Mike as their “inspiration” in starting their dairy future.

For those that had the fortune of visiting City Slickers Farm at calf feeding, those gentle moos are now silent on the passing of Michael Hellenbrand, a man that achieved astounding accomplishments for the US dairy industry in a short 17 years. Mike had an infectious love of cows. The health, well-being and promotion of dairy cattle were priorities on the farm, with his cattle partnerships, veterinarians, and in his position on the Executive Board of World Dairy Expo. Combine these traits with his leadership, vision, decisiveness, and his tireless support of youth in agriculture and you begin to realize the breadth of Mike’s impact on the lives he touched. He made so many wonderful friends who he would describe as “great people who I learned so much from”.

Mike will be greatly missed by his wife and her family; mother; brothers, Tom (Patti Woodman) Hellenbrand, Paul (Sandy) Hellenbrand, Ken (Beth) Hellenbrand, Greg (Sherri) Hellenbrand and Scott Hellenbrand; seven nieces and nephews; a great-niece and nephew; and many friends, partners, and colleagues. He was preceded in death by his father.

Due to COVID-19, there will be a private family Mass. A celebration of life is being planned at City Slickers Farm for the fall. Please return to the Gunderson webpage for updated details.

In lieu of flowers, please consider a memorial in Mike’s name to Agrace HospiceCare or an organization that supports and inspires youth in agriculture. Online condolences may be made at www.gundersonfh.com.