meta 5 Facts about India’s Dairy Industry :: The Bullvine - The Dairy Information You Want To Know When You Need It 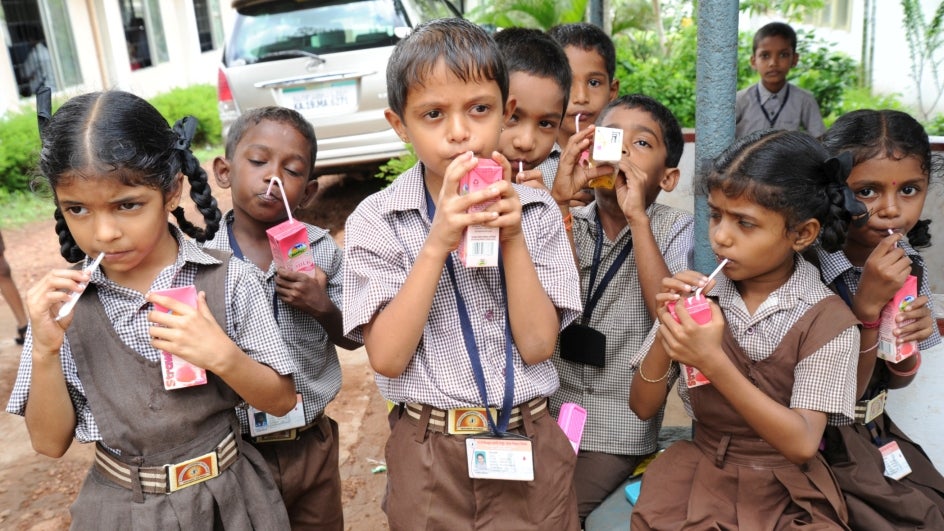 Indians love milk. Milk and its many derivatives are an integral part of our diets, ceremonies and festivals. Milk can also stir up the occasional political controversy, like when a West Bengal minister recently claimed cow’s milk contains traces of gold. He may as well have been speaking metaphorically, because India’s growing dairy industry, its leadership of global milk production (India has been the world’s top milk producer since 1998) and its growing consumption make it an equally precious resource. A large part of the credit for this goes to Dr Verghese Kurien, the Father of India’s ‘White Revolution’, and the man credited for revolutionising dairy farming and milk co-operatives in rural India. On November 26, 2019, Dr. Kurien’s 98th birth anniversary, India celebrates National Milk Day. To mark the occasion, let’s look at 5 facts about the Indian dairy industry.

In 2018, India produced 186 million tonnes of milk, which was 22% of that year’s global total milk production of 843 million tonnes, according to the UN’s Food and Agriculture Organization (FAO). Milk output grew 5% over 2017 levels in India, while it was just around 1% in the European Union and the US. The last five decades have seen the tide turning for India, which accounted for just 5% of the world’s milk production in 1970. This growth is expected to sustain in the coming years; the Niti Aayog says India will produce 300 million tonnes of milk by 2022.

The nationwide per-capita availability of milk also rose from 225 grammes per day in 2001-02, to 375 gm/day in 2017-18, although this varies widely by region. The increased consumption of milk and milk products, which are typically rich in protein, is also associated with better incomes and nutritional access in developing countries like ours.

India’s biggest milk-producing states, according to 2017-18 data from the National Dairy Development Board, are Uttar Pradesh, Rajasthan, Madhya Pradesh, Andhra Pradesh and Gujarat.

Dairy is a source of livelihood for millions

The dairy industry is both an economic engine and a source of livelihood. Earlier this year, India’s Union Agriculture Minister said that about 80 million rural households are engaged in milk production, with a high proportion comprising landless, small and marginal farmers. The Minister, Giriraj Singh, also added that the country’s milk production has grown by 6.4% annually in the last 4 years, well above the global growth rate of 1.7%. Dairy exports are also seen as a huge untapped opportunity for India, which currently accounts for only 0.01% of the world dairy export market.

According to the National Dairy Development Board, India has 40 indigenous cattle breeds like the Gir, Sahiwal and Red Sindhi, as well as 13 local breeds of buffalo.

In recent years, government efforts to boost milk production have become visible in the population profile of these animals. According to the 2019 national livestock census, the cattle and buffalo population has been calculated at over 300 million. This number has not changed significantly since the last census in 2012. However, according to the new report, there is a jump in the number of female animals (cows and buffaloes) accompanied by an even more significant decline in the number of the respective male populations. The number of exotic and cross-bred species (which provide more milk) has also increased. These numbers are most likely changing as a result of the government’s and farmers’ focus on maximising milk production.

Officials claim that the average annual milk production per cow has increased 35% in the last 10 years, to 1700 kg in 2018-19, and there are efforts to improve this even further. However, the Niti Aayog, in a report last year, warned that drought and floods could hit the productivity of milch animals by affecting the availability of fodder and water. Encroachment of pastoral land by agriculture crops also shrinks the available grazing options.

“The overall productivity of Dairy sector is low because of inadequate nutrition from green fodder, along with dry residue and protein concentrate,” the Aayog said, adding that 500 million animals in India were currently deprived of feed and fodder security.

Adulteration is not a major problem, says India’s food regulator

The Food Safety and Standards Authority of India (FSSAI), in 2018, conducted the first-ever comprehensive survey to test the quality and safety of milk, amid nationwide concerns of milk products getting mixed with harmful chemicals. The ‘National Milk Safety and Quality Survey 2018’ found that nearly 93% of the tested milk samples were safe for human consumption.

Out of the total 6,432 milk samples tested, about 456 failed the examination; and of these 456, only 12 samples were found to be deliberately adulterated through the use of adulterants such as hydrogen peroxide, detergent or urea. Some 7% samples, especially ones of processed milk, had safety issues due to contaminants like Aflatoxin-M1 (a result of poor storage practices of animal feed and fodder), antibiotics and pesticides.

FSSAI chief executive Pawan Agarwal stressed that contamination was a far bigger issue as compared to dilution of milk. He further stated that to address this issue, a scheme for testing and sampling for organised dairy would be implemented from January 1, 2020. All in all, contrary to popular perception, a majority of the milk samples were found safe for consumption in FSSAI’s survey.