meta Ferme Jacobs Rocks the Dairy World with Outstanding Sale :: The Bullvine - The Dairy Information You Want To Know When You Need It The extremely talented team at Ferme Jacobs hosted an amazing sale at the farm on November 17th, 20201.  Known the around the world for their top show cow families and commitment to developing the best of the best, the sale featured many elite consignments from their own breeding program as well as some elite consignments from partner herds as part of this Best of Jacobs Sale.The sale averaged 10750$ average on 160 lot. Topping the sale was the VG-89-3yr Lot 17 JACOBS HIGH OCTANE DIA at $230,000 to Jim Butler.  The Junior Three Year old was RES. Can. Champs Contest Spring Junior 2-Yr-Old 2020 as well as 2ND JR.2-YR Fall Invitational Show 2020.  She would go on to be 1st Junior Three Year old and Intermediate Champion a few days later at the Canadian National Holstein Show for her new owner. Dia is a STANTONS HIGH OCTANE from a VG GILLETTE WINDBROOK followed by VG-87 DROLIE GOLDWYN DELAWARE  then GEOBASTIEN HILLCREST DELTA EX-92-3E 6* The 2nd highest seller was Lot 172, Linderright Devour Movember at $115,000 by Jim Butler.  Purchased by Ferme Jacobs, Fortale and Boulet in July from Lookout and London Dairy, when she would soon win Reserve Intermediate Champion at Le Supreme Latier and Movember has continued to develop and had recently scored VG-89-3YR Max score.  For her new owner Jim Butler, Movember would win the Senior Three Year old Class at the Canadian National Holstein Show.  Movmber is a MR DANIELLE DEVOUR from a EX-91-2E VAL-BISSON DOORMAN then a EX-91-2E BRAEDALE GOLDWYN followed by then and EX-92 BRAEDALE GOLDWYN from Stadacona Outside Abel VG-88 48*. 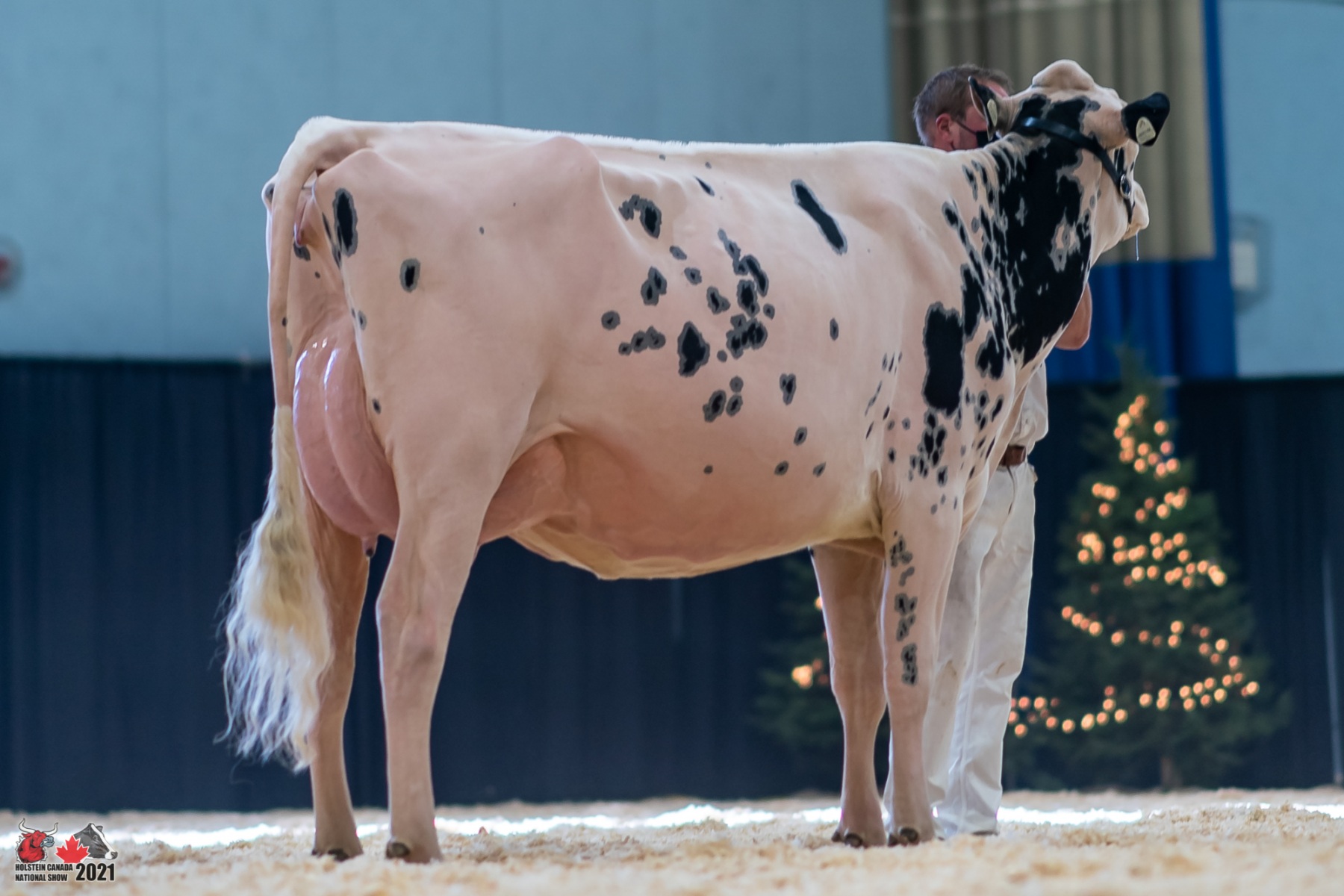 The 3rd highest seller of the day was Jacobs Unix Darcy, the VG-87-2YR sold to Elmvue for $95,000.  The CROTEAU LESPERRON UNIX daughter was from a VG-88 WALNUTLAWN SOLOMON then a EX-92 SCIENTIFIC DESTRY from BUDJON REDMARKER DESIRE EX-96-4E-USA GMD 5*.   Darcy would go on to place 3rd in a strong Junior Two Year old class at the Canadian National Holstein show a few days later.

Rounding out the top sellers was GHISLAIR SIDEKICK FRAMBOISE VG-86.  The VG-86 2YR was purchased by Elmvue for $54,000.  The WALNUTLAWN SIDEKICK daughter is from a EX-92-4E LIRR DREW DEMPSEY then a VG-88 WILCOXVIEW JASPER.