MAN-O-MAN will he turn Platinum?

As we approach the next index release day, December 4, The Bullvine is hearing considerable speculation about Man O Man, the #2 GTPI daughter proven bull and the top GTPI bull with second crop daughters. Many expect that he will be the top total index daughter proven sire in many countries. What people differ on is will he merely exceed all others or whether he will significantly outdistance the field. The Bullvine decided to summarize some of the highlights and some of the facts as we know them today.

Man O Man died during his waiting period and so his semen was always in limited supply and therefore he was used primarily on high indexing females. Of course we all know that second crops proof for bulls whose semen is higher priced or in limited supply can often result in elevated values in a second country as the analysis can not totally remove the high merit of the mates nor any preferential treatment of daughters.  The fact remains Man O Man progeny are performing extremely well in many countries and his daughters are in demand.

Man O Man’s top ten sons in the USA for PA GTPI are:

A search of the CDN August 2012 Genomic Bull list shows that 18 of the top 50 bulls are Man O Man sons and their average indexes are: Man O Man daughters do not take a back seat to his sons. Outstanding daughters can be found in every country and websites and magazine articles are full of these females.

The Bullvine studied his top ten DVG LPI daughters. Our thought is that by looking at their DVGs we would minimize any bias due to preferential mating or treatment. Their almost off-the-charts DGV averages are: Recent auction sales have seen Man O Man daughters in high demand. Those selling for over $50,000 in the fall 2012 sales are: It is too late to start using Man O Man as his semen supply is nearly exhausted. However, most AI organizations have used him as a sire of sons or have sons from Man O Man daughters. Breeders who have already used him like their hard working trouble free Man O Man daughters that are above average for functional traits. They may show a bit of Oman’s rounder turn of rib and lack of style but they are significantly better that Oman’s for median suspensor and dairy quality. One profit oriented milk producer recently summed it up quite well for the Bullvine – “I could milk a whole herd with only Man O Man daughters in it”. 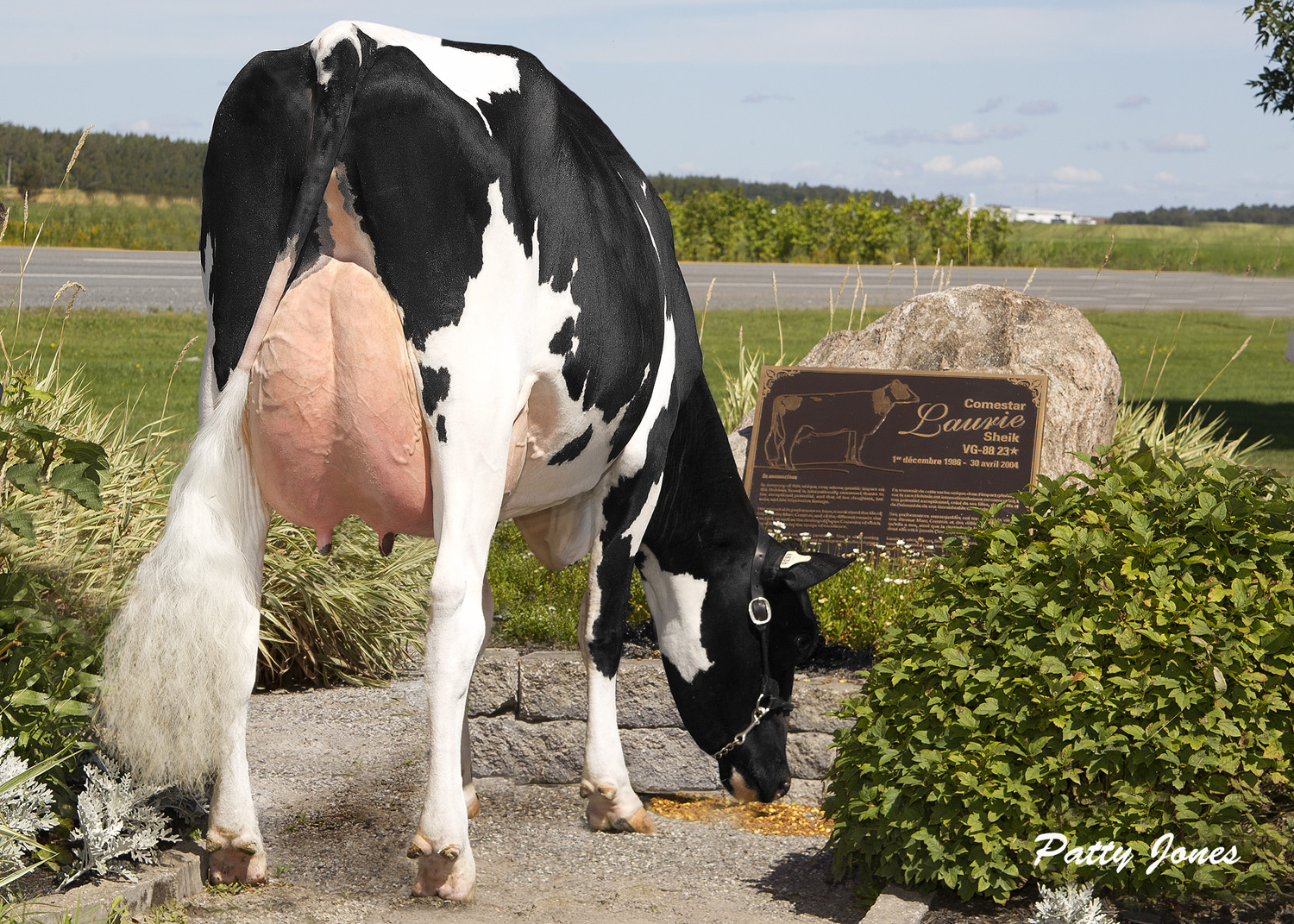 In less than a week’s time, we will know Man O Man’s updated American proof and his first official proof in some other countries. Breeder satisfaction and their decisions to continue to invest in his daughters speaks volumes for what we can expect to see.