meta UK dairy exports to EU remain low :: The Bullvine - The Dairy Information You Want To Know When You Need It

As shown in the latest UK agri-food trade data, trade with the EU is well below normal levels across all sectors and dairy is no exception. Volumes of UK dairy exports to the EU during February were marginally higher across most products than in January. Despite this small month-on-month increase, they remain notably lower than volumes exported this time last year. 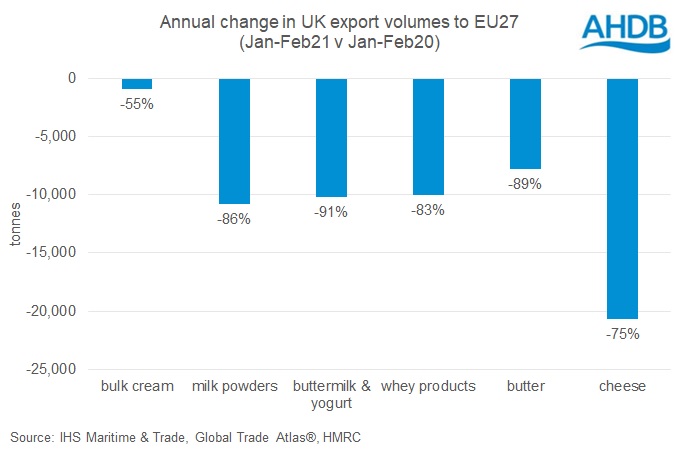 Buttermilk & yogurt was the only dairy category to see exports decline further in volume on the previous month. This puts exports of these products in February at just 7% of year earlier levels.