meta The deadly stress of farming :: The Bullvine - The Dairy Information You Want To Know When You Need It

The deadly stress of farming 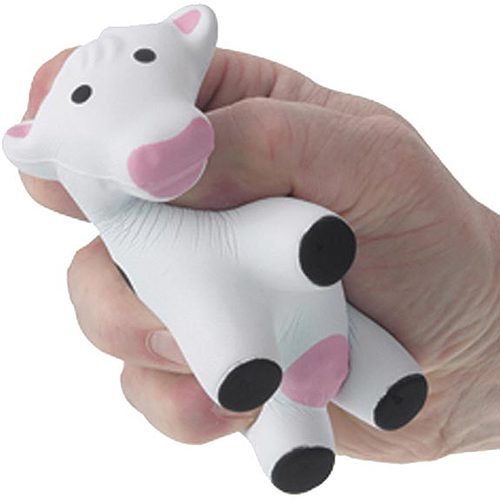 It is widely known that military veterans have among the highest suicide rates in our country. Sadly, in any given year, 38 of every 100,000 veterans take their lives.

We know too well why they end it all — they saw things overseas that none of us could ever imagine, they battled post-traumatic stress disorder, and they could have had disabilities ranging from traumatic brain injury to dismemberment.

Many reading this column will be surprised to learn that there is segment of our population that has a suicide rate rivaling that of our struggling veterans: Farmers.

Those who put food on our tables are taking their lives in unprecedented numbers. Just a few years ago their rate of suicide was 85 per every 100,000 farmers — 2.2 times the occurrence among veterans and 5 times that of the general population. Although last year’s numbers aren’t available, it’s well known in ag circles that that number is growing.

Even though this is a rural social crisis of epic proportions it has received little attention in the public eye and, therefore, a similar amount of concern from the masses.

That said, it’s probably mind blowing to most Americans because they have a vision of the farming life that is made of serene, pastoral landscapes, healthy country living, strong men and even stronger families.

They know little of the incredible stresses put upon farmers.

First, there’s the weather. They have to hope that Mother Nature accommodates their needs and business cycles and ensures a timely planting and a productive harvest. But, in many years, she’s not very helpful. Western New York farms were hit hard by drought in 2016 when unirrigated, rain-fed fields and orchards had crop losses between 30 and 90 percent. They prayed hard for rains after that, and the skies responded in 2017 with too much, which delayed plantings and harvests while damaging crops.

Then there’s animal disease. Back in 2015, deadly strains of bird flu killed off unbelievable numbers of chickens and turkeys throughout the central United States. Even if it didn’t, the poultry farmers had to cull their flocks to prevent the spread of disease. Halfway through that year, 50 million birds had died and the losses to farmers and producers exceeded $3.3 billion.

Farmers are also besieged by the economy. Dairy prices have plummeted over the past few years. In 2014, dairymen were getting $24 per hundredweight for their milk. Now, that number sits around $13. Farmers are producing and shipping milk because they have to, yet are losing money every single day for doing it. In Wisconsin alone, 500 dairy farms closed their doors last year. Here in New York, last year’s net farm income was a third of what it was in 2014.

Then, there’s the opioid crisis. The stereotype is that it’s hitting the cities and suburbs the hardest, but three-quarters of farmers say it is affecting them or their workers. It’s easy to see why. Farming is physically demanding work, from heaving hay bales to lifting feed bags to picking vegetables to bending down to milk cows. Back injuries and other aches are common. To work through it, they were prescribed pain killers, which in turn became an addiction.

There you have just four factors of many that make it seem like there’s no hope for farmers. Too often, the odds are stacked against them and there are so many things beyond their control. Seeing the very real chance of losing the farms and homes they love so much — the places that receive their attention, blood, sweat, and tears 24/7/365 — they see suicide as the only way out. It’s sad.

There is help available for those living those dark days. NY FarmNet is a free and confidential consulting service available to any farm located in New York state to discuss financial and health issues. They have a 24/7 hotline at 1-800-547-FARM. Crisis Services of Erie County has a 24-hour hotline (716-843-3131) to serve anyone contemplating taking their life. The YWCA of Genesee County has one, too, at 585-344-4400 and so does Niagara County’s Department of Mental Health at 716-285-3515.

I encourage those reading this paper who are not farmers or counselors to lend a hand. Outreach can be done in any number of ways, from checking up on your neighbors to supporting local farm stands to buying only local or American-grown produce, meats and dairy products at the grocery store to writing elected officials about foreign trade and frustrating price controls on milk and foods.

As Paul Harvey once said: “And on the 8th day, God looked down on his planned paradise and said, ‘I need a caretaker.’ So God made a farmer.”

It’s time that we, as good citizens, acted as caretakers for them. These are some dark days in agriculture. Farmers need help. They need to know that they can ask for it and we need to know we should give it to them.