meta The changing face of the New Zealand dairy farm :: The Bullvine - The Dairy Information You Want To Know When You Need It

The changing face of the New Zealand dairy farm 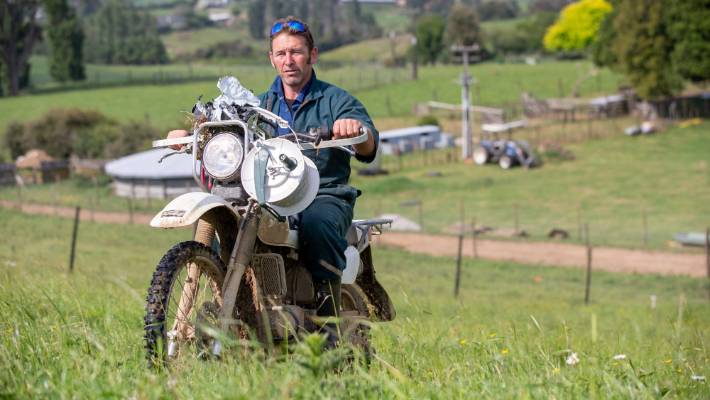 It wasn’t easy for Doug and Tracey Chappell to get onto their own land.

But their entry-level Pukeatua dairy farm means more than just what the 60 hectares and its relatively small 150 cow herd add to their long-term business plan.

“It’s our place and it’s something for our kids as well and they have even talked about running the farm in the future,” said Doug.

“It means a lot to us. I haven’t come from any farm ownership in my side of the family.”

​The Chappells are among a rapidly shrinking number of the people that the Waikato and New Zealand dairying story is built on – a family owning and working on the land.

The two company’s annual ‘cow census’ dairy statistics showed showed that for a third year in a row, Waikato numbers had declined with 130 fewer in the 2018-19 season compared to the previous year.

The Chappells are sharemilking one farm while also milking on their first season on their nearby newly purchased 60 hectare stand-alone farm.

Tracey’s parents had owned a drystock farm before exiting the industry in the 1980s, said Doug, who is also Waikato Federated Farmers sharemilker’s chairman.

“For them, it’s awesome to see their daughter get into farm ownership and for me it’s a pretty big milestone. I know my Mum’s proud of what we have achieved and we’re proud to have it.”

But the trend doesn’t necessarily represent the demise of the patchwork of family farms clustered around rural communities across the region that’s been the Waikato staple for over a century.

AgFirst managing director James Allen, sees it as an evolution, rather than revolution, in the industry.

Rather than exiting the industry completely, he suspected the bulk of the decline was farm owners opting to step back from the day to day running of the farm.

“I think a lot of these farming families are making a conscious decision to say, ‘let’s keep the asset in the family’. So it’s still a traditional family farm, but rather than selling it, they might be outsourcing the management.

“In a sense, we have still got the traditional family farm. How they are being managed is possibly changing.”

This allowed farmers to retain their emotional tie to the land.

It would explain why the statistics showed a largely unchanged milk production output, increasing by just under 40,000 kilograms of milk solids from last year to 406.5 million. This was despite 8,615 fewer cows and the 3431 fewer hectares being used for dairying.

“I think we’ll see more continued leasing of land and sharemilking as people choose to retain their asset but divest the management of it.

“I think the family farm ownership is still very strong in the Waikato and while there’s a few corporate farms, there’s not that many. If anything there’s the family corporate who have a few farms and they are managing it as a business.”

Tougher environmental compliance and other costs was partially driving the trend. Owners were starting to make decisions whether to upgrade or retire and get out of dairy.

“There is a little bit of that going on. People are saying we have had enough for whatever reason and they are moving to things like maize or heifer grazing and to a smaller extent alternative land use.”

While many of the ‘A grade’ Waikato farms were still out of reach for those buyers, land that was further afield were not selling as quickly as it had in the past. This created opportunities for a pathway into farm ownership for first farm buyers, he said.

Countering that was the banks tightening up lending criteria.

“It’s a double edged sword. On one hand you’ve got some good opportunities, but you still have to make the numbers worth.”

Chappell believed farm ownership was still possible, but it took a lot of commitment and often required financial backing from another party.

“If you want it enough you will make the effort to save money and do what you want to do. If you set realistic goals you will get there.

“We had somebody who put money behind us to allow us to do it, otherwise we were probably looking in two or three years time as an option, but the opportunity came up sooner.”

Chappell said the farm’s small size gave them options. If they lost the sharemilking job, either he or Tracey could work off-farm and diversify the farm’s land use.

“It lessened our debt as well and reduced our risk but it meant it was our farm rather than having an equity partnership.”

He believed that with many dairy farms on the market not selling, the farm owners chose to employ a share milker or contract milker instead.