meta Canterbury farmer reaps rewards of investment in dairy genetics :: The Bullvine - The Dairy Information You Want To Know When You Need It 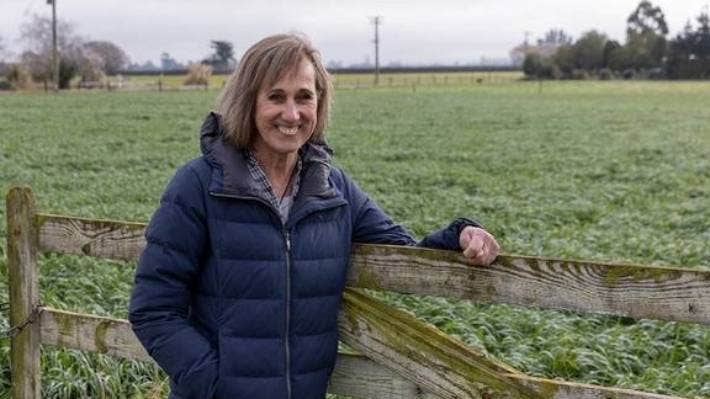 As a growing number of dairy farmers turn to DNA testing to improve their herds, Canterbury’s Julie Bradshaw​ is already reaping the rewards of her investment.

Cow numbers have come under pressure in recent years as a result of tighter regulations and a cultural shift by farmers towards being environmentally sustainable.

As a result, more farmers are using genetics and DNA testing to breed better cows, rather than build bigger herds.

Bradshaw was an early adopter of the technology and has already made significant improvements to her herd.

It now sits in the top 5% of Canterbury herds for production worth (an estimate of a cow’s lifetime milk production ability) and breeding worth (the index used to rank cows and bulls on their expected ability to breed profitable, efficient offspring).

On a national level, the herd is just outside the top 5% and Bradshaw said the numbers proved her investment in genetics had helped ensure she had the best cows.

Next mating season, four of her cows will be mated to bulls specifically selected by livestock genetics company LIC as part of its breeding programme.

The cows were chosen based on their DNA profiles, with LIC looking at their mothers and analysing their production during the selection process.

The bulls will be selected for genetic traits which will complement the cows’, with the aim being to improve the overall genetic profile of the herd.

“Once they have calved, if it is a bull calf then they will genetically test it to determine if it meets the criteria for LIC’s breeding programme,” the Fernside farmer said.

“DNA testing the calves shows which genes it has inherited from its parents, and then they can analyse how well it will perform in the future.”

In the 20 years since Bradshaw first became interested in genetics, technology has become far more precise, and the improvements are providing economic benefits, she said.

“DNA testing is a vital part of our farming operation now, and I am glad we started when we did because it has enabled us to have the best herd we can, which is based on science and facts.

“With possible reductions in animal numbers in the future, you want to be as accurate as possible. We have all our DNA data for the herd, and it really is the best it has ever been.”

While farmers did their best to record accurate calving data, the stress of the calving period meant records were never perfect, Bradshaw said.

“If you are relying on your own calving records, they are generally only about 65% to 70 % accurate compared to DNA testing.

“If you use your own records, you are keeping animals that you think are going to be great, when you haven’t got the animal you think you have in terms of its value to the herd.”

DNA testing could eliminate those mistakes and help farmers avoid spending time and money on a calf that wasn’t going to be a good producer when it joined the milking herd.