meta Australian dairy farmer’s father and brother were killed in the bushfire, but his daily chores could not be ignored :: The Bullvine - The Dairy Information You Want To Know When You Need It

Australian dairy farmer’s father and brother were killed in the bushfire, but his daily chores could not be ignored 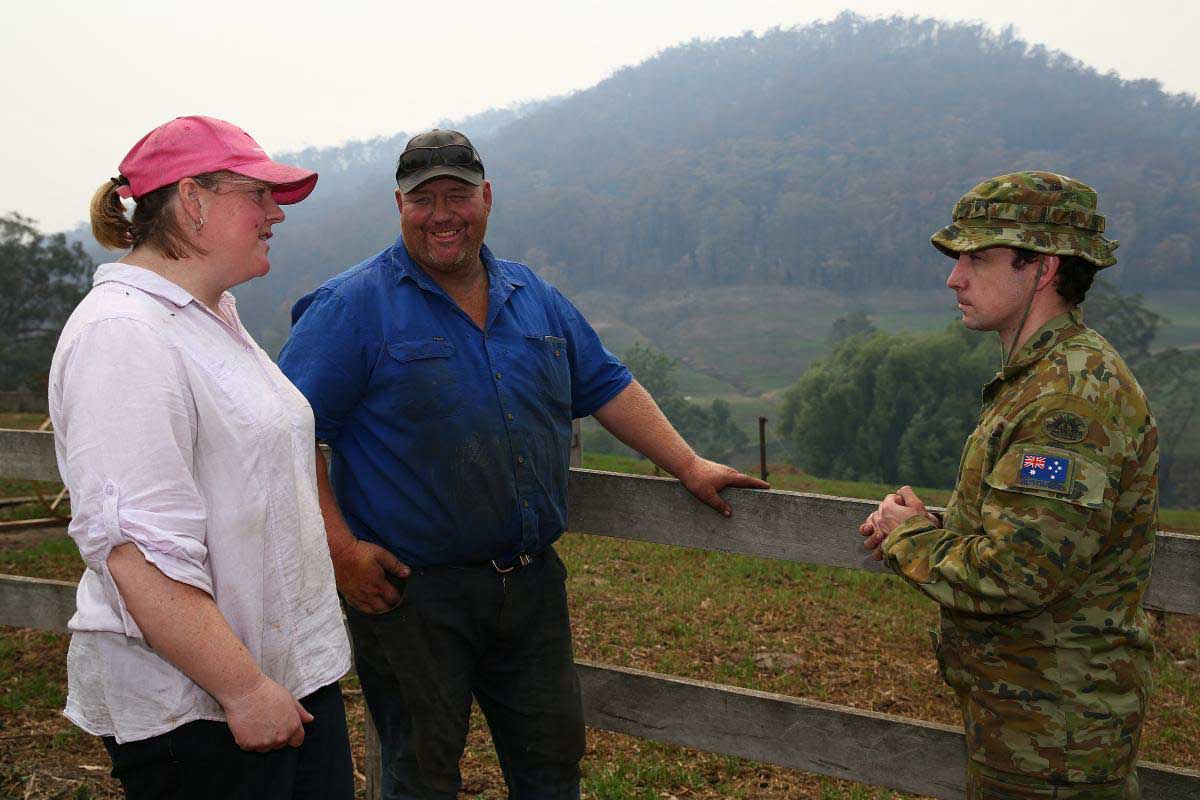 Tim Salway’s father, Robert, and brother, Patrick, died trying to defend their properties in a New South Wales bushfire, but Tim’s daily chores at the dairy farm could not be ignored.

“I knew my old man and brother were lying there just over the hill, but we had to get the cows in,” Mr Salway said.

“You can’t afford to miss because they start getting udder issues.

“That was the hardest milking I’ve ever had to do, but you couldn’t just stop and say ‘that was a bad fire’.”

Help arrived in the fires’ wake, including an Army strike team to clear and pile up fallen trees from the paddocks, saving the family an estimated month’s work.

“They ripped in with chainsaws, they smashed through, their bosses kept asking me ‘what next?’,” Mr Salway said.

“We’re able to get back in these paddocks, we’re able to work the land again. In time we’ll be able to burn these heaps [of wood].

“They cleared our driveway and just driving in makes you feel better. Things like this keep you going, as tough as it is for our family.”

They also brought water and an Army chaplain to counsel the Salways.

“The intensity of the fire basically ripped all of the trees out of the ground and created huge amounts of debris which rendered the paddocks sort of unusable,” Lieutenant Frost said.

“The farmers have been overwhelmed. We can’t solve the whole problem, but in a couple of days our guys have been able to clear significant amounts of the property, which will eventually allow their cattle numbers to recover.”

Strike teams, such as those commanded by Lieutenant Frost, are working to assist communities in south-east NSW in the wake of the bushfires.

His team has 26 soldiers from Army’s 5th Brigade, mostly infantrymen and combat engineers supported by a medic and signaller.

Four of the infantrymen completed an Army chainsaw course while the team was staging at Holsworthy.

“One minute we’re helping fix fences to stop cattle getting on the road and the next minute we’re out doing engineer tasks like inspecting culverts and bridges, or felling and cutting up trees” Lieutenant Frost said.

“Even if it is just basic, manual labour, the team is really glad to be able to help.”

The company couldn’t process the Salways’ milk for 10 days after the fires, meaning it had to be dumped, but Bega Cheese still paid for it. The company also provided the family with generators, to keep things running until power was restored.

“We take for granted where everything comes from,” Lieutenant Frost said.

“Guys like these farmers provide milk to make cheese for ration packs or the supermarket; everyone knows the struggles they’ve had.

“Then to have a fire devastate your farm and lose family members is the last thing any of these people needed. At least we can show that the people of Australia and the Army cares about them.”

When the team finished at the Salways’ property, Tim’s family had worked for 15 days straight to recover, with no end in sight.

“It wasn’t a fire, it was a monster, like a tornado; it’s something I don’t want to see again,” he said.

“The family down the road lost five houses. Up the road, out of about seven houses, there’s only one left.

“I’ve been trying to say it’s not that bad, but when the Army turns up to help you it must be pretty bad.”