meta 45-year-old Ontario farmer is among the young and healthy being devastated by COVID-19 :: The Bullvine - The Dairy Information You Want To Know When You Need It 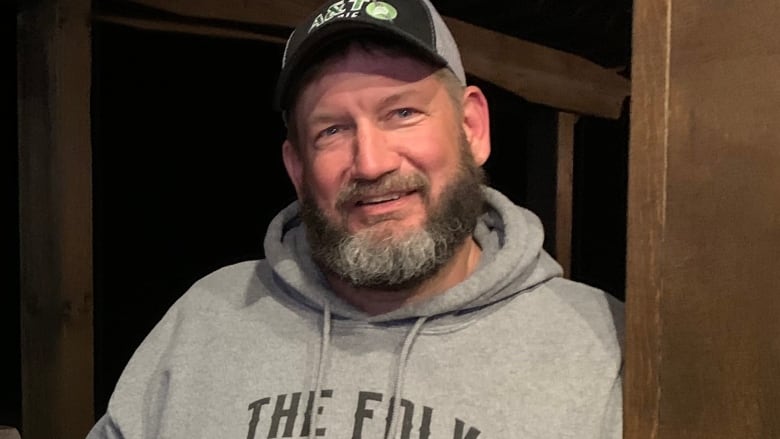 To hear Sarah VanNetten tell it, anyone who knows her and hears the song “Oh Jean” by the Proclaimers can’t help but think of her husband Mike.

He belts it out while they’re driving to the cottage. It’s the sort of song he puts on while having a beer with a friend. The sort of song he hums while working on his family chicken farm on the outskirts of Simcoe, or the factory job he works to help support his wife and four kids.

“I think he’s the only one on earth,” Sarah says, “who likes that song.”

It takes on a different meaning now. Mike VanNetten, 45, is critically ill with COVID-19, on an extracorporeal membrane oxygenation (ECMO) machine at Hamilton General Hospital. Sarah visits him every day, so gowned and masked that no inch of skin shows. She sits by his bed for an hour each time, and she sings to him.

She sings his favourite song, “The Gambler” by Kenny Rogers. She sings Blue Swede’s “Hooked On a Feeling.” She sings “Oh Jean”.

She also talks to him, and prays.

The family has taken the pandemic seriously, she said. They wore masks without complaint. They limited their social interaction, leaving home mostly for work. “We were doing what we were supposed to do.”

She wants people to know that COVID-19 is serious, even for people as young and healthy as Mike.

“I need for him to be top of mind in everybody’s mind,” she said. “I don’t want him to fall from anybody’s thoughts or prayers, so it’s very important to me that everybody knows.”

The VanNettens live on Ireland Road on the outskirts of the Norfolk County town, in the same house where Mike grew up. On St. Patrick’s Day, Mike and Sarah celebrated their 20th wedding anniversary. They have four kids – 18-year-old Zack, 13-year-old Holly, and Ryan and Alexis, 17-year-old twins.

Mike works in a factory. Sarah cleans houses. It was always Mike’s dream, Sarah says, to buy his parents’ chicken farm with his brother, and he did.

Around Simcoe, people know him by his nickname, “Chicken.” He’s the sort of guy, Sarah says, who will spot someone stuck in the ditch in the dead of winter and go out with his tractor to rescue them.

“He’ll have a smile on his face as he pulls them out,” she said.

“He’s the kind of guy who makes everybody feel like his best friend.”

The VanNettens don’t know where Mike got the virus, but on April 3, he had symptoms that resembled a bad cold. He had chills, and a cough, and couldn’t get comfortable when he tried to sleep.

By April 8, Sarah says, she could hear him struggling to breathe from across the room. “Maybe it’s time to go to the hospital,” she said. Mike — usually the type to shake off an ailment — agreed.

‘COVID is not a joke’

They went to Norfolk General Hospital, and within minutes, he was given oxygen. He was taken by ambulance to Joseph Brant Hospital in Burlington, and on April 10, he was put on a ventilator.

“It’s not a conversation you ever want to have on the phone with your husband,” she said. “What do you say? How do you sum up your life in five minutes?”

From there, he was air lifted to Hamilton General Hospital and put on the ECMO machine, where he remains now.

Sarah’s regular Facebook updates have drawn readers from far and wide. So far, she’s gained about 250 new Facebook friends. In one of her early posts, she told conspiracy theorists to remove her.

“COVID is not a joke,” she said. “It’s not even remotely funny. I wouldn’t wish this on my worst enemy.”

Passing protests on the way to the hospital

“There’s nothing worse than going to the hospital and passing those protests.”

“The patients we are seeing are younger, and there is an increase in transmissions of variants of concern in our region,” said Lucy Bonanno, president of Norfolk General Hospital, in a statement this week.

Dr. Sunjay Sharma, medical director of Hamilton General’s intensive care unit, says the hospital is seeing people in their twenties now who require life support. No one knows exactly why patients are skewing younger, but the variants seem to play a role.

“That’s probably been a striking part of this wave,” he said.

Mike is in critical condition, but she’s staying optimistic. Her family has adopted a new motto — “steady as we go.”

“If anybody can bring people together, it’s Chicken,” she said.

“I swear when he wakes up, he’s going to say, ‘I don’t know what you guys are worried about. I had this the whole time.”