meta Why Canada’s dairy market is a target in NAFTA talks :: The Bullvine - The Dairy Information You Want To Know When You Need It

Why Canada’s dairy market is a target in NAFTA talks 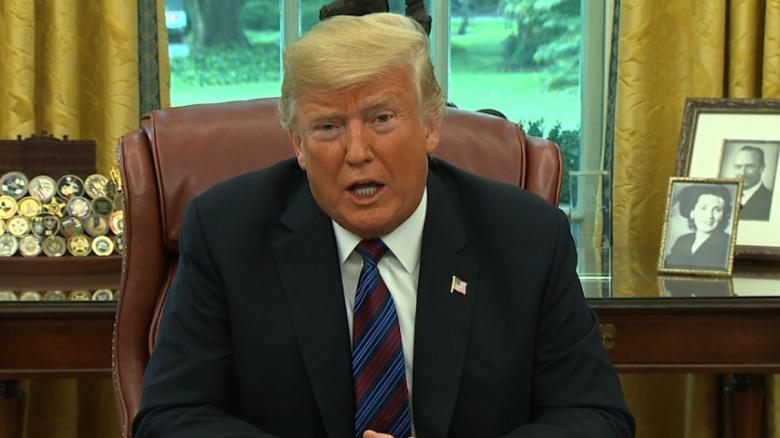 US dairy farmers are hoping a new NAFTA deal will offer relief from Canadian tariffs.Canada keeps strict import quotas on dairy products and applies steep tariffs on products coming in that exceed the quota. The tariffs range from 200% to 300%.

President Donald Trump has made it clear that he wants Canada to make a concession on dairy imports during negotiations, which reconvened Wednesday.

Access to Canada’s dairy market wasn’t part of the original NAFTA deal, which generally lifted all tariffs on goods traded between Canada, Mexico, and the United States.

As recently as last year, Canada imposed even more protections for its dairy industry by creating a special pricing system. It made it cheaper for Canadian farmers to buy milk ingredients, like whey protein, from domestic suppliers.

The move hurt a few big dairy companies based in New York and Wisconsin, said Andrew Novakovic, a professor of agricultural economics at Cornell University.

Some of the United States’ 40,000 dairy farmers say they have also been hurt this year by tariffs imposed by China and Mexico in retaliation to those imposed by President Trump on imports of steel and aluminum.

“Our dairy farmers are facing dire economic conditions this year, and the Canadian pricing scheme and tariffs are curtailing much-needed markets for US dairy products,” said Jim Mulhern, president and CEO of the National Milk Producers Federation, earlier this year.

Several industry groups have lobbied for a rewrite of NAFTA to eliminate or reduce Canadian tariffs on dairy, as well as the recently implemented barriers to imports of milk ingredients.

Overall, the NAFTA deal struck in 1994, has been good for US dairy farmers because it opened up the market in Mexico. Dairy exports to Mexico have increased five-fold since the trade deal was enacted, according to the International Dairy Foods Association.

Canada is far from the only country to protect its dairy industry. Many countries help out their farmers with quotas, tariffs and pricing systems. The United States has tariffs on some milk products, too, and American farmers benefit from government subsidies.

US dairy farmers have the support of at least 68 members of Congress from both sides of the aisle. The legislators urged top US negotiator Robert Lighthizer to make sure a new NAFTA deal would address Canada’s protectionist dairy policies in a letter sent in April. Congress must ultimately approve a new version of NAFTA.

Last week — after about a year of negotiations — Trump struck a preliminary trade agreement with Mexico and threatened to leave Canada out of an updated version of the three-country pact. But negotiators from all three countries have said they will continue to work toward a trilateral deal.

The Trump administration notified Congress last week that it could enter into a new trade deal with Mexico, but legislative procedure would allow Canada to enter into the agreement up until September 30 — when the text of the trade pact must be submitted to Congress.

“I’m not going to negotiate in public, but what I have said time and time again is that our government, and I personally, will stand up to defend supply management and our dairy farmers,” Trudeau said on Friday.

Canadian dairy farmers have relied on the protectionist policies since the 1980s.

“If Canada has to give up and reform the whole (dairy) system, it’s going to have a gigantic impact,” Novakovic said.

Canada is the United States’ second biggest trading partner in dairy, after China. But it makes up a small amount of all the goods traded between the two countries. Auto parts and vehicles make up a much larger portion, and President Trump has threatened to put tariffs on Canada’s auto exports if the two don’t come to a deal.