meta Top dairy farming family’s hi-tech approach to animal health :: The Bullvine - The Dairy Information You Want To Know When You Need It 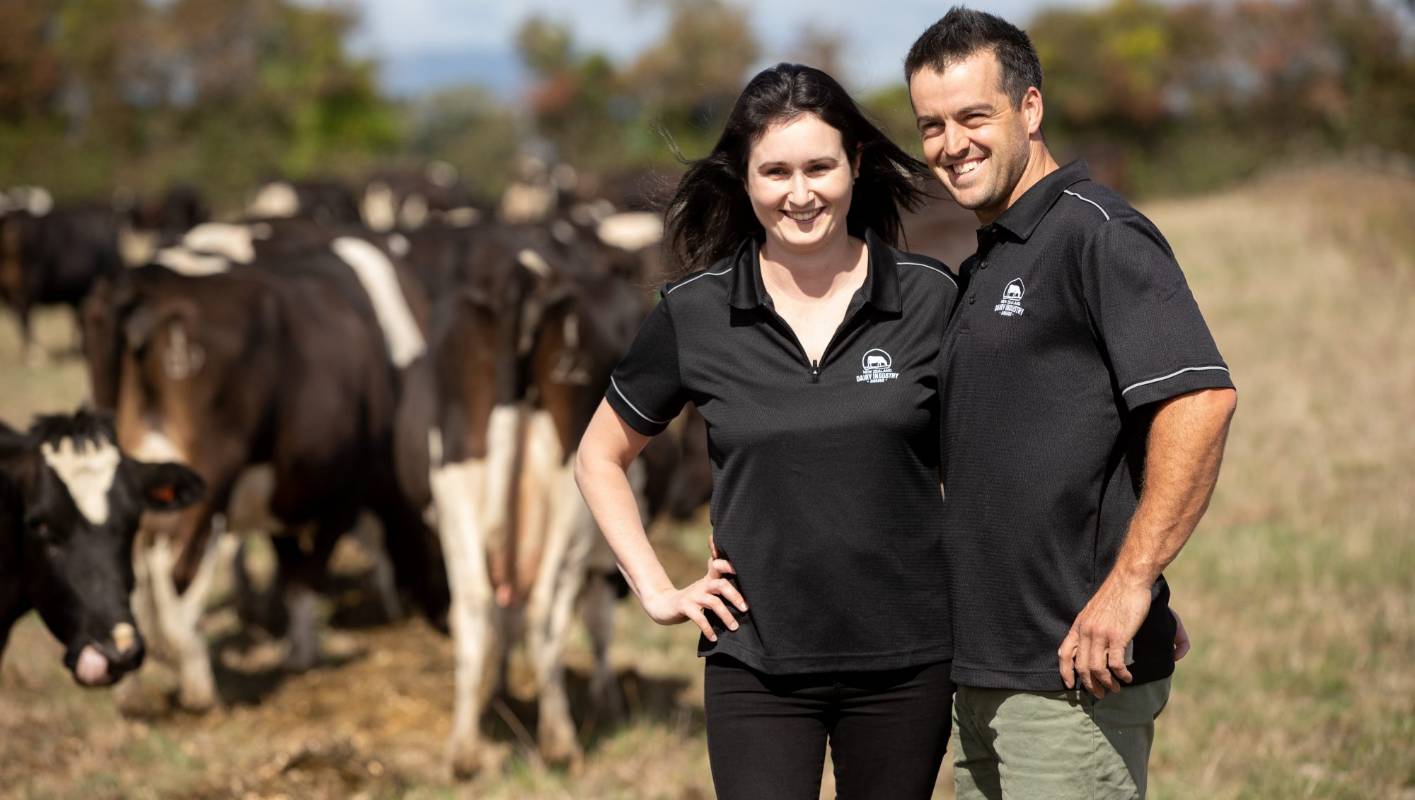 Sarah and Aidan Stevenson, both 31, say that since adopting hi-tech ear tags to monitor their dairy herd, cow deaths have reduced from 4 per cent to 2 per cent a year.

Aidan Stevenson said the devices can also tell if a cow is in heat, which has improved the mating success of the herd.

The ear tags work by monitoring the cow’s temperature and activity, with data transmitted to routers placed around the farm. If a cow’s temperature changes or their activity levels drop, an alert is sent to the farmer’s mobile phone.

The were among the first to use of the tags, which had lead to early detection of illness, and therefore earlier treatment, Sarah Stevenson said.

The couple recently won the Share Farmer of the Year category at the Waikato Dairy Industry Awards.

Sarah Stevenson grew up dairy farming and is the sixth generation of her family to farm. The family had been on a farm near Morrinsville for the last 20 years but farmed in the Bay of Plenty before that.

“It was dad’s herd and we feel a lot of attachment to both the land and the cows, so to still have those in the family is amazing,” Sarah Stevenson said.

Aidan Stevenson grew up on a lifestyle block in Morrinsville and worked as a builder before before becoming a farmer.

Sarah Stevenson looked after their three young children and took care of the office administration. A registered chartered accountant, she still worked part time for a company in Matamata, but was currently on maternity leave with her 10-month-old son Zac. Aidan Stevenson runs the farm.

The couple had been farming together for eight years and sell their milk to Tatua. They had no plans to diversify away from dairy but were interested in either taking on another sharemilking job or lease farm.

“My grandad always said ‘stick to your knitting girl, don’t get distracted’. Dairying is what we know and love and I feel very passionate about it. We’ve got a strong focus on building equity and debt reduction, which is really important. Our main goal is farm ownership,” she said.

Dairying was a safe industry to be in to weather the storm the coronavirus had created, she said.

Milk was seen as safe and nutritious, especially because of New Zealand’s pasture based farming system, she said. The couple now reared their calves on the farm, after reducing stock numbers.

In the past they had had trouble finding sufficient quality grazing for them, which led to the decision to do it themselves. They were able to ensure calves met target live weights on time and it was easier to ensure their wellbeing, Sarah Stevenson said.

They had also been breeding bulls, as her father did.

In spring this year they we’re expecting over 40 contract calves to be born and screened for selection.

Sarah Stevenson said the future of dairying was bright, despite a raft of legislation coming down the pipeline that would affect farming operations.