meta Struggling Wisconsin dairy farmers prepare for another hit :: The Bullvine - The Dairy Information You Want To Know When You Need It 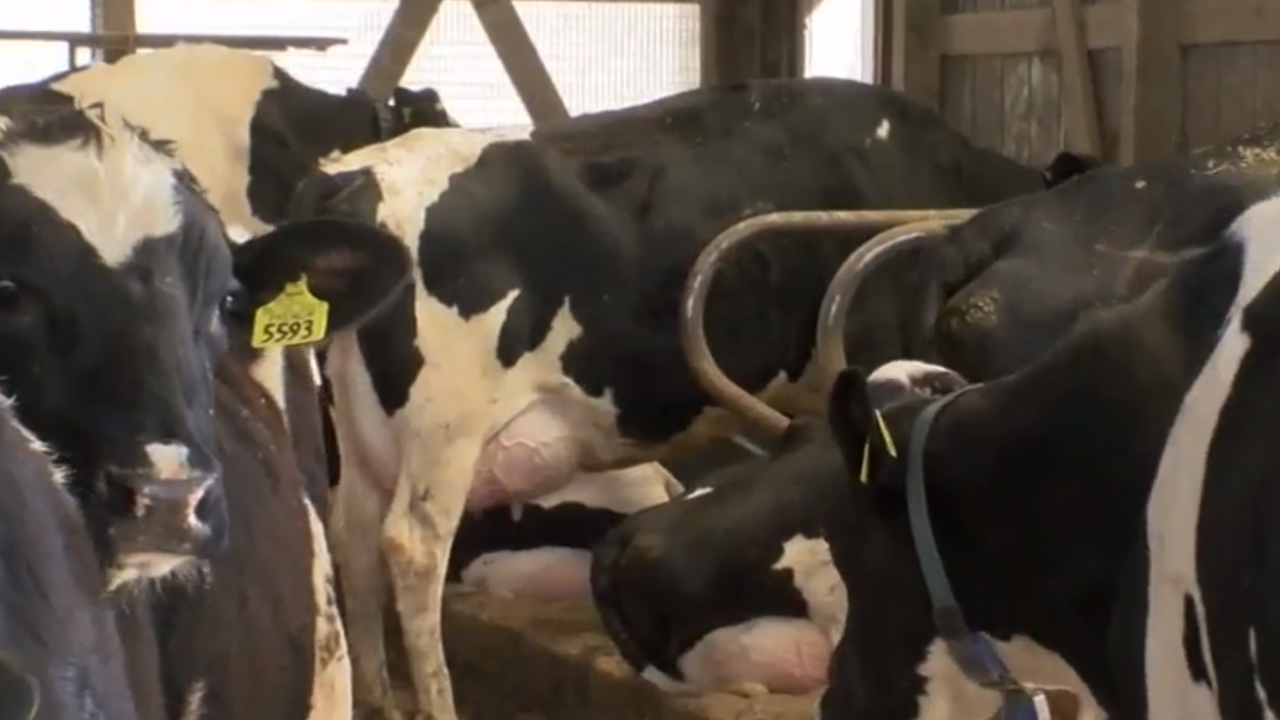 Struggling Wisconsin dairy farmers are preparing for yet another blow to their industry. China has announced it will halt American agricultural purchases due to the trade war.

Some dairy farmers said being at the Wisconsin State Fair is a getaway from the everyday issues their industry is facing.

For Mark Ulness and his family of Manitowoc County, it’s the one time of year their hard work in the barn gets recognized by the masses.

“We make sure they’re fed before we eat a lot of times,” Ulness said.

As a fifth-generation dairy farmer, Ulness has seen the ups and downs of the industry, but nothing quite like the challenges of the last five years.

“As a family farmer, it’s tough to see friends and neighbors go out, but we understand the struggles that they’re going through,” he said.

Ulness said those struggles started when dairy prices plummeted in 2014 due to a milk surplus. Tariff implications over the last few years have only made the industry’s outlook more grim.

According to the U.S. Department of Agriculture, Wisconsin lost 700 dairy farmers last year. It is the topic at the center of many political debates.

“Some of the farmers are really doing well,” President Donald Trump told a crowd in Milwaukee a few weeks ago. “We’re over the hump, we’re doing really well, and in the meantime our government has billions of dollars pouring in and that money is paid for by China.”

“As a family farmer, it’s tough to see friends and neighbors go out, but we understand the struggles that they’re going through.” —Mark Ulness

“He had two friends already this year commit suicide because of dairy farming,” Larson said.

Ulness is thankful his farm is still afloat, but it’s come with sacrifices.

“My wife has a job off the farm, and a lot of times she’d prefer just to be at the farm working,” he said.