meta Semex’s Storied Val-Bisson Doorman Passes Away :: The Bullvine - The Dairy Information You Want To Know When You Need It 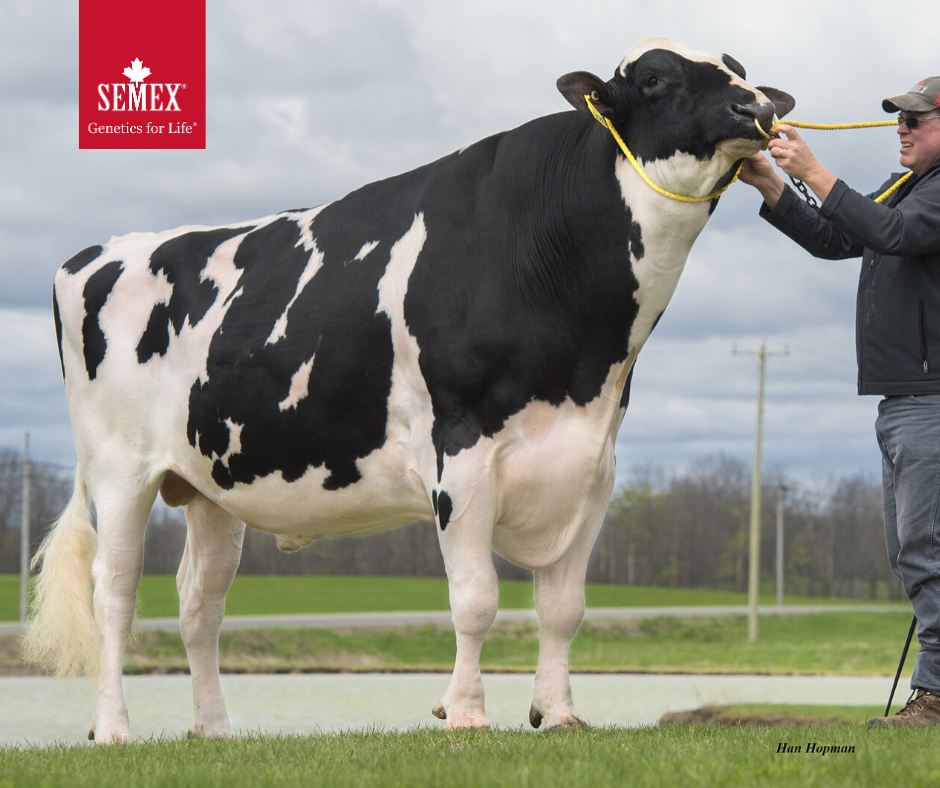 Semex is saddened to announce the passing of one of the most globally popular sires of our time, Val-Bisson Doorman.

A one-of-a-kind bull, Doorman was one of the first bulls to greatly benefit from the advent of genomics. His non-genomic parent average gave him modest PTAT and GTPI figures, at breed average. But, with his genomic information, he was released as a proven sire in December 2015 at +4.59 PTAT with a +2439 GTPI, +4.2 PL and a low 2.51 SCS. This, with a pedigree virtually laced with Holstein royalty including Goldwyn, Prelude, Blackstar, Chief Mark, Shottle, Rudolph and Starbuck, it seemed Doorman was born to be the modern transmitter of elite type and show style.

“From the moment we introduced him as a Genomax® and Immunity+® sire, he was extremely popular – to the point that even though he was a good producer, he simply could not meet the extreme demand,” says Brad Sayles, Semex Chief Operating Officer.

What truly lit the fire in Doorman sales, however, were his daughters. Initially breeders loved their calves and then came back wanting to use him again and again as his milking daughters arrived. With too many Grand Champions and Premier Sire awards to list, breeders everywhere appreciated his dominance regardless of venue or nation – Doorman was the modern Sire of Champions, a legacy to be felt for years upon years to come.