meta Saying tariffs are driving down prices, Northeast US dairy co-op seeks government help :: The Bullvine - The Dairy Information You Want To Know When You Need It 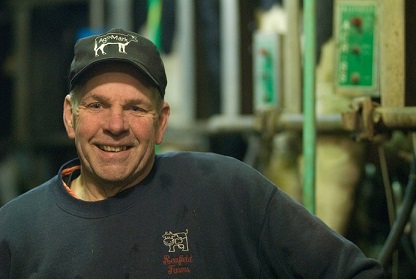 The announcement of Canadian tariffs on American goods, part of trade war with the United States, has led to the collapse of dairy prices, says the leader of one of the largest dairy co-operatives in the Northeast.

Neal Rea, a dairy farmer in Cambridge, in Washington County, said the collapse came just when it looked like dairy farmers were getting a break.

“After more than three years of extremely low income, farm milk prices were finally rising earlier this month (June) with strong cheese, butter and nonfat dry milk market prices. When tariffs were announced, prices collapsed overnight,” he said in a release from Agri-Mark, a dairy co-op with members in New York and New England.

The Andover, Massachusetts—headquartered co-op has sent a letter to the U.S. secretary of agriculture asking him to “use his authority to set minimum wholesale price floors for butter at $2.30 per pound, cheddar cheese at $1.64 per pound; and nonfat dry milk at 81 cents per pound,” the release said.

Those prices, the release added, are lower than the prices reached in June.

Robert Wellington, an economist for the co-op, said the U.S. dairy industry has been exporting about 18 percent of all production and that Canada and Mexico are among the top five buyers of U.S. dairy products.

Agri-Mark is inviting leaders of dairy co-ops around the nation to summit in Albany, in August, said spokesman Doug DiMento.