meta Pennsylvania Dairies Have Advantages Over Idaho :: The Bullvine - The Dairy Information You Want To Know When You Need It

Pennsylvania Dairies Have Advantages Over Idaho 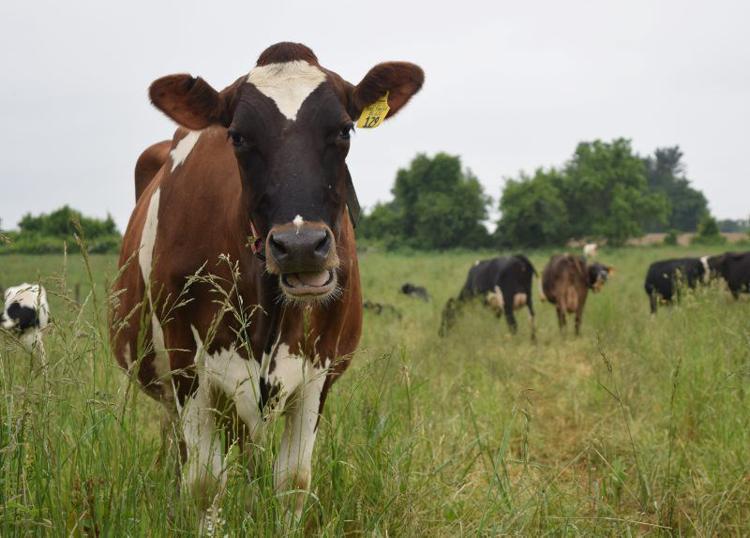 As tough as times are for dairy farmers in Pennsylvania, farmers in Idaho in some ways have even fewer protections, according to a farmer who knows both states.

Brubaker is a third-generation dairy farmer who got his start on a 77-cow tie stall in Lancaster County and was named a Pennsylvania Master Farmer in 1988.

He left for Idaho that decade at a bleak time for Pennsylvania dairy farmers.

He found himself in a place where farmers have less pricing power than in his home state.

Only the northern tip of Idaho is part of a Federal Milk Marketing Order. Most of the cows are in southern Idaho, outside the federal order.

Federal orders are designed to assure dairy farmers a reasonable minimum price for their milk and prevent wild fluctuations in consumer milk prices throughout the year.

“When you have an unregulated area, you tend to have cheap milk,” Brubaker said.

That’s made the area attractive to processors, including foreign companies like Ireland-based Glanbia.

Dairy farmer cooperatives, however, don’t have much of a foothold in Idaho.

There are a few farmer-owned processors like Idaho Milk Products, which three of the nation’s largest independent dairy farms opened in 2009 after being frustrated by low milk prices.

Unlike the large corporate processors, Idaho Milk Products allowed Brubaker to show photos of its plant during his presentation.

“That is the difference you get versus some of the foreign processors,” he said.

Idaho does have a history of edginess about the representation of its dairy industry.

It is one of several states that, peeved by undercover investigations by animal-welfare groups, passed a law to make secret recordings or photography of farms illegal.

In Idaho and other states, these “ag gag” laws have largely been struck down for abridging free speech rights.

Brubaker said Idaho farmers haven’t gotten as much help as they’d like from the dairy checkoff.

So in 2017, they created a new checkoff-funded nonprofit, Dairy West, that does promotion, education and advocacy for Idaho and Utah farmers.

Brubaker is the group’s vice president.

Idaho’s climate is also a lot different from Pennsylvania’s.

Brubaker’s area usually gets about 9 inches of rain a year, including snow melt.

“We enjoy the sun. We take advantage of it,” Brubaker said.

His cows can be outside pretty much every day of the year.

There’s plenty of shade for the cows, though, when temperatures reach 90 degrees or more in July.

Compared to Pennsylvania soils, Idaho’s are more alkaline and need sulfur fertilizer along with lots of irrigation.

Brubaker can usually take off five cuttings of hay per year. His crop rotation is silage, alfalfa, orchardgrass and wheat.

Pennsylvania got to show off one of its advantages when the state Milk Marketing Board held a listening session during the summit.

Board chairman Rob Barley listened to attendees air their grievances and offer ideas for improving the industry’s beleaguered state.

Farmers and industry professionals agreed that dairy needed a more cohesive message in talking with consumers and retailers.

“The stronger, the more unified, the more people we have behind that voice, that helps,” said Gail Street, senior vice president of the American Dairy Association Northeast.

Moderator Caroline Zimmerman said that all dairy farmers need to be self-marketers, using social media and hosting farm tours to create connections that consumers want with their food producers.

“We live in a feeling-based society,” Zimmerman said.