meta New Zealand protesters demand stop to dairy farm development :: The Bullvine - The Dairy Information You Want To Know When You Need It 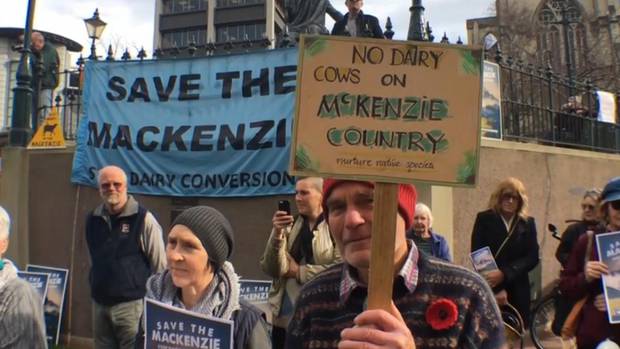 Protesters tried to storm the office of a Dunedin accountant yesterday demanding he stop his plans for a large dairy farm development in the Mackenzie Basin.

About 100 environmental activists from Greenpeace and Oil Free Otago were joined by members of the public as they marched up Stuart St to the office of Dunedin accountant Murray Valentine, who plans to build a 4500ha dairy farm at Simon’s Pass near Twizel.

Mr Valentine was not in the building and his office in an building on the corner of Smith and Stuart St was locked when the protesters arrived.

A petition calling on him to stop his plans was left at the office.

Earlier on the protesters gathered in the Octagon to denounce the plans which they say will destroy the ecological and environmental habitat of the area.