meta New A2 milk clinical trial with children has big implications both for child nutrition and also for the dairy industry :: The Bullvine - The Dairy Information You Want To Know When You Need It 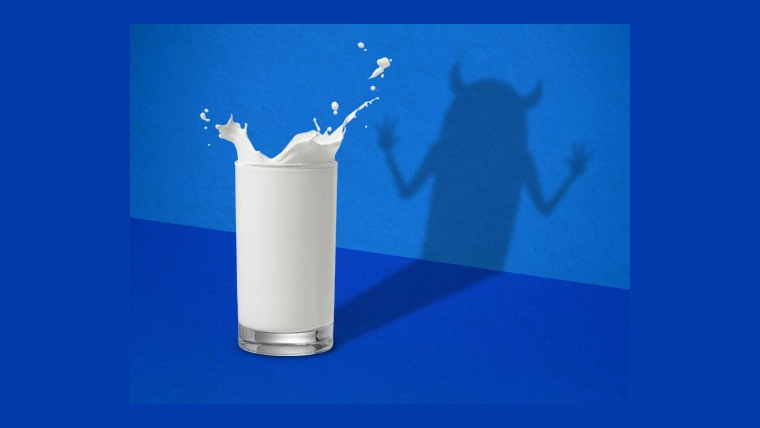 A new paper relating to A2 milk has been published this month in the Journal of Pediatric Gastroenterology and Nutrition (JPGN). The paper provides strong evidence from a clinical trial with pre-school children in China that A1 beta-casein relative to A2 beta-casein has negative effects on both digestion and cognitive performance.

The evidence is sufficiently strong that those who have argued until now that A2 milk is just a marketing gimmick will find it increasingly difficult to sustain that argument.  This has major implications for the mainstream dairy industry which continues to downplay the A1 versus A2 issue.

For those new to the debate, A2 milk comes from A2 cows, with these cows naturally producing milk free of A1 beta-casein. As background, there is no A1 beta-casein in human milk or goat milk or sheep milk. Cows are the only species that produce A1 beta-casein, and it is found in a high proportion of cows of European origin.

The strength of this latest paper is not just what is new but how it builds on prior research. Through confirmation, it provides credibility to that prior research.

The paper also gains credibility from where it is published. The JPGN, where this latest paper is published, is the official journal of the European and North American Societies of Pediatric Gastroenterology, Hepatology and Nutrition.

The trial was with 80 pre-school-age children. The trial compared ordinary milk containing a mix of A1 and A2 beta casein (hereafter called ‘A1’) with a milk product where all of the beta-casein was A2.  Most of the children were showing early signs of intolerance to conventional milk prior to the study.

The trial provided exceptionally strong evidence across a wide range of measures. When the children were consuming the A1 milk, they had more digestive discomfort, their faeces were of a different consistency, they produced less of the desirable fatty acids in their digestive system, they had elevated  beta-casomorphin in their blood, they had increased inflammatory markers in their blood, and their cognitive performance on a  standardised computerised test of response times was inferior. The paper is available here.

For those who are statistically minded, many of the results were at significance levels of p<.001. This is much higher – more than 50 times – what is normally required to provide acceptance of a genuine effect. The crossover design is the ideal method for reducing chance effects, and double-blinding of both participants and scientific supervisors is also best practice.

None of the results came as a surprise. All results were hypothesised based on prior research and with the biochemical pathways increasingly understood. However, this trial has tested those hypotheses in a rigorous setting and with pre-school children. This was the first time such a trial had been undertaken with children of any age.

I had been waiting for the publication of this paper for two years. The trial itself was in 2016. It is the third of three major related pieces of research conducted in China.

It has been a frustrating wait for publication. When I inquired, all I could find out was that a key researcher was very ill and this was causing the delay.  I had to hope that the health issue would be solved and that this was indeed the full story. It now seems that it was.

The first of these Chinese studies, which I call ‘China1’, was published in April 2016 with Jianqin Sun from Shanghai’s Fudan University as the lead author. It provided very powerful evidence, also from a crossover design, that A1 beta-casein slowed down the transit of food through the digestive system, that it caused inflammation, and that there were cognition effects using the computerised test of response rates and response accuracy.

Unfortunately, the China1 paper is not easy to read. Even scientists can get confused and misinterpret the strength of the results unless they spend many hours exploring the detail. Also, although the design was very strong, those who did not understand the strength of the crossover design were always going to be sceptical because the trial only involved 45 people.  Hence, I always knew that trial would not have the public impact that it deserved.

As a consequence, although I have written about ‘China1’ for scientific audiences, and discussed it at seminars, I have never discussed it in the mainstream media. I decided to wait for ‘China2’ and ‘China3’.

China2, also known as the ‘Three Cities Study’ involved more than 600 people in Beijing, Shanghai and Guangzhou who were tested for intolerance for A1 versus A2 beta-casein. The paper is available here.

China2, like China 1, provided strong evidence of intolerance but given the number of people involved, the design was much simpler and only limited measurements were taken. It had more impact in the public arena than China1, in part because it was easy to understand, and also because people were impressed by the large number of participants. But there was less science.

Despite studying and writing about the science behind A1 and A2 milk for fifteen years, I still chose to say nothing in public about China2. I wanted to wait for China3 with its in-depth study of pre-school children.

In the meantime, there was another published paper from the China-based studies. Blood samples from China1 were sent to American researchers who analysed them for their beta-casomorphin7 content and also their levels of antioxidant glutathione. Once again, they found important differences that gave scientific insights beyond the immediate clinical effects. That paper is available here.

Taking all of the China studies together, I now have the confidence to say publicly that this is a very impressive body of evidence from a range of scientists from top-level Chinese institutions and international collaborators. The combined effect will be to influence all Chinese dairy companies and also international dairy companies with a China-focus to commit themselves to A2 dairy products. Their success in China now depends on it.

In Western countries, there will still be scepticism, with more evidence required from studies undertaken in Western countries before the sceptics are convinced. However, while that debate will continue, there are now increasing quantities of A2 dairy products in supermarkets of the world. That includes all across Australia, much of the USA and the United Kingdom, increasingly in New Zealand and even in Moscow.

Of course, the evidence for dairy products free of A1 beta-casein goes well beyond the clinical effects investigated in the China studies. It is now well over 20 years since Professor Bob Elliott from Auckland University and Professor Robert Cade from Florida started writing independently about the effects of the A1-derived beta-casomorphin7 on wide ranging medical conditions.  Back in 2007, I wrote a book about their work and that of other scientists who followed, which I called ‘Devil in the Milk’. At least now, when I write about the ‘milk devil’, I know that people in many Western countries do have the opportunity to buy A2 dairy products should they wish to. Until recently that was not the case.