meta NAFTA – Dairy not sounding like deal breaker :: The Bullvine - The Dairy Information You Want To Know When You Need It 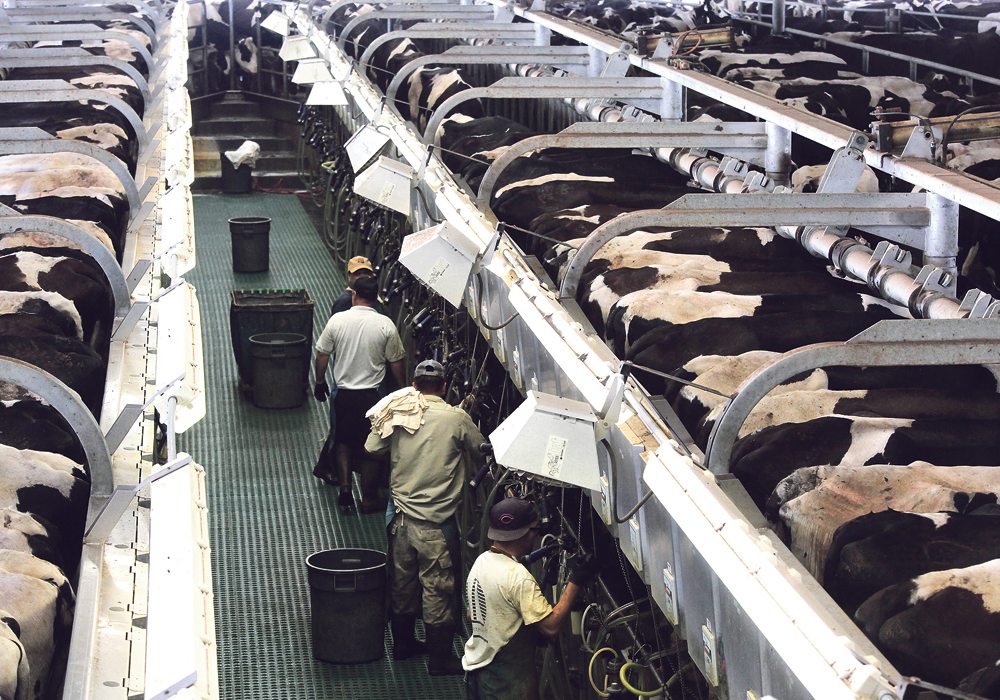 The supply management issue erupted early in U.S. President Donald Trump’s presidency when he condemned Canada’s system and used it as an example of how NAFTA was a bad deal and Canada was taking advantage of the United States.

It was the only specific NAFTA complaint about agricultural trade raised by a number of Washington players in meetings with North American Agricultural Journalists.

“(American farmers) believe that Canada’s supply management program has not only prevented … the access for their products going up there, but it’s also resulted in surpluses of products that then are dumped onto world markets.”

Both Republican and Democratic members of Congress complained about Canada’s system but did not express a desire to allow the issue to kill NAFTA.

“I know that the Canadians are a tad bit more adamant with regards to the positions that they are taking,” said Senator Pat Roberts of Kansas, the Senate agriculture committee chair, noting that issues with Mexico appear to be getting resolved more easily.

However, with U.S. farmers earning only about half as much today as they were five years ago, reapproving NAFTA would be a much-needed bit of reassurance, Roberts said.

“Some of our producers are really on the edge,” said Roberts.

The supply management issue erupted early in U.S. President Donald Trump’s presidency, with him condemning Canada’s system during a visit to Wisconsin dairy country and it being used as an example of how the president sees NAFTA as a bad deal and Canada taking advantage of the United States.

Collin Peterson, a Democratic representative from Minnesota who is a long-time critic of Canada’s system, said he was resigned to seeing supply management survive and just wanted to see NAFTA survive, too.

“I told people Canada’s not going to do anything about dairy,” said Peterson.

“I’m not going to be disappointed because I never thought that anything was going to happen. I’d be happy if they don’t screw up the dairy market in Mexico.”

Censky and Roberts said they had become more confident recently about NAFTA surviving.

“I’m optimistic that they will end well,” Censky said of the negotiations.

However, he said the U.S. wants its concerns with all of Canada’s supply managed systems addressed.

Roberts said he had just spoken with Robert Lighthizer, the U.S. Trade Representative, and “he indicated to me that he’s optimistic about NAFTA, and that would certainly be great news in agriculture. We need some sunshine, some light at the end of the tunnel.”

As they spoke, Canadian, Mexican and U.S. officials were meeting in Washington to attempt to put together a provisional deal.