meta Jan Schuiteman co-founder of Trans Ova retires :: The Bullvine - The Dairy Information You Want To Know When You Need It 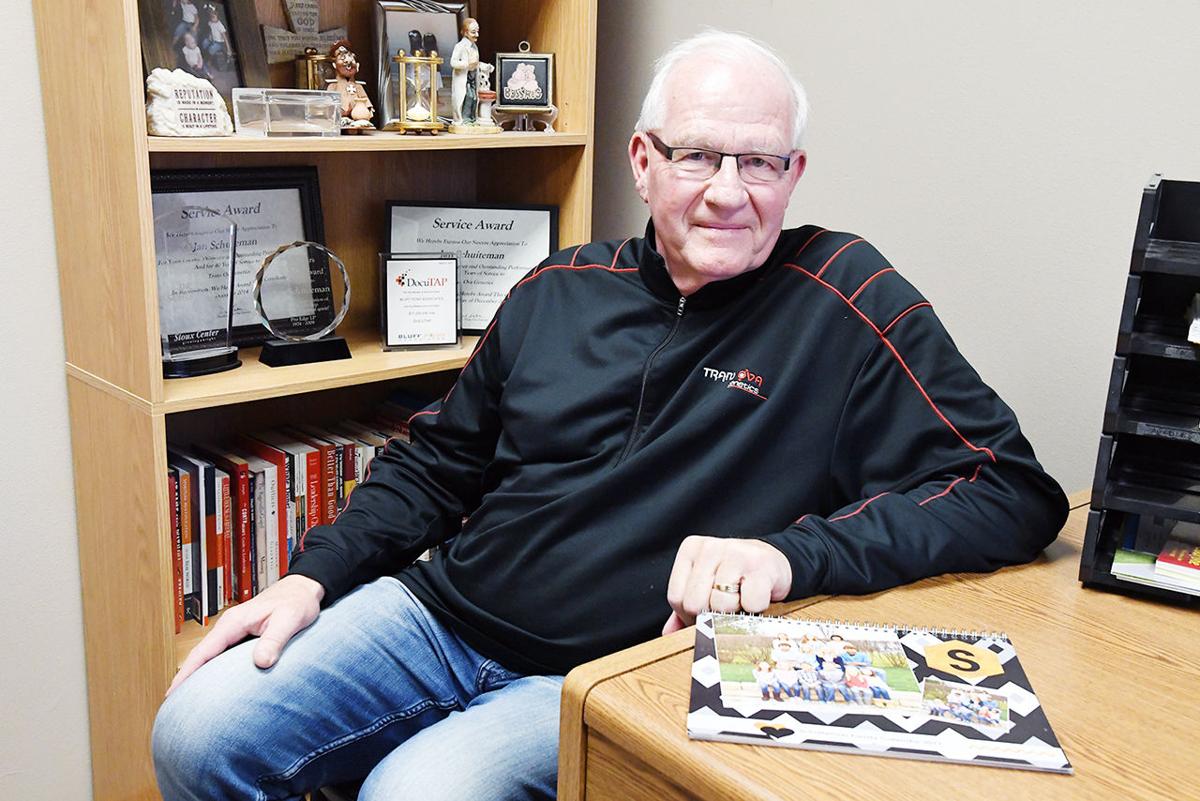 Upon reaching retirement and looking at his past 43 years, Jan Schuiteman sums up that time in one sentence.

“It has been an interesting journey in a lot of different directions,” said the 69-year-old Sioux Center native and now Orange City resident.

While his retirement Nov. 3 was technically from Trans Ova Genetics, Schuiteman is co-founder of many agribusinesses in the county. Those businesses stem back to 1974 when he received his veterinarian degree from Iowa State’s College of Veterinary Medicine. Following the completion of his education, he was one of the founders of the Ireton Veterinary Clinic. With a team about 10 years later, Schuiteman established a technical agribusiness called Pro Edge LTD that had three operating companies:

Other entrepreneurial businesses that stemmed from those agribusinesses include Examplar Genetics, Vet Pharm Inc. and Sioux Biochemical Inc.

Agribusiness pioneer
All of the businesses have more than Schuiteman in common; they are all based in Sioux Center.

“I really don’t see myself as a pioneer; I think there are a lot more people that did a lot more pioneering than I have done,” Schuiteman said. “I suppose if you look at it all from the outside, you could say that’s what we did in starting these businesses. From our perspective, we just did what we thought was good for the community.”

Schuiteman said all of these businesses exist today because the group who started the Ireton vet clinic had an entrepreneurial spirit.

The “we” Schuiteman refers to are five men he’s had the privilege in partnering with for more than three decades – Mike Daniels, Dave Faber, Daryl Funk, Dave Smidt and Paul Van Roekel.

“We felt there were opportunities in animal agriculture to build agribusinesses with the knowledge that we had gained in veterinary school,” Schuiteman said.

County support
The Sioux County native and oldest of eight children believed then as he does today that this area remains a great place to build ag-based business.

“There are so many great people here who have ag and farm backgrounds and the work ethic in this area can’t be beat,” Schuiteman said. “There are two great liberal arts colleges with Dordt and Northwestern; we’ve hired a lot of great people from those colleges. Also, there’s been so much support of the community and support of people at the bank who helped fund some crazy ideas. It’s a growing, vibrant community. You think it might be hard to attract good people to come here but in a lot of ways it’s not.”

Schuiteman credits the success of all the businesses to employees.

“I think the key was hiring people smarter than me and getting out of their way,” he said. “They are the ones who’ve helped these businesses grow.”

Schuiteman claims he didn’t “know enough to lead anything” so his role in the past four decades focused on encouraging and helping support “the great young leaders” who joined him at the vet clinic in their business endeavors.

“Because we had such good team members, we could work together and put our strengths together and build really good ag-related companies,” he said. “We have been blessed more than we should have been.”

Retirement
Three years ago, Schuiteman said he couldn’t have told you when he was going to retire.

Schuiteman and his wife Bev have four children and 14 grandchildren. Schuiteman hopes to see a lot more of them in his free time and to continue supporting his children in their endeavors.

“Our family has a bad disease of starting businesses,” he said, with a laugh.

Sons Justin and Jay Schuiteman began Ground Effects in Sioux Center. Jay remains with the business whereas Justin moved on to help start a new business called I-29, which sells apparel material to colleges and high schools. Son John Schuiteman started up and owns Jonny’s Place in Orange City and his son-in-law Eric McDonald [married to daughter Julie] started DocuTAP, which is an electronic medical records system for urgent care.

“Other than that, I enjoy yard work and working with our church,” Schuiteman said. “We’ve been really blessed, and I think our job now is to continue to keep blessing people.”

ATLAS support
Some of the blessing will continue to be though ATLAS. Schuiteman is, after all, one of the founding members of ATLAS Group, a nonprofit organization that provides mentors or “Christian friends,” to address unmet needs of a community. ATLAS currently has offices in 12 communities, including Sioux Center.

Schuiteman said he and the founding ATLAS Group members saw a lot of support for infrastructure but thought there was a need to really invest and support the people.
“We were just a bunch of guys that thought, what could we do for Sioux Center?” he said. “The image we use at ATLAS is a group of people walking along a road and occasionally one falls into a ‘pothole.’ Sometimes we need people to give us a helping hand to get out of that pothole or to stay away from that pothole.

He never dreamed this entity, too, would grow as all the other businesses he has been a part of grew.

“Blessed – that’s all I can say; that God really blessed all these things,” he said.