meta India’s Sacred Cow Now Threatens an $83 Billion Dairy Industry :: The Bullvine - The Dairy Information You Want To Know When You Need It 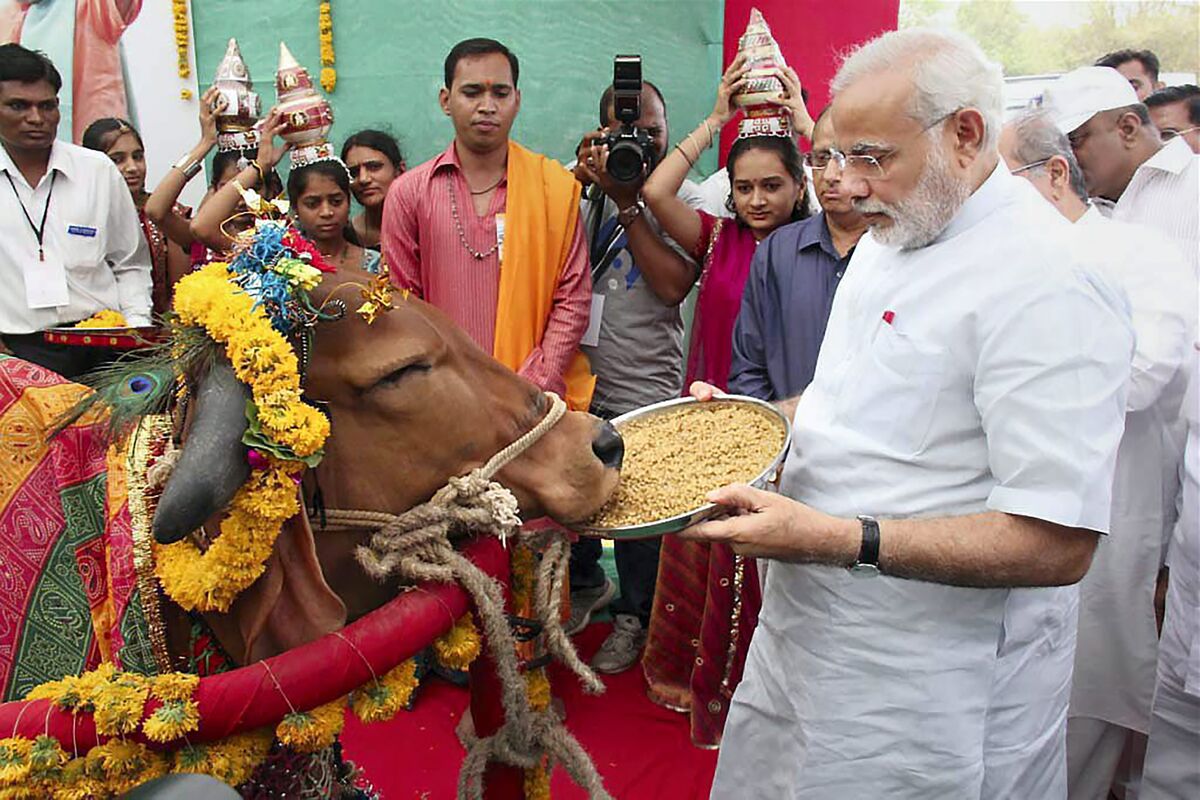 Violence against cattle owners—in a Hindu-majority country under a populist government—resulted in 11 deaths last year.

There’s a nursing home on the outskirts of New Delhi that offers free food and lodging, a well-resourced hospital, and 300 attendants to cater to residents’ every need. Its clients are cows.

The Shri Krishna Gaushala, a 37-acre (15-hectare) sanctuary with a duck pond and a 150 million rupee ($2.4 million) annual budget, is one of thousands of havens in India for abandoned, sick, and unproductive cows. Their ranks have swelled since Prime Minister Narendra Modi’s government moved in May to ban the sale of cattle destined for slaughter at animal markets across the country.

Cows are considered sacred by many in India’s Hindu majority. The victory of Modi’s Hindu nationalist Bharatiya Janata Party in 2014 national elections has emboldened groups seeking to protect the animals. Since then, attacks on cattle traders have multiplied. Although India’s Supreme Court blocked the May ban from taking effect, some cow-protection groups sought to enforce it anyway. Many states already have their own prohibitions on the slaughter of cattle, and some have been tightened.

It’s not just slaughterhouses and leather tanneries that are affected. Deprived of the option of turning their spent milkers into hamburgers, the farmers who make up India’s 5.3 trillion rupee dairy industry have little incentive to expand their herds, which threatens government plans to expand the milk supply.

“There is no demand for cows in the cattle markets, and if we abandon them on the road, they destroy our crops,” says Puranmasi Verma, 62, a dairy farmer from Uttar Pradesh who owns two cows and three water buffaloes but is switching over entirely to water buffaloes. “It’s a complete loss.”

Even as Indians’ appetite for milk products has been growing at an average annual rate of 4.3 percent for the past two decades, problems are piling up for the owners of the country’s 70 million small-scale dairy farms, along with the the companies that buy from them. Yogurt maker Danone SA is closing a factory near Delhi and exiting India’s market for fresh and long-life milk products to concentrate on its “best-performing” nutrition and infant-formula brands, the Paris-based company said in a Jan. 12 statement. A company representative declined further comment.

Sales of milk and dairy products are expected to climb to 10.05 trillion rupees by 2020, from 5.26 trillion rupees in 2015, according to Sharad Gupta, editor and publisher of Dairy India, an industry compendium. “When incomes rise, people spend more on dairy products,” says Rattan Sagar Khanna, chairman of Kwality Ltd., a publicly traded dairy wholesaler based in New Delhi, who sees demand for most dairy products expanding “at double digits.”

Modi’s government is almost halfway through a three-year national campaign to bolster bovine productivity. The $126 million program aims to upgrade the health and genetics of the herd and improve dairy-farm incomes. The actions of some of the government’s supporters may be blunting the effort.

Last year, 11 people died in attacks by so-called cow vigilantes—the deadliest year since IndiaSpend, a data journalism website, began tracking the hate crimes in 2010. “On suspicion that there might have been a slaughter of a cow, all these people who are going about their business legitimately are at risk of being targeted,” says Meenakshi Ganguly, South Asia director for Human Rights Watch. Modi has publicly condemned the attacks.

Prohibitions on cattle slaughter deprive farmers of more than 250 billion rupees of annual income collectively and lead to 20 million abandoned cows a year, according to D. John Chelladurai, dean of the Gandhi Research Foundation in Jalgaon, Maharashtra. “Forget about slaughterhouse transporters, even farmers can’t take their cows or bulls from one village to the other,” says Verma, the farmer in Uttar Pradesh. The state’s leadership vowed in November to jail anyone being cruel to cows, a month before calling for a cow census and an expansion of cow sanctuaries, such as the one outside Delhi.

The crackdown is driving more dairy farmers to swap their cows for water buffaloes. The beasts already produce more than half of India’s milk and are preferred by some farmers, in part because they tolerate heat better. Still, their output of 5.2 kilograms of milk a day is about a quarter less than what the country’s Holstein-cross cows average, and it’s significantly less than the 28 kilograms yielded by American cows.

Some 5,000 shelters have opened nationwide since 2011 to house abandoned cows, according to Pavan Pandit, national chairman of the cow-advocacy and protection organization Bhartiya Gau Raksha Dal, who would prefer to see the aging or injured animals remain on the farm. He says traditional beliefs about cows are backed by science. “A cow purifies the environment of a place where it sits. Cows release oxygen.” (They don’t; the animals do emit methane, a greenhouse gas that contributes to global warming.)

At the Shri Krishna Gaushala, the 8,100 bovine residents receive abundant feed and free veterinary care, thanks to the generosity of the Hindu faithful and Modi’s government, which has lavished at least 5.8 billion rupees on the refuges. “This is the government that believes that ‘cow is our mother,’ ” says Chhaganlal Gupta, the gaushala’s 81-year-old founder, while making the rounds between covered pens in an electric, three-wheeled passenger cart. “If we don’t get funding under this government, we won’t ever get funding.”