meta First Saskatchewan dairy farm approved to sell milk directly from the farm :: The Bullvine - The Dairy Information You Want To Know When You Need It 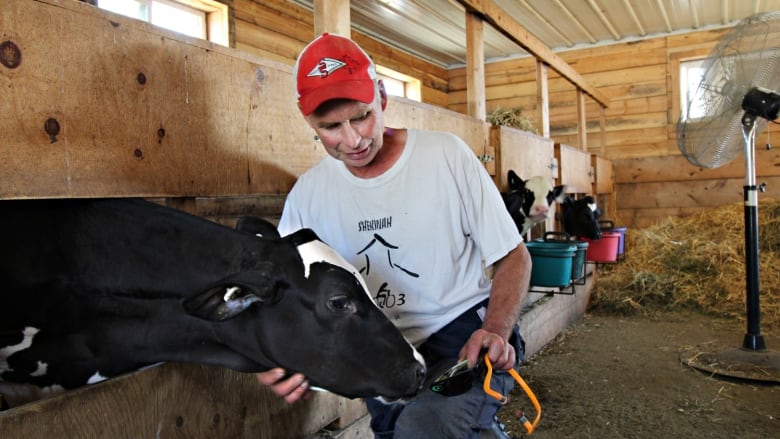 It used to be a common practice to buy milk directly from small dairies. For Martha Froese-Kooijenga, being able to sell her cows’ milk directly to regular customers is a return to a simpler time of life.

“It’s old fashioned and I like that. And people are excited about it, too. There’s a trend [toward] off-the-farm foods — the way it used to be,” she said.

Martha and her husband Bas Froese-Kooijenga own Sunnyside Dairy and Farmyard Market, a small dairy near Martensville, north of Saskatoon. They have 30 milking cows.

They recently became the first dairy in the province allowed to sell milk directly from the farmyard.

“We produce [the milk] on the farm and if we can process it and sell it from our yard — for us, it would be a nice option,” said Bas. 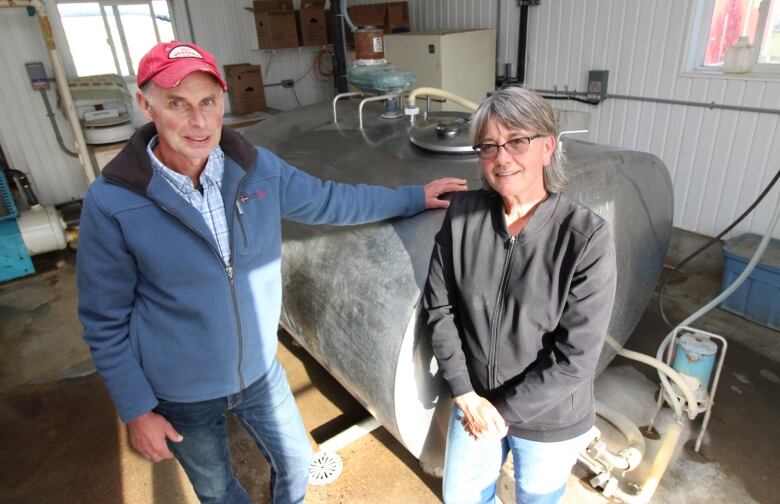 Bas and Martha Froese-Kooijenga with their milk bulk tank at their dairy. (Richard Marjan)

While health regulations will not allow anyone in Canada to sell raw milk, the Froese-Kooijengas can sell pasteurized milk as long as they abide by strict regulations. Martha took a pasteurization course earlier this year in Winnipeg.

The milk will be non-homogenized, which means the fat molecules are not broken down. The cream rises to the top.

We try to keep the cows happy. That’s the goal.– Bas Froese-Kooijenga

They’ve ordered a coin-operated Swiss milk dispenser — the second of its kind in Canada — so customers can buy milk on tap.

“Press the button and you’ll get your milk,” said Martha.

Work is underway on their pasteurization facility. The couple aims to have Sunnyside Creamery in operation this fall. 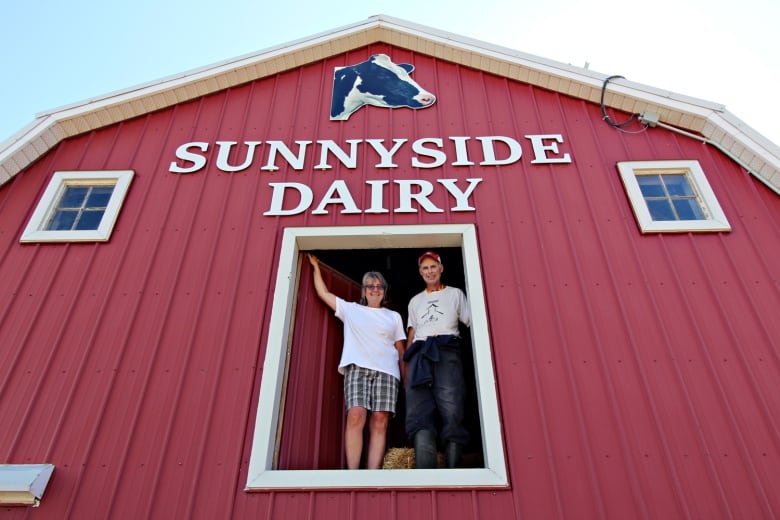 Bas and Martha Froese-Kooijenga at their Sunnyside Dairy. (Richard Marjan)

Along with the milk and cream, they’ll sell cottage cheese and butter. They hope to add cheese next year.

The couple already operates the Farmyard Market on their property. They sell their homegrown pork and grass-fed beef, homemade baking and perogies, along with products from other local farmers, market gardeners, beekeepers and craftspeople.

Martha was raised on the farm with 11 siblings. Her mom always sold cream, cottage cheese and eggs. Martha and Bas took over the operation 20 years ago. It was a natural progression to open the Farmyard Market in 2013 and to now to make the move to become a creamery.

“Every time we get these people in the store they ask for milk. They see we have a dairy and they want milk,” explained Bas.

The Froese-Kooijengas’ small cattle herd lives outside for much of the year. Bas names each cow and calf. When he’s milking the cows, he takes the time to groom and pet each one.

“We try to keep the cows happy. That’s the goal.” 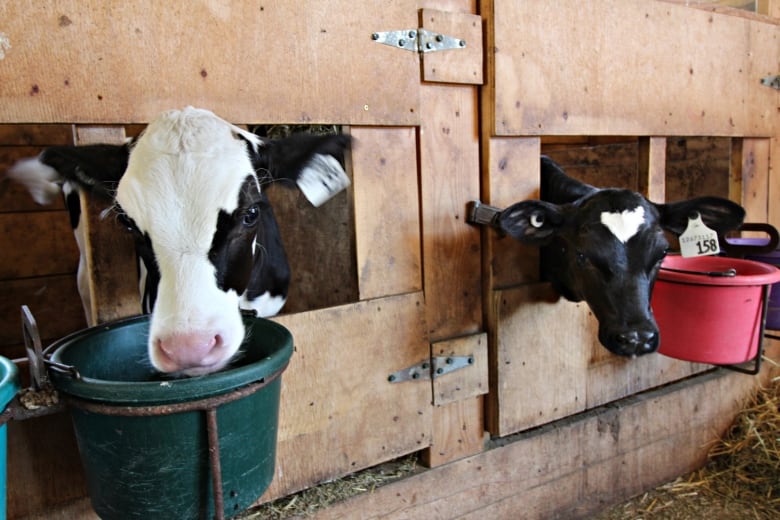