meta Elanco to become No.2 in animal health with $7.6 billion Bayer deal :: The Bullvine - The Dairy Information You Want To Know When You Need It

Elanco to become No.2 in animal health with $7.6 billion Bayer deal 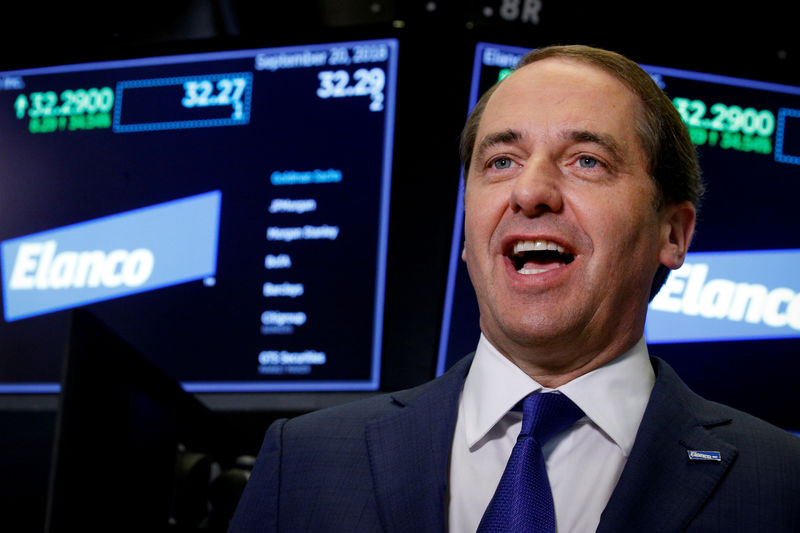 The deal is the latest in the fast-growing animal health market, which has recently seen Elanco floated by Eli Lilly and Co (N:) and rival U.S. drugmaker Pfizer (N:) also spinning off its veterinary medicine business.

It also adds to the list of assets sold by Bayer, as the German company looks to slash debt from its $63 billion takeover of seed maker Monsanto (NYSE:) last year and as it braces for a potential settlement of lawsuits over an alleged cancer-causing effect of weedkiller Roundup.

Elanco said the stock amounted to 68 million shares, or a stake of about 18.2% based on Refinitiv data, but the number of shares could rise or fall by as much as 7.5%, depending on Elanco’s share price performance on the closing date.

Refinitiv data on 373 million outstanding shares does not yet take into account the dilutive effect from an as-yet unspecified capital increase that Elanco plans to carry out.

The price tag for the deal implies a multiple of 18.8 times adjusted core earnings, Bayer said, adding it would sell the equity stake over time.

Reuters reported last month that Bayer had approached Elanco to discuss a possible combination that would be number two after industry leader Zoetis (N:) and ahead of unlisted Boehringer Ingelheim – which bought animal health assets from Sanofi (PA:) – and drugmaker Merck & Co (N:).

Market researchers expect the $44 billion animal health sector to grow 5%-6% per year, driven by an increase in livestock farming and, more importantly, by more people wanting to own pets and spending more money on their wellbeing.

Bayer is the world’s largest maker of flea and tick control products for cats and dogs, with Elanco praising its “top presence on Amazon” with “industry-leading e-commerce/retail capabilities.”

Elanco said it planned to fund the cash payout to Bayer with a combination of new debt and equity, with the size of the equity capital increase depending on future market developments.

Bayer has recently sold its 60% stake in a chemical park operator as well as consumer health brands Dr. Scholl’s and Coppertone, with combined proceeds of close to 2.4 billion euros ($2.7 billion).

Credit rating agency Moody’s said the Elanco deal would improve Bayer’s ability to reduce its debt load and shoulder an expected settlement of the Roundup cases. S&P and Fitch, in turn, flagged the risk of a credit rating downgrade for Elanco.

Equity analysts at Citi said Bayer sold near the top of the price range the brokerage had projected. It expects Bayer to buy back 3 billion euros worth of its own shares in 2020 to offset lower earnings per share from the divestments, with the remainder of the proceeds used to speed up debt payments.

Analysts have put the likely Roundup settlements at $5-$10 billion, with many saying the share price reflects exaggerated market expectations of a $20-$25 billion hit. Bayer strongly denies a carcinogenic effect from using Roundup.

Elanco said it expected the transaction to close by the middle of 2020.