meta Cows calving in mud ‘unacceptable’ :: The Bullvine - The Dairy Information You Want To Know When You Need It 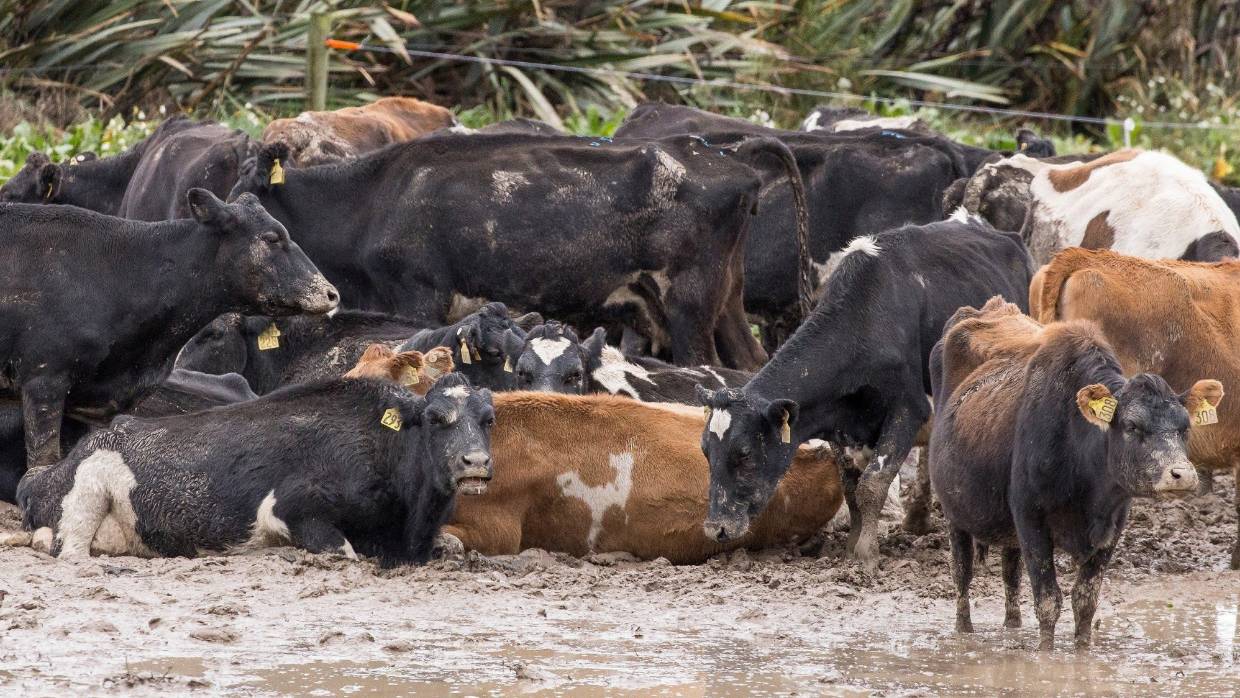 Images of cows calving in knee-deep mud while being wintered on crops are unacceptable, Agriculture Minister Damien O’Connor says.

Also known as ‘winter cropping’ or ‘winter grazing’, wintering on crops is when livestock like cattle, sheep and deer are strip fed a crop.

If not well managed, it can leave animals stranded in muddy paddocks, unable to lie down or move freely, as shown in images released last week.

O’Connor announced on Wednesday he had established a taskforce to respond to the issues associated with the practice.

“Images of cows up to their knees in mud, unable to lie down and rest and calving in these conditions is unacceptable to me and I’ve heard loud and clear from the public that it’s unacceptable to them too,” he said.

“Winter crop grazing is necessary in some parts of the country to provide enough feed for stock at a time when there’s not a lot of pasture.

“Done well, it provides animals with quality feed to keep them warm over winter. Done badly it means cattle can be knee-deep in mud which gives rise to completely justifiable concerns for their welfare.”

Winter grazing could also have environmental impacts, including the spread of sediment and nitrates into waterways, and the Government was working on ways to address those, O’Connor said.

“The Government has bottom lines on animal welfare and there are some people falling well below acceptable practice.

“Unfortunately, it’s another situation of a small number of farmers letting the side down and bringing everyone into disrepute.”

O’Connor said it was time for greater co-ordination, faster action and consequences.

The Ministry for Primary Industries’ animal welfare unit had stepped up its compliance activity and was keeping a “very close” eye on the situation.

“Our international reputation depends on getting this sort of thing right, as does our social licence to operate within New Zealand,” he said.

“I know industry groups have been working to improve wintering practices and protect animal welfare. I want to add extra impetus to that work.”

The taskforce would include vets, industry leaders and officials who could identify the issues and offer solutions.

The group was expected to meet in the next few weeks and present its first steps for dealing with the situation by the end of the month.

Environmentalist Angus Robson, who used the images to launch a campaign against intensive winter grazing, said he was happy to hear the Government was taking action.

“I’ll be even happier if they follow through,” he said.

Robson said several things could be done to improve the situation, including introducing clear standards for what was acceptable, and an infringement system similar to that used for traffic offences.

“Only the worst cases go to prosecution and it takes a lot of time and money to go through that process,” he said.

“A $200 fine for a cow not having somewhere dry to lie down is much easier to enforce than a prosecution that has to meet really tough standards.”

He also wanted to see complainants given anonymity and a 48-hour timeframe for inspectors to respond to complaints.

“They’re not big things but they would start making a difference,” he said.

“Ultimately we need to have fewer cows but we need to work towards that slowly.”