meta America’s Biggest Milk Maker Is Eyeing More Flax :: The Bullvine - The Dairy Information You Want To Know When You Need It

The plant-based milk craze is even sweeping up the biggest U.S. dairy producer.

Dean Foods Co.’s Chief Executive Officer Ralph Scozzafava said the company is debating whether to become a majority shareholder in Good Karma Foods, which makes milk and yogurt from flaxseed. The dairy company first announced a minority stake in Boulder, Colorado-based Good Karma in May 2017, without sharing the dollar value.

“It’s a really, really cool brand, and it’s growing — it grew pretty dramatically last year,” Scozzafava said in a telephone interview Tuesday. “Over the next few months, we’ll make that decision” about whether to increase the stake, he said. 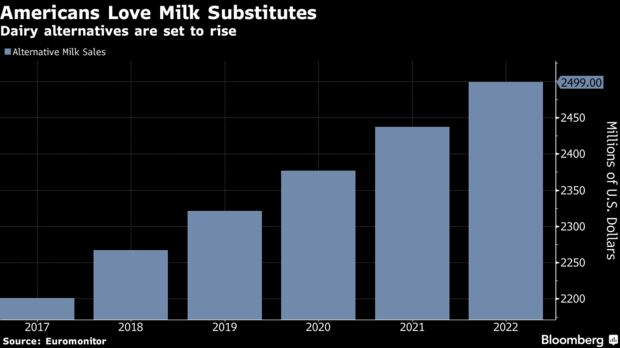 Dean’s investment in Good Karma marks a position in the businesses seeking to disrupt the dairy industry. Plant-based beverages, like almond milk, have seen demand climb in recent years, while U.S. dairy producers are grappling with a long-term decline in traditional milk demand. Dean’s shares have slumped about 52 percent in the past 12 months, and the company announced a cost-cutting plan in a turnaround bid earlier this year.

“We believe Dean Foods’ continued interest and partnership in Good Karma Foods validates we are one of the leading and fastest-growing brands to watch in the plant-based category,” Doug Radi, Good Karma’s chief executive officer, said in an emailed statement.