meta The milk that can change the world :: The Bullvine - The Dairy Information You Want To Know When You Need It

The milk that can change the world

New study seeks to understand more about milk variant – and the huge changes it potentially brings. 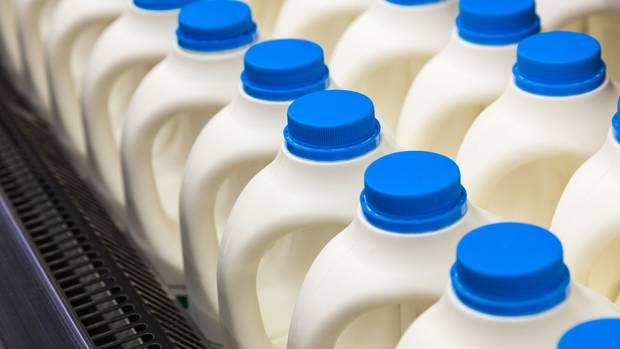 Somewhere in Auckland, 20 men and 20 women are drinking lots of milk and eating lots of cheese – and they could help change not only the digestive comfort of 65 per cent of the world’s population but the make-up of our dairy herd and the direction of the dairy industry.

The reason is A2 milk, the genetic variant supposed to aid digestion for people who find dairy products a difficult assignment to eat or drink.

Professor David Cameron-Smith and study lead Dr Amber Milan, University of Auckland researchers from the Liggins Institute, are overseeing the research, designed to learn more about A2 milk – the product which saw the a2 Milk Company become New Zealand’s biggest company by market capitalisation ($9.5 billion) in March.

Buoyed by popularity in Australia and China (many Chinese “overwhelmingly” can’t digest the lactose, say Cameron-Smith and Milan), the A2 variant is gaining attention worldwide – but it is still not fully understood why it is digested differently to conventional milk (which contains both A1 and A2 proteins).

Cameron-Smith, Milan and AgResearch conducted a trial last year involving 40 women (30 with dairy digestive problems, 10 who didn’t) drinking conventional milk, A2 milk (which has no A1 protein) and lactose-free conventional milk. They found A2 prevented some symptoms of lactose intolerance and eased others – even though it contains the same amount of lactose as conventional milk.

Lactose-free milk has a disadvantage as a product; ice cream and other dairy products made from it do not taste as good, so A2 milk has obvious potential application for those who suffer after eating dairy.

This first study did not answer all questions nor show that all symptoms are eased in everyone. After drinking a huge amount of A2 milk, it was at least as effective as lactose-free milk at preventing or easing some of the symptoms of lactose intolerance, including nausea, stomach pain and bloating. But it didn’t reduce others, like gastric reflux and flatulence, says Milan.

The daily dairy is being delivered to the participants’ homes and they are asked to eat and drink twice daily over a two-week period.

Cameron-Smith says: “This research will help us to work out who benefits [from A2 milk] and why – and whether there are any downsides. We might not be able to change the inability to digest lactose but we might be able to minimise the effect of the A1 protein and give people more digestive comfort.

“When you understand that about 65 per cent of the world’s population is lactose-intolerant, you can see how far-reaching it could be.

“It could challenge conventional milk – and may encourage New Zealand to change the genetics of the dairy herd, for example.”

Conventional milk contains both A1 and A2 proteins. It’s thought all cows originally produced only A2 – with the A1 mutation appearing thousands of years ago. In terms of herds, Jersey cows tend to produce A2, Herefords A1 milk though many New Zealand dairy cows are described by Cameron-Smith as “bitsers”.

“The study could help the decision-makers with some big decisions,” he says. “For a start 65 per cent of the world’s population is a big figure we may be able to help – and this research may help when considering whether the country needs to get behind something like A2 milk.

“We know dairy is a beneficial food and we should, as a country, be doing everything we can to continue to produce high-quality, world-class dairy.”

“The fundamental question is: At what point will this research achieve a tipping point where we can clearly delineate who will benefit from A2 milk?”

The study is due to end around the end of July.