meta Groups call for ‘mega-dairy’ moratorium :: The Bullvine - The Dairy Information You Want To Know When You Need It 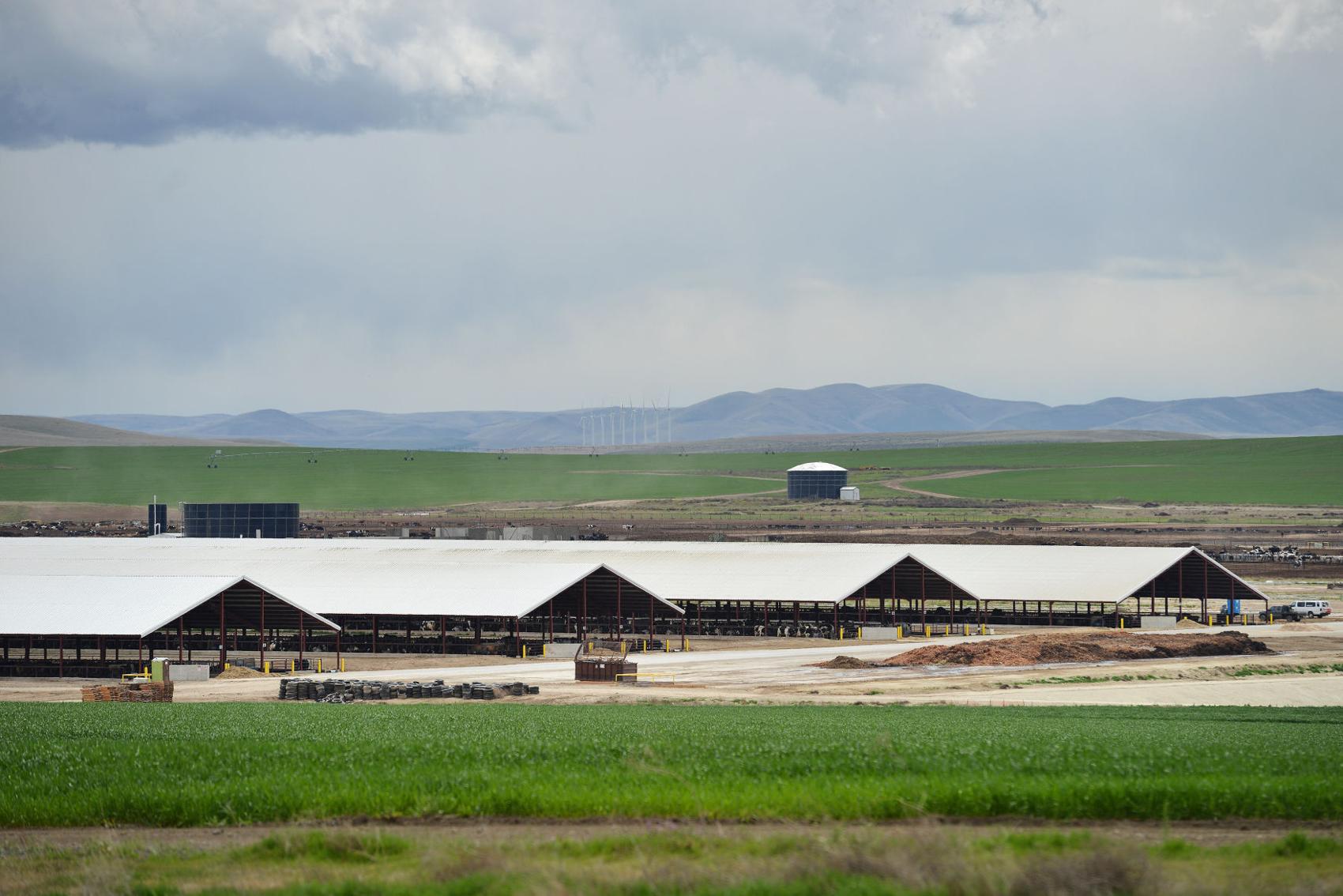 A coalition of groups is asking Oregon leaders to put a moratorium on large, commercial dairies, claiming inadequate oversight by state regulators and insufficient laws to protect the environment, animal welfare and small farms.

The request comes after the highly publicized breakdown of Lost Valley Farm near Boardman, Ore., which was permitted in March 2017 for up to 30,000 cows, making it the second-largest dairy in Oregon.

Ivan Maluski, policy director for Friends of Family Farms, said the proposed moratorium would cover any dairy with more than 2,500 cows, or dairies with at least 700 cows that do not provide the animals with seasonal daily access to pasture. It would apply only to new permits, Maluski said, and not existing operations.

“We’ve always believed the real issue here is these huge operations that have thousands, if not tens of thousands, of cows,” Maluski said.

Exhibit A in the argument for a moratorium is the state’s approval of the ill-fated Lost Valley Farm over the objections of critics who submitted more than 4,200 comments against the facility. Lost Valley began racking up violations of its wastewater management permit almost immediately after opening, with offenses ranging from overflows at open-air lagoons to improperly applying manure as fertilizer.

A bankruptcy judge put a trustee in charge of Lost Valley in September, finding that te Velde has continued his long-standing pattern of illegal drug use and gambling. The trustee, Randy Sugarman, announced he will shut down and sell the dairy by early 2019.

Maluski said the debacle — coupled with a “catastrophic decline” in small and mid-size dairy farms — make it clear the state should freeze new mega-dairies until lawmakers can consider stronger protections. He pointed to a report in August by the Oregon Employment Department that highlights the trend toward fewer but larger dairy farms since 1990. According to that report, the number of Grade A licensed dairies in Oregon fell from 520 in 1990 to 228 in 2017, a 56 percent decline.

“We’d like to see the state look at the economic impact of these mega-dairies on small and mid-size family dairy farms and also tighten up the environmental rules on these mega-dairies as well,” Maluski said. “There may need to be legislative action.”

Other groups cited air and water pollution as factors for a moratorium. Celeste Meiffren-Swango, state director with Environment Oregon, said vast quantities of concentrated manure release gases such as methane into the atmosphere, while contaminating surface and groundwater with nitrates, pharmaceuticals and pathogens.

“We simply cannot allow these industrial factory farms to continue polluting in Oregon — they are bad for our health, our climate and our environment,” Meiffren-Swango said.

Tami Kerr, executive director of the Oregon Dairy Farmers Association, said Oregon dairies are already subject to some of the strictest CAFO laws in the country. Every Grade A licensed dairy in Oregon is required to have a permit and wastewater plan, regardless of size, Kerr said. All dairies are inspected at least once every 10 months or more, depending on size.

“Oregon producers have met and exceeded the requirements of the state,” Kerr said. “Our producers as a whole do a good job.”

The Oregon Department of Agriculture conducted 880 inspections at 509 CAFOs in 2017, with less than 1 percent resulting in violations that led to civil penalties or injunctive relief.

The issue at Lost Valley, Kerr said, was not due to size, but rather the quality of management. The Oregon Dairy Farmers Association is now participating in a work group assembled by state Sen. Michael Dembrow, D-Portland, chairman of the Senate Environment and Natural Resources Committee, to study and propose legislation based on “lessons learned” from Lost Valley.

“The CAFO program works,” Kerr said. “We stand behind it. We support it.”

Andrea Cantu-Schomus, a spokeswoman for ODA, said the agency “respects the views and opinions of all groups concerned about clean air, clean water, animal welfare and Oregon’s farms,” and is continuing its regulation of Lost Valley Farm. She said the agency looks forward to working with the group put together by Dembrow.

“To date there is no evidence of any discharge to surface water or evidence that discharges have yet contaminated groundwater,” Cantu-Schomus said. “Throughout the revocation process, ODA will remain committed to monitoring Lost Valley Farm to protect human health and the environment.”