meta The Chinese dairy category has been one of the strongest performers since COVID-19 :: The Bullvine - The Dairy Information You Want To Know When You Need It

Marketing analytics consultants China Skinny are reporting that the dairy category has been one of the largest beneficiaries from the COVID-19 outbreak in China.

State Media and renowned doctors such as Zhang Wenhong from the infectious diseases department at Shanghai’s Huashan Hospital have endorsed drinking milk to boost immune systems and help fend off the coronavirus.

The impact of the official endorsements has been obvious, they report. While many categories have seen flat-to-negative growth since the outbreak, dairy sales growth has been strong.

China’s dairy giants Yili and Mengniu reported +23% and +19% increases in revenue respectively in the June quarter. This is a stark turnaround from the category trend, which saw drinking milk products decline -4.0% on average per year between 2015-2020, according to Euromonitor.

In light of renewed growth in dairy, the category shows strong potential for growth. China’s annual per capita consumption is around 34 litres, just one third of New Zealand rates. Foreign brands should be well placed to take advantage of this opportunity. Although the melamine scandal happened 12 years ago, it is still raised by many of the tens of thousands of Chinese consumers who China Skinny speaks to every year, inferring a trust deficit in domestic dairy brands. This has been further fuelled by an exposé that went viral in China in July, disclosing the “Six Sins of Mengniu and Yili.”

China Skinny has been tracking the dairy market for many years, via its Dairy Tracker. And in spite of foreign brands’ natural advantages, their analysis points to performance of foreign dairy brands getting worse in most areas, indicated by the data below.

In fact, domestic brands command a premium over foreign milk brands and they have done that by focusing on smaller formats and more targeted segmenting – which typically commands a premium.

“Many foreign brands point to rising nationalism as the reason for declining brand share, whilst this has an impact, the decline can be put more down to poor strategic and tactical marketing decisions. Insight-driven brands such as Nike and Coca-Cola has managed to grow despite rising geopolitical tensions between the US and China,” says China Skinny’s Mark Tanner.

They say marketing claims for foreign brands are also less resonant, and their propensity to discount more often cheapens the brand:

The following graphic has been supplied by China Skinny. 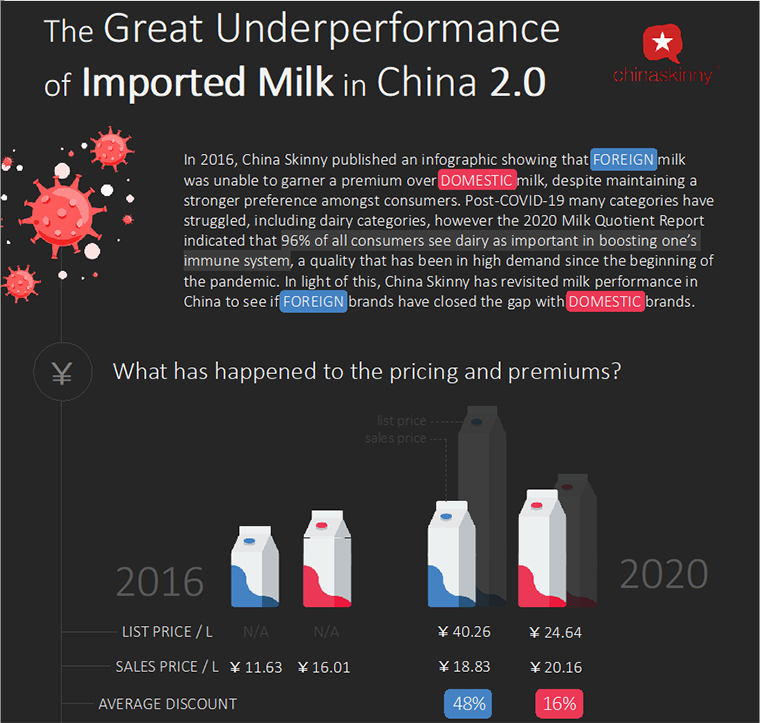 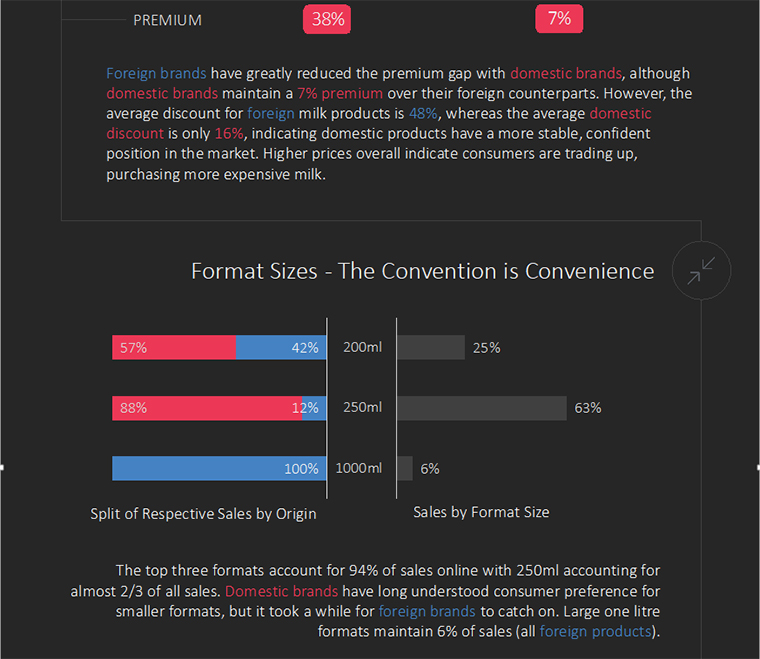 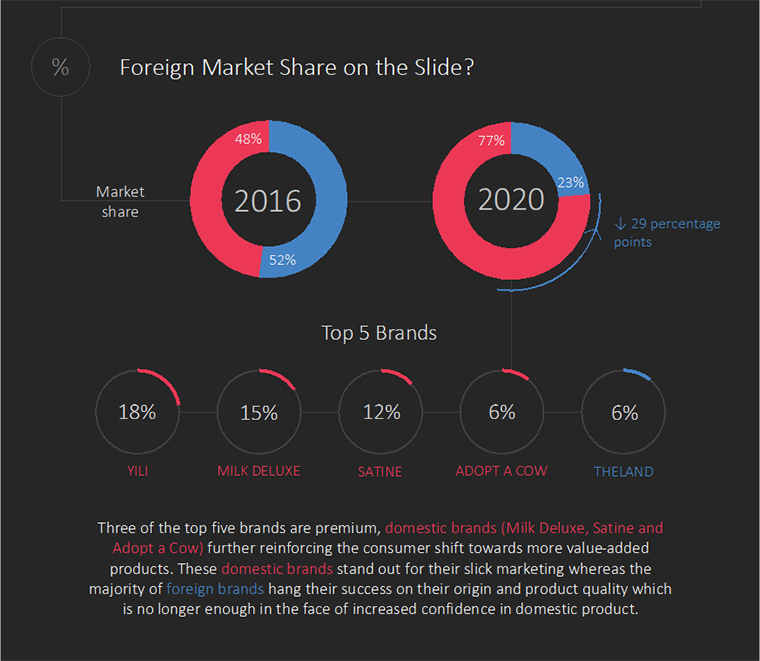