meta South Dakota Works to Expand its Dairy Industry :: The Bullvine - The Dairy Information You Want To Know When You Need It 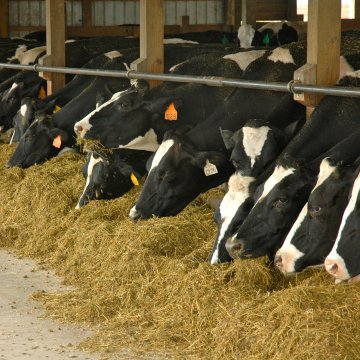 According to the International Dairy Food Association, the dairy industry has an economic impact of more than $628 billion annually in the U.S. In trying to identify the states with the biggest impact on that figure, you might say Wisconsin or California.

But another state is adding value by growing its dairy footprint: South Dakota.

Vikram Mistry, head of the dairy science department at South Dakota State University (SDSU), has seen an increase in the number of students in his classes.

This was due to the decrease in dairy cow numbers from 250,000 to nearly 80,000 head by the early 2000s. Those numbers have grown back to 122,000, and the university has also seen renewed interest in its dairy program following strong recruiting. Today, there are 125 students from 13 different states.

David Skaggs, dairy and ag development specialist for the South Dakota Department of Agriculture, says when dairy farms decreased in the early 2000s, his department made it a priority to rebuild this part of the industry by adding staff in dairy development. Realizing this priority is what has helped increase cow numbers from the low of 80,000 up to 122,000 head today.