meta Rare triplet calves born at Manheim’s Kreider Farms :: The Bullvine - The Dairy Information You Want To Know When You Need It 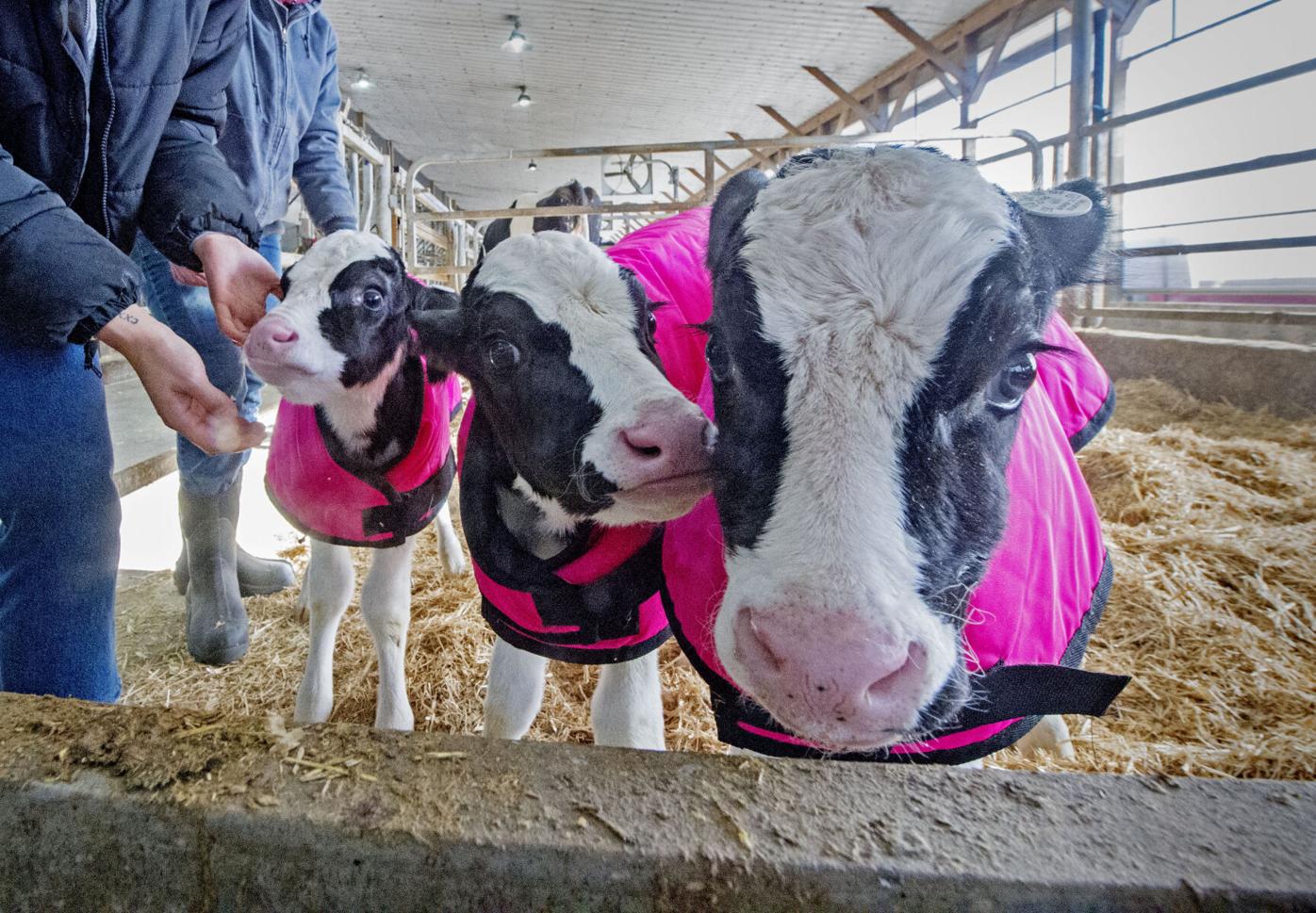 “It’s incredibly rare for a cow to have triplets and for them to be born healthy,” says Khalee Kreider, marketing manager and a member of the fourth generation in the family business. “We were told from our vets that the odds of having triplets is 1 in 10,000, and ours are three girls, and those odds were 1 out of 100,000.”

“We were excited. We knew that the mom was pregnant with twins but we weren’t expecting triplets,” says Kreider, 26. “We are incredibly thankful and happy that everyone is doing well and healthy.”

Kreider says this is the first time she remembers triplets on the farm.

And the new calves received some seasonal names.

“In the spirit of Christmas, we went with Gold, Frankincense and Myrrh for the three of them,” says Kreider.

The three calves will eventually become part of the farm’s milking herd of roughly 1,700 cows.

Tours of the farm can be booked on the Kreider Farms website kreiderfarms.com/farm-tour. The tour includes history of the farm, access to the farm’s observation tower and a drive through farm, including the maternity barn.

“Sometime you will see a calf being born as your driving through the barn,” says Kreider.

The farm, though established in 1935, will celebrate 50 years of selling bottled milk and ice cream to consumers in 2022.

“The dairy industry as a total has definitely taken a hit in the past couple of years with lower consumption fluid milk and outside alternatives entering the category, but we’re committed to it,” says Kreider. “We would like to keep doing this since it’s a part of our family history, our farm and our culture here. It’s difficult, but we’re in it for the long haul.”