meta Pennsylvania State University Merits National Title :: The Bullvine - The Dairy Information You Want To Know When You Need It 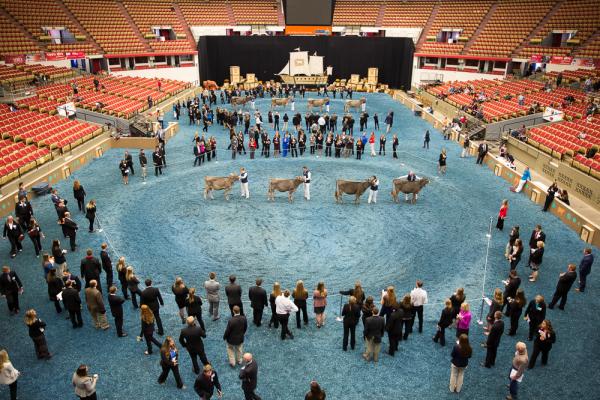 Teams and individuals receiving recognition include:

The National Intercollegiate Dairy Cattle Judging Contest is made possible in part through the generous support of Platinum Level Sponsor, Monsanto, and Gold Sponsors, DeLaval, Inc. and Westway Feed Products.

For over five decades, the global dairy industry has been meeting in Madison, Wis. for World Dairy Expo. Crowds of nearly 75,000 people from more than 100 countries attended the annual event in 2016. WDE will return Oct. 3-7, 2017 as attendees and exhibitors are encouraged to “Discover New Dairy Worlds.” Visit worlddairyexpo.com or follow us on Facebook and Twitter (@WDExpo or #WDE2017) for more information.