meta Oat Milk? Millennials? Water? Here’s What Actually Killed Dean Foods. :: The Bullvine - The Dairy Information You Want To Know When You Need It 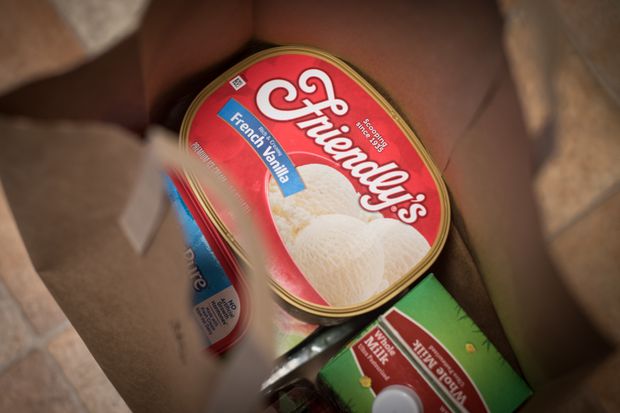 Americans don’t seem to keep much milk around these days. Per capita milk consumption is falling. That—as much as any other factor—led the largest U.S. processor and distributor of milk—Dean Foods (ticker: DF)—to file for chapter 11 bankruptcy protection on Tuesday.

But changing consumer behavior is only part of Dean’s problem. Investors interested in understanding the rest of the story should ask why people are drinking less bovine-based milk—because solving that question might help companies and investors face similar situations in the future.

“Millennials are asking how products they consume are produced and Dean couldn’t address that,” she tells Barron’s. Milk production requires a lot of indirect land and water use to grow feed crops and manure management is a big issue for dairy farmers. Milk’s environmental footprint, of course, isn’t the only reason people are drinking less of it, but is part of the equation.

(All of this also makes Dean’s 2013 decision to spin off its soy and nut milk franchise like a major misstep.)

Consumers’ environmental awareness leading to stock trouble admittedly feels like a bit of a stretch at first glance. There is, however, some early evidence that environmental issues such as water management can affect stock volatility.

Ceres recently published the third edition of its “Feeding Ourselves Thirsty” report, which includes a data set ranking 40 major food companies on the environmental factor of water management. Dean ranked 17 out of 18 packaged food companies and 33 out of 40 companies overall.

Barron’s looked at average and median stock returns of the 40 firms Ceres ranked. Returns are similar across the board. Better or worse water management doesn’t appear to affect returns on a one- and three-year basis.

But the stock return volatility of firms scoring below 50 (out of a possible 100 points) is three to four times higher than companies scoring above 50. That observations holds if Dean Foods is excluded from the data set (Dean’s stock, obviously, has lost nearly all its value, potentially skewing results).

Dean didn’t do a great job managing water risk. The company doesn’t have processes that measure up to peers for monitoring dairy or feed suppliers, according to Ceres. Poor supplier oversight could be one reason the stock traded poorly for the past few years. Dean Foods didn’t immediately respond to a request for comment.

Ceres finds that more than 75% of food companies now list water as a material risk in financial statements, up substantially in recent years. (Dean does not.) And water is getting attention at the board level too. One-third of food companies Ceres looked at have director-level water oversight compared with only 10% a few years ago.

Where else should investors look next to assess water or environmental risk?

“Meat and dairy have the lowest scores,” says Barton. “Modern livestock [producers] are excellent at low-cost production, but there is some short-term externalization of environmental risks.” That just means protein producers aren’t he ones paying for environmental impacts of production. Publicly traded Tyson Foods (TSN), Sanderson Farms (SAFM), and Brazil-based JBS (JBSS3.Brazil), for instance, all scored in the bottom quarter of the Ceres water report. Tyson referred Barron’s to its website detailing water management practices, while Sanderson referred us to its recent corporate sustainability report.

“There are some [meat industry] positives,” adds Barton. Smithfield, a large hog processor that was once publicly traded, “has partnered to reduce [fertilizer] overuse and run off,” she adds.

There is another bit of evidence that environmental factors are influencing consumer choice. A smaller environmental footprint is one key reason behind the rising popularity of Beyond Meat (BYND) products. Don’t forget, plant-based milk and proteins essentially bypass the “animal factor,” meaning less land is used to grow crops to feed livestock.

In fact, Tyson and other protein producers are investing in alternative meat too. Maybe that will raise their water sustainability scores in Ceres’ future reports.

No matter what the cause, Dean’s fall from grace is breathtaking. Its bonds are trading at pennies on the dollar and the stock is at about 12 cents per share, giving the company—with more than $7 billion in sales—a total market value of less than $300 million. Dean Foods was valued at more than $7 billion as recently as 2010.