meta Dairy farmer’s emotional message after selling the last of his cows :: The Bullvine - The Dairy Information You Want To Know When You Need It 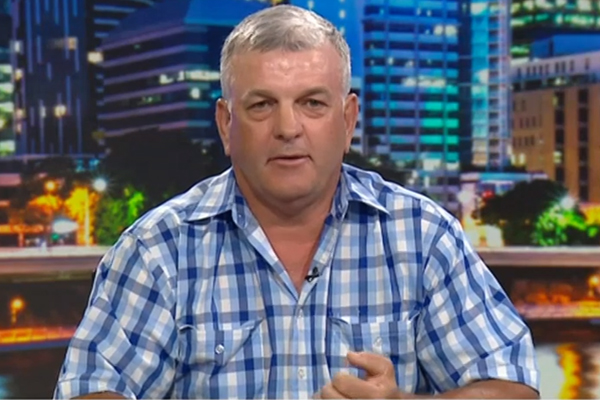 A Queensland dairy farmer has struck a nerve across Australia with his heartbreaking story, after being run into the ground by the major supermarkets.

After nearly 60 years of on their dairy farm near Toowoomba, Scott Priebbenow and his elderly parents have sold the last of their herd for mince meat.

“Right now I’m standing out in the paddock, looking around and going around in circles because it’s all a blur.

“It still gets to me Alan that this could have been so simply fixed.”

Scott lashed out at the supermarkets who he says “have pulled the wool over Australia”.

“There’s so many people out there that want to help there and they can’t because they’re tied to whatever the supermarkets want to do.

“They put up all these great statements about what they’ve done to help out the farmer but seriously Alan they’ve done nothing!

In February, Coles and Woolworths publicly announced a 10 cent per litre increase to the price of their home brand milk, with 75 per cent of that going back to farmers.

Then in August, the major supermarkets raised the price another 10 cents per litre but didn’t tell anyone about it and didn’t pass any of the money back to farmers.

But, he’s promised to hold the federal government to account until the save our farmers.

“Scotty, you’re magnificent, you’ve stirred a nerve in Australia and now it’s up to whether Mr Morrison is prepared to respond.”