meta Cows’ welfare at stake if 1000 jobs aren’t filled, warn New Zealand dairy farmers :: The Bullvine - The Dairy Information You Want To Know When You Need It 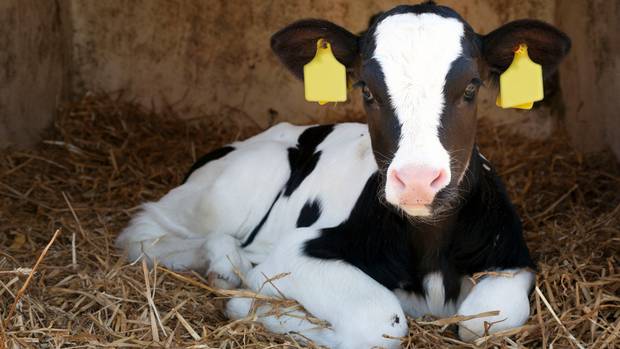 Farmers say they’re barrelling towards a worker shortage crisis on the verge of calving season with more than 1000 vacancies in the dairy sector.

The Government needs to provide certainty on visa extensions and to allow key workers stuck overseas back into New Zealand, said DairyNZ.

DairyNZ was set to start a training programme to redeploy unemployed Kiwis to dairy farms, but that wouldn’t happen quickly enough for calving season which starts in July.

Animal care, human welfare, environmental issues and the dairy sector’s productivity were all at stake with the worker shortage, he said.

Mackle estimated there were about 5000 migrants working in the dairy sector and without other workers allowed in, the Government needed to provide certainty on visa extensions.

Amid the Covid-19 crisis, all work visas were extended until September but Mackle said that meant many would have to leave “right in the thick of it” before spring.

There were also another 1000 roles that needed filling now, due to the absent migrant workforce and the dairy industry doubling in size in the past decade.

Farmer David McFarlane, who recently lost his entire herd to M bovis, recently had 550 cows delivered to his Canterbury farm.

Because they’d come from the North Island, calving was due to start in July but McFarlane’s only full-time employee, Ryan, is stuck in the Philippines. He went to introduce his wife and newborn to family at the end of February but got caught out by the lockdown.

Ryan has worked for McFarlane for six years and is on a skilled migrant visa.

McFarlane was desperate to get him back before calving because there wasn’t time to train anyone new.

McFarlane said everyone wanted to get more New Zealanders to work on farms, but it was hard to ask them to uproot their lives and move to a rural town, whereas migrant workers were more willing to do that.

“We’re really desperate to get him back before calving. We’ve just been managing without him but need him back.”

McFarlane is not alone in his plight to get his worker back to New Zealand.

Dairy industry recruitment firm, The Regions, has 48 migrant workers on its books who are stuck overseas despite having lived and worked in New Zealand for many years.

Managing director Benjamin De’Ath said they’d been lobbying the Government to get these people back to New Zealand and believed they might be close to an arrangement.

“Dairy vacancies exist not because Kiwis do not want to farm, but because the industry doubled in size in the last 20 years and our cows are exactly where our people are not – in the rural corners of New Zealand.”

Agriculture Minister Damien O’Connor said the Government was “very aware” of the shortage of workers and were working with training providers on short courses to get Kiwis up to skill quickly.

There was “still a month or so” before calving to get people trained.

In the Budget, $19.3 million was put towards placing 10,000 people into primary sector jobs.

A spokesperson for Immigration Minister Iain Lees-Galloway said he was awaiting advice from officials on visa extensions and allowing workers back into the country.

But the current priority was keeping Covid-19 out of New Zealand and while we were in a good position, the rest of the world wasn’t, they said.

“People in the country are more likely to be able to be extended but decisions haven’t been made at yet.”