meta Coronavirus: Dairy farmers desperate for skilled staff to return to NZ :: The Bullvine - The Dairy Information You Want To Know When You Need It 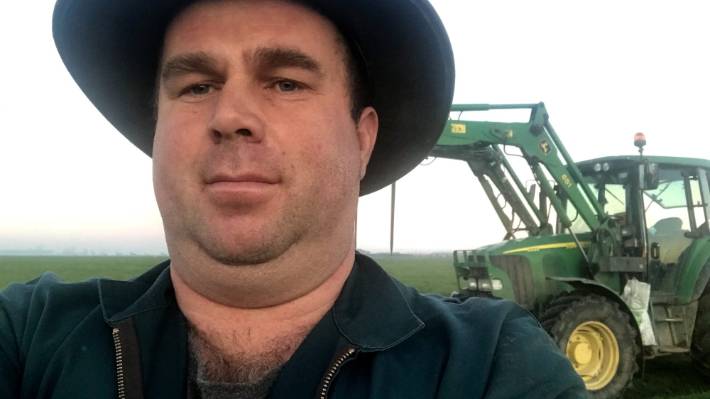 In February, the last of David McFarlane’s dairy herd were culled as part of the Government’s Mycoplasma bovis eradication programme.

Now the mid-Canterbury farmer faces calving his new herd without his only staff member, left stranded in the Philippines due to the coronavirus outbreak.

In early March, with no cows on the farm following the cull and Baricuatro’s wife due to have a baby in the Philippines, McFarlane encouraged him take some leave and return to his home country.

“We didn’t expect him to be gone for two months and not knowing when he’ll be back is tough,” McFarlane said.

“With his knowledge of the farm and the way we operate, he’ll be integral to getting us back and running after Mycoplasma bovis and at calving. He’s virtually irreplaceable for us, we’re desperate to get him back.”

The nationwide coronavirus lockdown has left many New Zealanders unexpectedly out of work, but McFarlane said replacing Baricuatro wasn’t as simple as “just hiring a Kiwi”.

“These are mid- to highly-skilled guys with years of experience. There simply haven’t been enough New Zealanders to do the job and we need these guys to come back to train new staff.

“I don’t see it as a competition between New Zealanders and immigrants, there are jobs for both of them.”

The New Zealand border is currently closed to all but New Zealand citizens and permanent residents.

Exceptions can be made but the bar was set high to help stop the spread of Covid-19, an Immigration New Zealand spokeswoman said.

Requests for an exception as an “other essential worker” — i.e. not health workers — had to be specifically agreed by the government, she said.

Since the border exceptions process was put in place, Immigration NZ had received 11,301 requests for a border exception and 2200 of those resulted in an invitation to apply for a visa.

Migrant workers make up a large percentage of the dairy workforce.

After initially contacting Immigration New Zealand to try to secure Baricuatro’s re-entry, McFarlane is working with immigration law and recruitment agency The Regions to arrange his return and quarantine.

“That’s fine, I just need to get him back here.”

Last May, his sheep and beef farming family bought the property next door and hired two staff, including Uruguayan Patricia Grilli, to run a 420-cow dairy operation.

After a successful first season on the farm, Grilli took time off to return to Uruguay for her father’s surprise birthday celebrations.

“There was a bit of discussion about coronavirus before she left but nothing much was happening here,” Hargreaves said.

“The whole idea was for her to go for two weeks but when things started to look more serious, she changed her flights to come back earlier.”

Despite their best efforts, including providing Grilli with a letter from her employer and a lawyer, she was turned away by customs officials at the airport in Uruguay.

“We don’t really know what’s happening. Nothing has been shown to us, so we’re really in the dark and getting more and more nervous,” he said.

“The dairy farm should start up from August 1, but we really needed her over winter as well. Our dairy farm manager didn’t have a day off and the sheep and beef guys would help out but only he and Patricia know the milking shed.”

Hargreaves has an immigration lawyer working to get Grilli back into the country as soon as possible and, like McFarlane, is willing to pay for his worker’s quarantine accommodation, if she is able to return.

“We wouldn’t be asking if we weren’t confident we could quarantine Patricia safely and keep everyone else safe,” Hargreaves said.

With that bill likely to be about $3000, on top of airfares and legal fees, Hargreaves said it could cost up to $8000 to bring Grilli back to New Zealand.

“It’s a lot of money but it would be money well-spent. Animal and staff welfare are the key for us and we want to have the best people for the job on the farm.”

As of Wednesday, DairyNZ was aware of at least 40 skilled workers who had taken ill-timed holidays and are now unable to get back into New Zealand.

DairyNZ chief executive Tim Mackle agreed it could become a human and animal welfare issue if dairy farms were understaffed or had staff with the wrong skill-sets come calving.

As well as the workers stuck offshore, the industry was facing a much bigger problem if lower skilled workers already in the country couldn’t get their visa extended, he said.

“These people are needed on farms to milk the cows and keep businesses running, especially in the short-term over the busy calving time from July to October.

“We need to keep the skilled workers who are already here, and we need to bring back those that are stuck overseas.”

Mackle said DairyNZ was gearing up to see more Kiwis working on farms through its Go Dairy campaign, but it would take time to get them up to speed.

“Even if we could get those visas extended and bring some of those guys back from overseas, we will still have 1000 jobs available on dairy farms.

“While we’re welcoming the opportunity to bring in more people, it will have to be a transition, not a flick of the switch.”