meta Australia pinches NZ’s migrant dairy workers who cannot get residency :: The Bullvine - The Dairy Information You Want To Know When You Need It 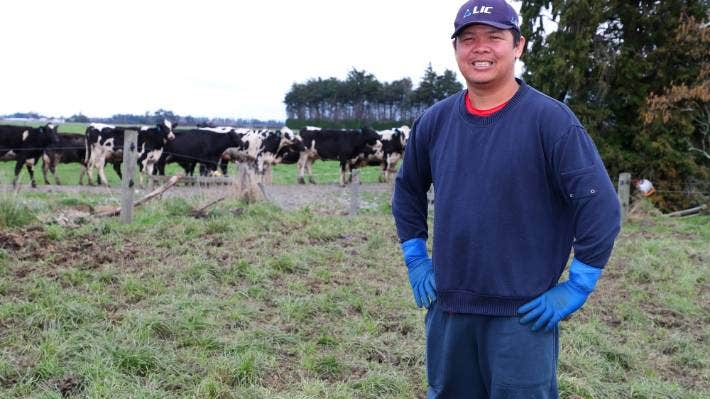 Skilled migrant dairy farmworkers are being lost to Australia as a new agriculture visa opens a two-year pathway to residency.

The dedicated agriculture visa has been created as an aggressive tool to help fill Covid-induced labour shortages and will be targeted at Pacific and Southeast Asian workers.

Enticing workers with a promise of a two-year pathway to residency, the new uncapped visa has been described as the biggest structural change to Australian agricultural labour in the country’s history by the country’s agriculture minister, David Littleproud.

Stuff has been told that many Filipino families in Canterbury working in the dairy industry have already moved to Australia, enticed by higher wages and the promise of residency.

The exodus has led to Ashburton immigration advisor Maria Jimenez and the United Filipino of Mid-Canterbury group to organise a petition calling on the Government to bring back the South Island contribution work visa, which allowed migrants to apply for residency after five years.

The petition states since the visa category was removed in recent years, skilled workers have left for Australia, Canada and other countries.

Jimenez said the current situation was tough for migrants and the uncertainty over residency was forcing some to move to other countries, particularly Australia.

Many thought the shortage in dairy employees and other skilled labourers due to Covid-19 would have forced the Government to change current immigration policies, she said, but many were still waiting after five years on work visas.

Jimenez wanted the Government to match Australia’s agricultural visa and open up a two-year pathway to residency before New Zealand lost a critical number of skilled migrant workers.

One Canterbury dairy farming Filipino couple grappling with visa issues have been forced to consider relocating after they have continually been shut off from gaining residency.

Since arriving in New Zealand from the Philippines seven years ago, Marcus (not his real name) has worked his way into being a dairy farm manager, but is still stuck on a work visa.

His partner Marika said while she didn’t want to relocate, as they both have family in Canterbury, they were having to consider making the move across the ditch to provide security for their two young children.

Offered double the salary they were being paid currently, the move was looking more attractive as attempts to make headway on their New Zealand residency kept getting stonewalled with changes in policy.

Marika said Marcus had done everything the New Zealand government had required him to do in order to gain residency, including gaining Primary Industry Training Organisation​ qualifications, only to find the requirements kept changing.

“We are really working hard to keep up with new policies and requirements, but every time we are ready there is a new policy. It’s really hard.”

Marika said four Filipino families they were close to had already left for Australia and Canada, and they knew of friends of those families who had also left.

With attractive offers from Australia, Marika felt more conflicted about a move there than her partner, citing family ties to New Zealand and a lifestyle she enjoys.

Stuff recently spoke to Southland migrant worker Christian Roxas, a dairy worker who arrived from the Philippines in 2019.

Roxas left his wife and children behind with the idea they would follow him later, but since then he has not been able to secure residency.

With a job offer in Ireland that would assure him of residency and allow his family to join him immediately, Roxas was considering leaving New Zealand.

DairyNZ chief executive Tim Mackle said while it was hard to know how many skilled migrants were being enticed overseas due to issues with gaining residency, he “definitely” knew it was happening.

Mackle was “deeply concerned” about ongoing immigration issues because it was having a significant impact, particularly as the industry was already down 2000 employees over the past two years.

“Australia are doing the smart things and snaffling them like they did our lawyers and nurses.”

Mackle said this was the second season farmers were dealing with closed borders, and he forecast the shortage in workers was only going to get tougher.

DairyNZ had taken frustrations around managed isolation and quarantine (MIQ) space and visa issues to the Government, but had been told “quite clearly” it needed to join the queue because they are “not the only ones out there”, he said.

“But it’s a $20 billion sector … To restore some faith there’s got to be some significant decisions made.”

Immigration Minister Kris Faafoi said they were constantly reviewing immigration settings amid Covid-19, including how they could provide more certainty for workers and employers across a range of sectors.

“This has included border exceptions to bring in hundreds of agriculture workers and their families since our border closed in March last year.”

Minister for Primary Industries Damien O’Connor said he wasn’t concerned about the Australian agricultural visa as he didn’t think it would affect people who were likely to choose to come to New Zealand.

“Many skilled agricultural workers here on temporary visas meet the criteria to become resident and can apply through the appropriate pathways.”

O’Connor said the Government was continuing to work with industry on both short and long-term measures to address labour shortages across a number of agricultural sectors.