meta Australia approves China-government backed buyout of dairy firm Bellamy’s :: The Bullvine - The Dairy Information You Want To Know When You Need It 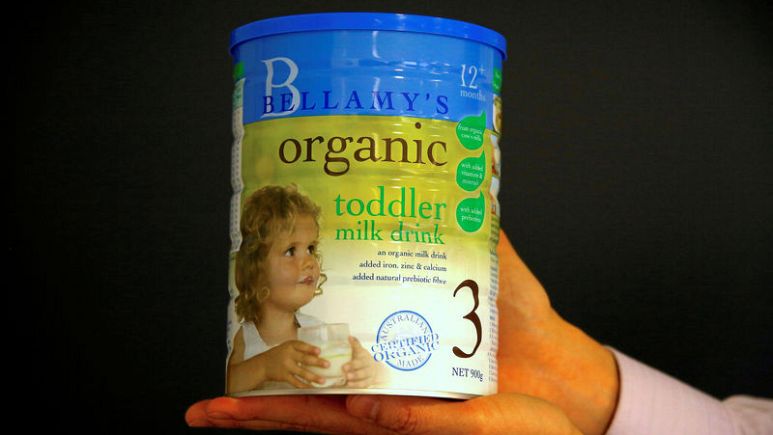 The government said on Friday the Foreign Investment Review Board (FIRB) had unanimously decided that the sale of Bellamy’s to Hong Kong-listed China Mengniu Dairy Co <2319.HK> was not against Australia’s interests. Mengniu is 24% owned by Chinese government entity COFCO Dairy Investments.

However, FIRB’s approval was conditional on the much smaller Bellamy’s keeping both its headquarters and most of its board local, along with guaranteed investment in domestic facilities.

The decision shows the Australian government welcoming Chinese money into a politically sensitive industry at a time when relations between the countries have been strained by accusations of political interference by Beijing.

Australia has been under additional pressure due to a U.S.-China trade war because it has strong ties to both countries.

“This approval will ensure Bellamy’s can continue to support jobs in Australia and strengthen its ability to expand its domestic market as well as its export opportunities, particularly into the growing Asian market” said a statement from Treasurer Josh Frydenberg’s office.

“The decision will also provide opportunities for the suppliers that contribute to Bellamy’s products, including Australian dairy farmers.”

Shares of Bellamy’s had halved in the year and a half before it announced the Mengniu buyout in September due to delays getting approval to ship product to the Chinese mainland, its biggest market. That prompted some to question whether the Chinese government had intentionally pressured the company to make it a cheaper takeover prospect.

Bellamy’s deputy chairman John Murphy was quoted in The Australian newspaper saying there was was “no conspiracy” surrounding the takeover. A representative of Mengniu in Australia was not immediately available for comment.

Bellamy’s, which is number four by market share in the Australian infant milk formula market, acknowledged the approval and said it continued to recommend that shareholders vote in favour of the deal at a meeting next month.

The company’s share rose 2% by midsession on Friday to A$13.20, their highest level since July and just below the total Mengniu offer price of A$13.25.

The conditions imposed by FIRB include that Bellamy’s headquarters remain in Australia for at least 10 years, that the majority of its board be Australian citizens living the country and that at least A$12 million is invested in local processing facilities.

Opposition Labor Party treasury spokesman Jim Chalmers said the government needed to explain “how and why this decision is in the national interest.”

“We are not privy to FIRB advice and haven’t been briefed on the decision,” he said in an emailed statement. “We need to know more about the undertakings that have been given and that they’ll be followed through.”

Australia has blocked a number of Chinese investments in recent years, including an attempt by Hong Kong-based infrastructure investor CK Group to buy energy pipeline operator APA Group <APA.AX>. It also banned China’s Huawei from supplying equipment for a 5G mobile network in the country.

Frydenberg said the government would continue to welcome foreign investment “where it is consistent with our national interest.”

“Without foreign capital and investment, Australia’s output, employment and standard of living would be lower.”