meta $10K in Grain Destroyed in Silo Explosion at Dairy Farm :: The Bullvine - The Dairy Information You Want To Know When You Need It

$10K in Grain Destroyed in Silo Explosion at Dairy Farm 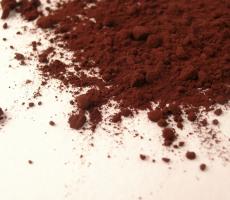 “Last night at 11:15 tragedy struck. Our silo caught fire [and] exploded with a boom that rocked the area, ruining the feed to last until summer crops,” Comley’s Country Creamery said in a post to its Facebook page on Sunday. “It took 30 ft off the silo, but by God’s hand no people or animals were injured by the heavy debri[s].”

In addition to the lost feed, the company said the creamery received damages, a wall was cracked in a house on the site, and a wall moved in the store. Parts of the silo were thrown 400 ft to 500 ft into a nearby pasture during the blast, the facility’s owner, Will Comley, said in coverage by Syracuse.com.

“It must’ve caught fire in there, and the pressure and heat, and it was really cold out, and, you know, exploded,” Comley said in an interview with CNYCentral.com.

The farm does not have insurance on the silo and replacing the silo would be costly, the owner said in a report by Spectrum News.

Comley’s Country Creamery was opened in Mexico in 2008 by Will and Vanessa Comley, according to an earlier NNY360.com article.

No information was available on whether or not dust played a role in the explosion or not.