meta Wisconsin dairy farms struggle with low prices, rising costs :: The Bullvine - The Dairy Information You Want To Know When You Need It 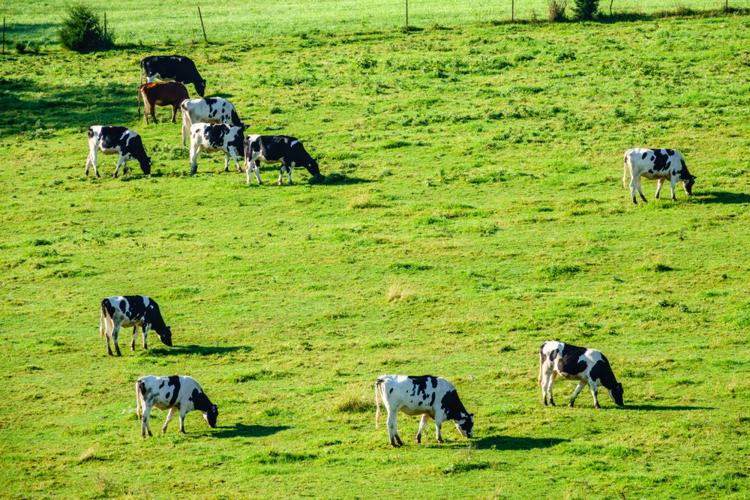 Wisconsin is known as the “Dairy Capital” of the United States. If it continues shedding dairy farms at rates similar to 2018, it’s in danger of losing its title.

According to the Wisconsin Department of Agriculture, Trade and Consumer Protection bureau, more than 600 dairy farms were shuttered across the state in 2018. That’s a seven percent decline. It’s the largest round of closures in over a decade.

Much of the blame is put on the slowly declining price of milk, a trend that’s lasted four years.

While dairy farmers need to adjust to the declining retail price for their product, those in the transportation and processing business also must deal with increased hauling costs.

As of February, Wisconsin was the highest producer of milk in a collection of seven states that make up what’s known as the Upper Midwestern Order. Farmers across Wisconsin delivered over 60 percent of the milk produced.

A report from the Federal Milk Marketing Order Program stated that the cost to haul milk within the state of Wisconsin rose 40 percent over the prior year. While it’s not uncommon, or unexpected, for there to be a slight rise in costs year over year, a nearly fifty percent change does provide industry insiders pause.

While the cost increases are not directly tied to the “products” being hauled and processed, the effects are being felt by those two industries.

“We did have a larger than average increase in hauling costs last year,” Mark Stephenson, director of Dairy Policy Analysis at the University of Wisconsin, Madison, said. “The weighted average hauling charges in the Upper Midwest increased from about 20 cents in 2017 to about 27 cents in 2018 or about a 38 percent increase. This is a substantial increase in hauling charges, but virtually all of it was because diesel fuel prices increased from about $2.50 per gallon to about $3.18.”

“Hauling cost has increased this past year but dairy farmers still pay a relatively small share of actual cost,” Cropp said. “Likewise, premiums paid have come down. With plenty of milk, plants don’t need to pay higher premiums to get milk. None of this is good news to dairy farmers when they have been struggling with four years of low milk prices.”

“Many farms are at a fragile point now as we are heading into the fifth consecutive year of relatively low milk prices,” he said. “Any increased costs are hard for farms to bear under the circumstances, but the same holds true for the milk haulers. Given that smaller farms tend to be the ones that we are losing during this downturn and that their milk hauling costs tend to be higher, it could be the final financial insult that some of them cannot bear before bowing out.”