meta Where are Lancaster County’s largest dairy farms? Are they escaping the dairy crisis? :: The Bullvine - The Dairy Information You Want To Know When You Need It

Where are Lancaster County’s largest dairy farms? Are they escaping the dairy crisis? 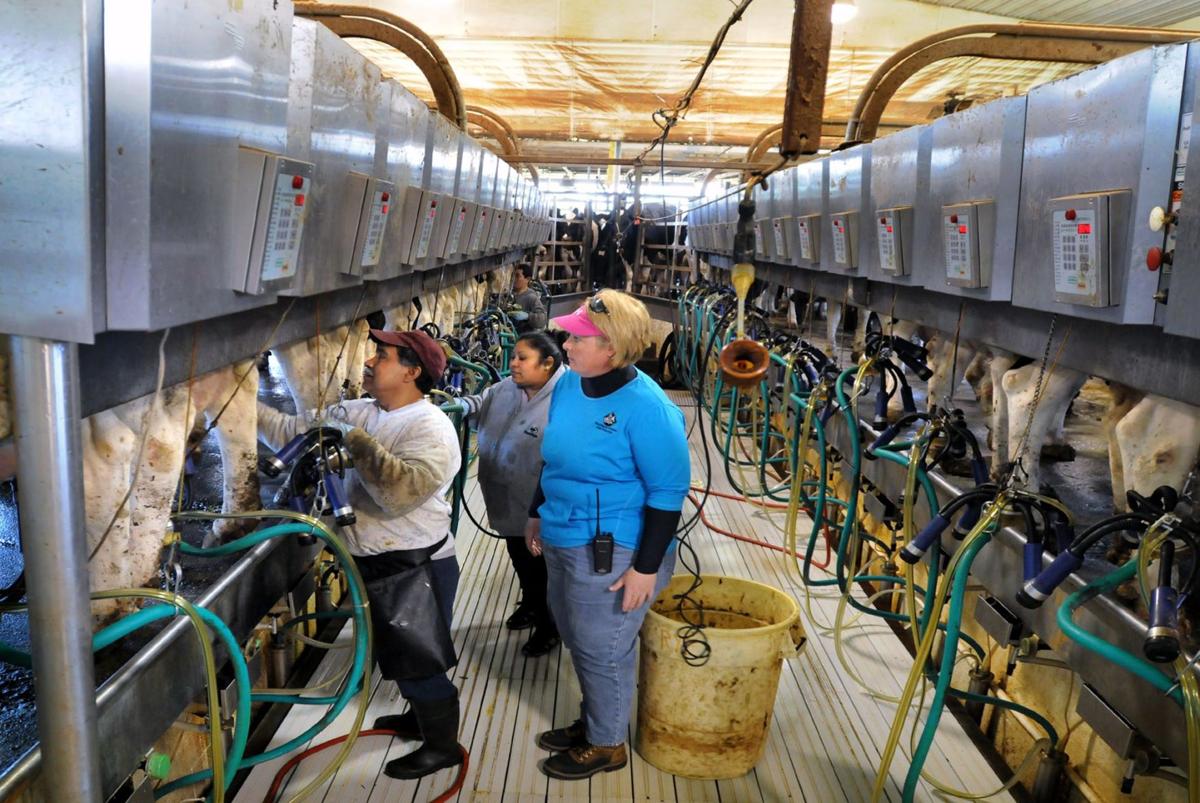 But what about the largest dairy operations in Lancaster County, the state’s number one milk producer with about 1,776 farms and 277,000 cows and calves?

Is having several thousand milking cows — dairy farms in the county have the nation’s smallest average of 80 cows — and high-tech milking robots allowing them to outrun depressed milk prices?

“No dairyman is smiling now, put it that way,” said Mike L. Brubaker, part owner of Brubaker Farms, a fourth-generation family farm near Mount Joy that is the county’s fifth largest in terms of cattle.

“Size just means you may have more money invested that you owe a bank. Everybody is dealing with a very low milk price with tight margins,” said Brubaker, whose father, Luke,  was the longtime chairman of the Pennsylvania Milk Marketing Board.

Added Lisa Graybeal, who helps run Graywood Farms, a 1,400-head dairy farm near Peach Bottom in southern Lancaster County, “I don’t care if big or small, all dairy farms are struggling. Big or small, you can’t go on forever like this.”

Illustrating the current plight of dairy, there has been a 14 percent decline in the amount of milk consumed in the northeastern U.S. since 2010. Milk prices have gone down in eight of the last nine years.

Even as demand falls, milk production increases in Pennsylvania, resulting in a milk glut and further eroding profits.

Pros and cons of large farms

Debt and the costs of production are key factors for every dairy farmer treading water in the dairy crisis, said Rob Barley, co-owner of Star Rock Dairy and its nearly 2,000 cattle herd in Manor Township.

“A good-managed farm, whether large or small, that has a low debt can weather things better than farms on the other side of that,” said Barley, the new chairman of the Pennsylvania Milk Marketing Board and member of the National Fluid Milk Processor Promotion Board.

Certainly there are some advantages to largescale dairy farming, the county’s largest dairy operators say, like a good-size quantity of high-quality milk available at one location.

That is attractive to milk buyers, especially with trends to buy milk by the trailer load and meet consumer expecations for tracking the source of milk.

And there can be economies of scale with large dairies that keep production costs down.

On the other hand, large farms, unlike the smaller family farms that define much of Lancaster County’s farming community, have to hire workers beyond family members.

“The small dairy farmers’ biggest advantage is with labor,” observed Lowell B. Fry, an agriculture lendiing officer with Fulton Bank, the largest ag lender in Pennsylvania.

“Our employees expect their money on time and I don’t blame them. They expect cost-of-living expenses.

“We’re making a very slight profit now. We’re in the black, but not very. It’s been a struggle and sometimes we don’t pay ourselves,” said Wanner, whose grandmother entered the dairy business around 1900 with a mere 14-16 cows. Today, there are 1,550 cows on the farm.

With the cleanup of the Chesapeake Bay, farmers in Lancaster County are facing intense pressure to put in place conservation practices to prevent soil and manure runoff.

On the other hand, some federal subsidy programs to aid farmers when times get tough, such as the U.S. Department of Agriculture’s Margin Protection Program, don’t apply to large dairy operators.

Large or small, all dairy farmers in Lancaster County have a deep-rooted kinship and are fighting not to have to leave the profession they so love, said Brubaker.

“Dairymen love it so much and will struggle to survive just because they love what they do. They love working with animals and having their families working on the farm.

“They’re a tough breed. They stick around a long time, even when they’re not making money.”