meta Warning on cow numbers in New Zealand :: The Bullvine - The Dairy Information You Want To Know When You Need It 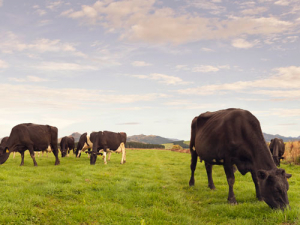 A warning is sounding to dairy farmers that environmental policy is likely to restrict cow numbers.

The Ministry for Primary Industry says in its March update on the primary sector that environmental policy is likely to restrict cow numbers and the land available for dairy farming in the future. It predicts the sector’s growth coming more from productivity increases and higher value products.

It predicts milk production overall will be 1% lower this season due to the 2017 wet spring weather and then December drought. That bizarre weather hit all New Zealand, and especially Taranaki, Manawatu, West Coast, Central Otago and Southland.

The report highlights a continuing decline in cow numbers — down by about 220,000 since 2016. But this is seen as unlikely to impact production due to farms getting more efficient and better genetics improving per-cow performance.

Good news, MPI says, is that strong export prices are expected to offset the decline in milk production this season. Average butter prices are up almost 50% on the previous year, and whole milk powder prices are at least 10% higher than in 2017.

But some caveats appear in the MPI report. It notes that if M.Bovis gets entrenched it will harm dairy production, and farm management costs may increase. It also warns that continuing growth in European dairy production will tend to depress international dairy prices.

Because the overall outlook for primary product exports for 2018 is strong, MPI has revised its earnings forecast upwards to $42.23b instead of the $41.35b it predicted in December 2017.