meta US dairy industry suffering as Americans consume less milk :: The Bullvine - The Dairy Information You Want To Know When You Need It 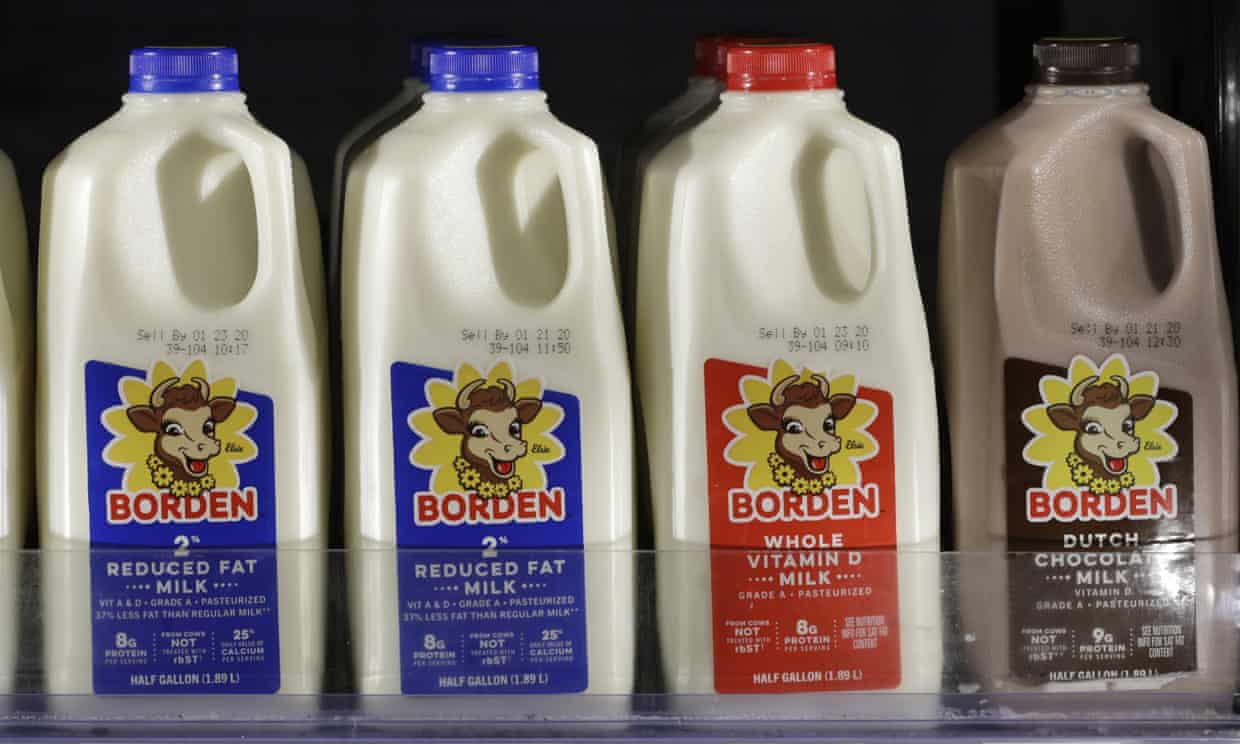 The US dairy industry, the largest in the world, is under severe pressure as the consumption habits of Americans shift.

Borden Dairy filed for bankruptcy protection, the second major US dairy to do so in as many months. Borden produces nearly 500m gallons of milk each year for groceries, schools and others. It employs 3,300 people and runs 12 plants across the US.

American refrigerators are increasingly stocked with juice, soda and milk substitutes made from soy or almonds. At the same time, protein bars, yogurts and other on-the-go breakfasts have replaced a morning bowl of cereal. That has hammered traditional milk producers like Borden, which was founded in 1857.

The amount of liquid milk consumed per capita in the US has tumbled more than 40% since 1975. Americans drank around 24 gallons a year in 1996, according to government data. That dropped to 17 gallons in 2018.

As milk consumption has fallen, dairy farms have closed their doors. In court filings, Borden says 2,730 US dairy farms have gone out of business in the last 18 months alone. The remaining farms can command higher prices, but that pinches Borden, which can’t charge consumers more because of pressure from big competitors like Walmart. Walmart opened its own milk processing plant in Indiana in 2018.

“Despite our numerous achievements during the past 18 months, the company continues to be impacted by the rising cost of raw milk and market challenges facing the dairy industry,” said Borden CEO Tony Sarsam in a prepared statement late Sunday. “These challenges have contributed to making our current level of debt unsustainable.”

Borden tried to revive sales last year by relaunching its iconic mascot Elsie, the smiling cow that first appeared on milk cartons in the 1930s. It also released new products like gingerbread-flavored eggnog and Kid Builder, a children’s milk with higher levels of protein and calcium designed to compete with Fairlife, a trendy milk brand made by Coca-Cola Co. Borden said sales rose, but not enough to offset broader trends in the industry.

Dean Foods, the nation’s largest milk producer, filed for bankruptcy protection in November. Both dairies are based in Dallas. The two companies controlled about 13.5% of US milk sales last year, according to Euromonitor, a consulting firm.

Like Dean, Borden says it will continue to operate during its restructuring. Late last month, a Texas federal bankruptcy court allowed Dean to access $850m in debtor-in-possession financing.