meta US Dairy farmers come together in effort to raise milk prices :: The Bullvine - The Dairy Information You Want To Know When You Need It

US Dairy farmers come together in effort to raise milk prices 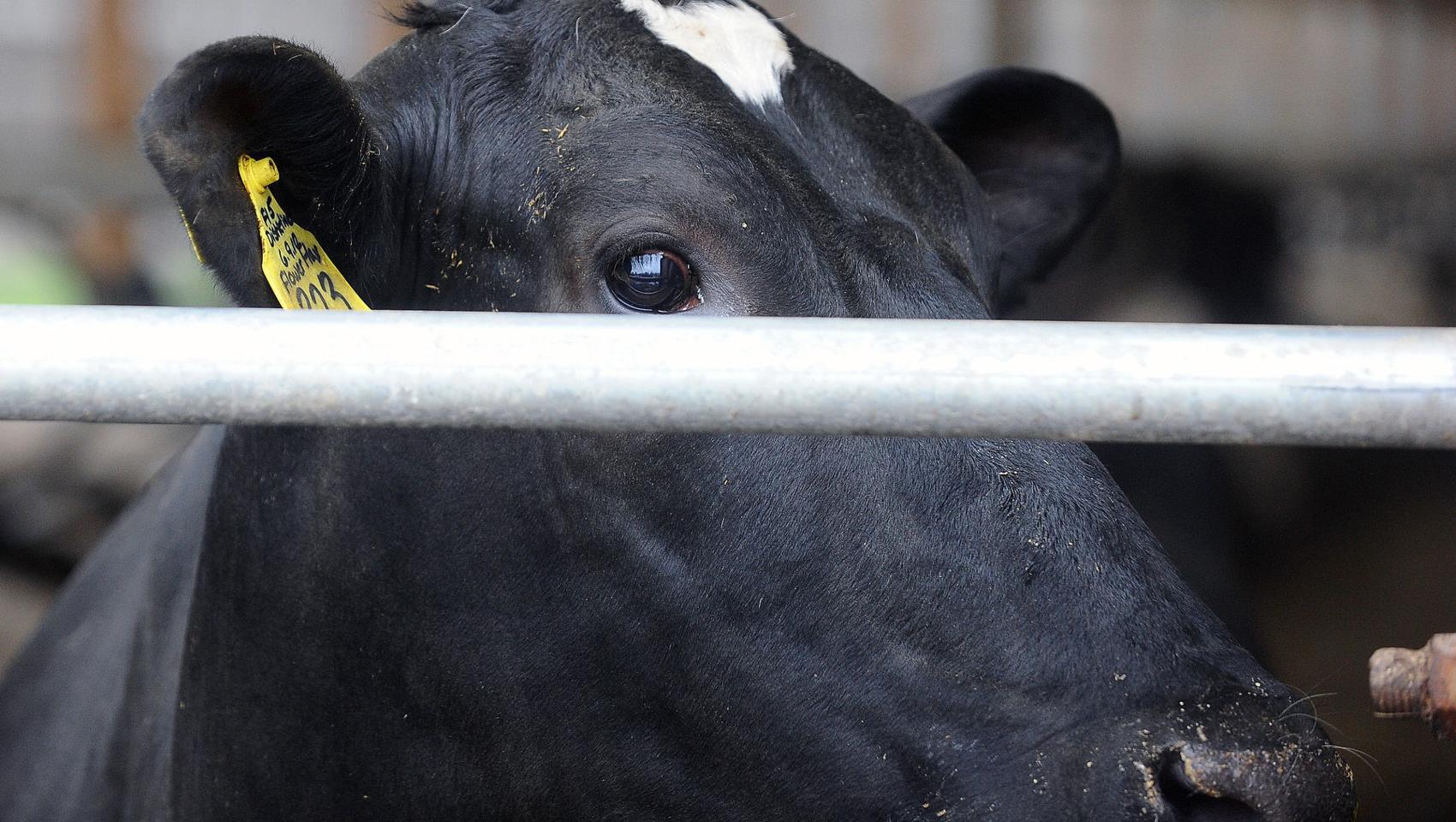 Economist Robert Wellington echoed a sentiment earlier this week felt by many dairy farmers and industry leaders wanting to uncork the bloated milk market that has caused farmers’ earnings to plummet.

“The bottom line on this is that the system is broken,” he said.

Dairy farmers nationwide have experienced a decline in earnings for about four years as rising milk production from several countries has created a glut in the international market. The price they receive for their milk has fallen below the cost of production. The number of licensed dairy farm operations in the U.S. in 1988 was 216,130, but that number has since dwindled in 30 years to 40,219, Wellington said.

In order to kick off a national effort to raise prices and prevent another four-year downturn, the Northeast dairy cooperative Agri-Mark invited stakeholders from across the country to a summit at the Gov. Nelson A. Rockefeller Empire State Plaza to explore systemic solutions.

“It is a travesty that farmers who work so hard to produce such a crucial food product cannot support their families and farms on the production of that food,” Wellington said.

The event drew about 350 farmers, personnel from cooperatives, or organizations dedicated to marketing farmers’ milk; economists and lawmakers from throughout the Northeast to as far as California.

Farmers from several countries have continuously increased their milk output in recent years to keep up with rising costs, but the additional milk has contributed to the oversupply in the worldwide market and keeps down prices farmers earn for their milk.

Economists and dairy group leaders shared proposals to curtail the oversupply and prevent farmers from creating another bloated market.

“If you could exercise enough discipline on the milk supply and avoid dumping milk in manure that would be a big bonus to me,” said Bill Rowell, a partner in Green Mountain Dairy Farm, Sheldon, Vermont,

Wellington, also senior vice president of economics, communications and legislative affairs for Agri-Mark, shared his direct base plan, which he said would issue financial penalties against farmers who produce more than their historic base when the milk price falls below $20 per hundredweight.

The historic base would use the highest monthly production average over a three-year period, Wellington said, which would incorporate calculations that would use daily production. Future monthly bases would be calculated by multiplying the daily base by the number of days in a month.

A dairy farmer commission would be created to oversee the program and would also implement temporary base reductions whenever the price falls below $20 per hundredweight, Wellington said. The decrease in price would dictate the reduction percentage.

“As the price moves down, you would have to pay a higher penalty” for exceeding the base, Wellington said.

Kara O’Connor, government relations director for the Wisconsin Farmers Union, wanted to reintroduce a program that failed to pass in the final 2014 farm bill: the Dairy Price Stabilization Program.

The program, O’Connor said, would permit a certain amount of annual growth for dairy farmers, and farmers who wanted to expand beyond that limit would have to pay a market access fee ranging between 3 cents and 50 cents per hundredweight for the first year of increased production.

O’Connor said the program would not only create more consistent pricing by creating incentives against overproduction, but also still allows expansion.

“Cut out the high-highs and the low-lows and give your price a lot more predictability and stability,” she said. “What we need is a vehicle that doesn’t just have gas, but has breaks.”

McAfee, who also represented the California Dairy Campaign, introduced his Sustainable Milk Inventory System Act proposal, which would create farmer-only dairy boards that would control the price of milk for each region of the country. The boards ensure farmers produce enough milk to meet processor demands using forecasts.

Any extra milk would be sold as an export at a reduced price, which McAfee argued would encourage farmers not to overproduce. Each board would determine its own region’s reduced price for the additional supply.

Each farmer in every region would have a limit on the amount of milk they could produce in the form of a quota. The amount of quota could increase as demand rises, and farmers could also buy and sell quota, according to his proposal.

“Right now, we have a market where we have processors who get to steal our milk,” he said. “We as a group have incredible power.”

Other speakers, including James J. Larkin, who owns Larkin Farm LLC, Sheffield, Massachusetts, and commentators proposed additional ideas such as establishing a price floor of about $20 per hundredweight, raising store prices for dairy products, improving consumer relations to increase demand, or prevent it from waning, and supporting laws that would increase schools’ use of and access to whole milk.

“If we don’t wake up, we’ll lose a whole generation of milk drinkers in this country,” said Arden Tewksbury of the National Family Farm Coalition.

Assemblywoman Addie A.E. Jenne, D-Theresa, also pitched one of her recent proposals to demonstrate how states could assist farmers in the crisis.

The plan calls for reallocating state economic development funds that support efforts like the Downtown Revitalization Initiative to programs that would aid farmers. One program would include a premium payment for milk that meets European standards of 400,000 somatic cells, which she said would make dairy products more competitive in the international market.

“New York is leading the way as the Northeast’s largest dairy producer. I believe we have contributed to the oversupply in New York and the government should be a part of the solution,” she said. “All that there is here today has only strengthened my resolve.”

Other proposals for helping farmers earn more than they expend were submitted to Agri-Mark, but speakers weren’t in attendance to present them.

The cooperative is seeking other proposals and comments on the ideas discussed during the meeting. Comments and ideas can be shared at https://dairyproposals2018.com/.

“There’s a lot of good ideas, and if we can take some of the ideas and put them together, we can fix the problem,” said Greg A. Millick, owner of Golfcrest Dairy in Denmark. “Everyone has to be on board with it.”