meta U.S. Won’t Wait for Canada on New Nafta Pact – Differences Over Dairy Major Issue :: The Bullvine - The Dairy Information You Want To Know When You Need It 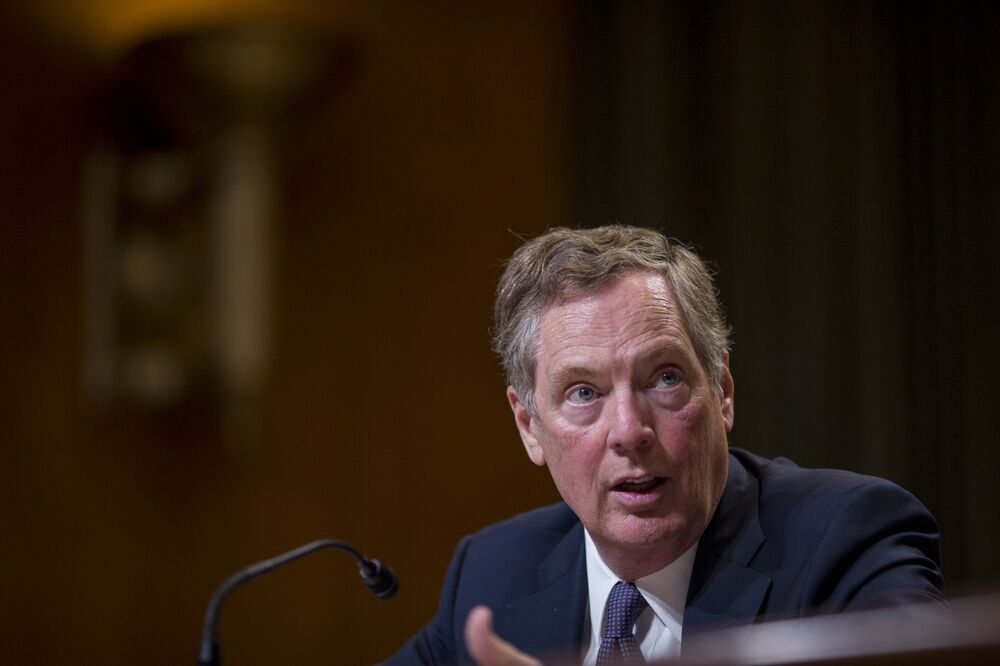 The U.S. is moving forward on its bilateral trade deal with Mexico even if Canada is left out because negotiators can’t resolve their sharp differences over dairy and a dispute resolution system, U.S. Trade Representative Robert Lighthizer said.

The Trump administration soon plans to present to Congress a text of the U.S.-Mexico trade agreement that was announced last month to revise portions of the North American Free Trade Agreement, Lighthizer said at an event in New York on Tuesday. The timeline is important because current Mexican President Enrique Pena Nieto wants to sign the deal before he’s succeeded by Andres Manuel Lopez Obrador in December, Lighthizer said.

Under a U.S. legal process known as Trade Promotion Authority that was invoked to revamp Nafta, Americans lawmakers need to review the text of the agreement 60 days before President Donald Trump can sign it.

Lighthizer said the timetable for the new deal was set up so Pena Nieto can approve it before he leaves office on Nov. 30 — an arrangement that’s acceptable to Lopez Obrador.

“If we push it beyond that date, then we have a new negotiation with Lopez Obrador and we don’t know where that would go at all,” Lighthizer said. “It would be unfair to all the people that have been involved — certainly the U.S. workers, farmers and ranchers — to start a new negotiation with a new president of Mexico.”

Lighthizer said the U.S. wants to see the three-way pact stay intact and remains committed to keeping Canada in the deal now or to let it join later. “I think Canada would like to be in the agreement, I think the U.S. would like them in the agreement,” he said. “Hopefully, we’ll end up with something with Canada. If not, we’ll have to do it in a separate deal as soon afterwards as we can.”

Whether Congress will pass a deal that doesn’t include Canada remains unclear. While some lawmakers have ratcheted up pressure on Canada to sign, others such as Nancy Pelosi have said the Trump administration should reach a trilateral deal. Some have warned that U.S. trade law won’t allow a Nov. 30 vote on a U.S.-Mexico deal, because the Trump administration began the process seeking a trilateral one.

Tim Scott, a Republican senator from South Carolina, said Tuesday he’d prefer Canada be included, and wouldn’t say if he’d vote for a bilateral U.S.-Mexico deal. “I think it’s important to keep North America together, even if it takes more time” he said. “The timing has to do with politics, and not ours.”

At a separate event in New York, Canadian Prime Minister Justin Trudeau addressed trade tensions alongside his foreign minister, Chrystia Freeland, who is leading Nafta talks. Trudeau said the deal between the U.S. and Mexico raises the “possibility” of Canada signing on, but that he’s standing up for Canadian interests in negotiations.

Freeland declined to comment specifically on Chapter 19, saying only that “rule of law is an extremely important part of how we do things, including trade.”

Negotiations for possible exemptions for Mexico and Canada from U.S. steel and aluminum tariffs imposed earlier this year will take place after the new Nafta deal is agreed on, Lighthizer said.

Trump is serious about renaming Nafta, possibly to the U.S.-Mexico-Canada pact, or USMC, said Lighthizer.