meta Trump’s dairy dilemma :: The Bullvine - The Dairy Information You Want To Know When You Need It 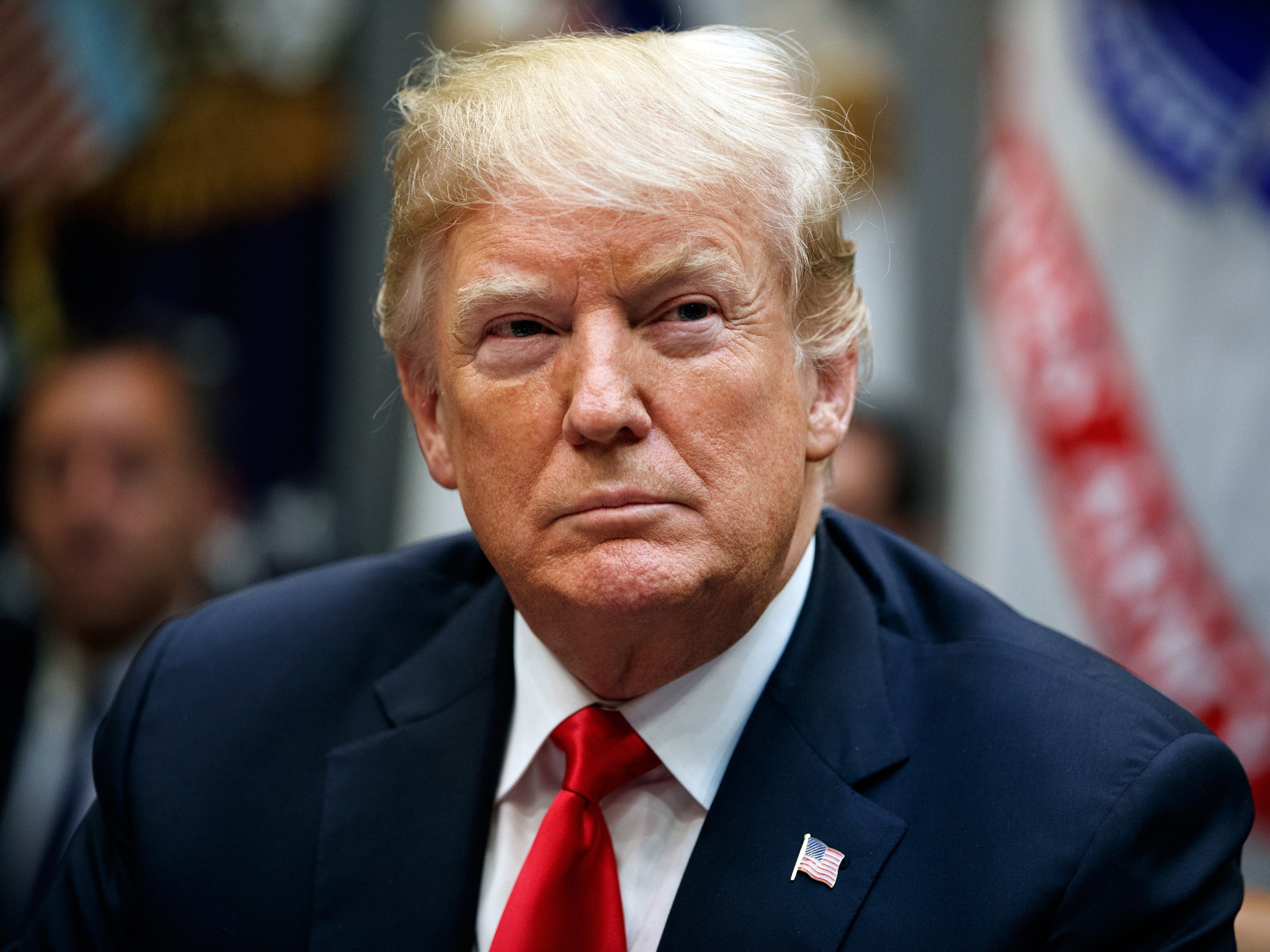 The Trump administration wants any NAFTA 2.0 deal involving Canada to feature major concessions on dairy from America’s northern neighbor. The dairy standoff is one of the most challenging issues facing trade negotiators in each country because of political considerations on both sides of the border, Pro Ag’s Catherine Boudreau reports.

Trudeau’s Liberal Party is vying to maintain its supporters in Ontario and Quebec, where the country’s powerful dairy industry is concentrated and provincial elections are approaching. The Trump administration, looking ahead to the November elections,wants to bolster support among a hard-hit dairy sector that’s struggling with a global milk glut and depressed prices.

At issue is market access to Canada’s $17 billion dairy sector, which operates under a so-called supply management system that limits production, restricts imports and sets floor prices — similar to American sugar policy. U.S. trade negotiators want Canada to expand import quotas that currently permit only a small amount of dairy products to enter the country tariff-free, as well as eliminate a low-price policy for a protein-rich milk ingredient called ultrafiltered milk, which is used to make cheese and yogurt. It’s formally known as Class 7.

Gregg Doud, USTR’s chief agricultural negotiator, told senators last week that ending Class 7 is the major focus of dairy talks. The challenge is how “disparate” the U.S. and Canadian dairy markets are, but trade officials have spent an “enormous” amount of time working on the issue in good faith, he said.

Potential solutions: Two former U.S. trade negotiators and experts on U.S.-Canada relations told POLITICO they expect Canada to open a small percentage of its dairy market by expanding quotas that allow imports to cross the border tariff-free. The new access would likely be similar to what Canada offered the European Union and Asia Pacific nations in recent trade deals: an additional 5 percent of its cheese market and 3.5 percent of its overall dairy market, respectively. Whether Canada will remove its Class 7 policy is the big question.

TRUMP TO PULL TRIGGER ON NEW CHINA TARIFFS: Against the advice of many members of Congress and a large segment of the business community, President Donald Trump plans to impose duties on roughly $200 billion more in Chinese goods as soon as today, a senior administration official confirmed to POLITICO this weekend. The move would escalate the protracted trade battle between the world’s two largest economies, prompting China to fire off another round of tariffs that would bring new pain to parts of agriculture.

The White House, which could make an announcement today or Tuesday, will slap a 10 percent tariff on the list of $200 billion in goods, the official told POLITICO. “We’ll start at 10” percent, as the administration originally indicated on July 10, the official said. However, the duties could eventually be ratcheted up to 25 percent, as Trump directed U.S. Trade Representative Robert Lighthizer to consider on Aug. 1, the official added.

To meet or not to meet: News of the planned tariff move came just days after U.S. Treasury Secretary Steven Mnuchin invited Chinese Vice Premier Liu He for a new round of trade talks. The Wall Street Journal reported Sunday that the effort is now in doubt. It also raises the stakes for a possible bilateral meeting between Trump and Chinese President Xi Jinping at the annual G-20 Summit Nov. 30-Dec. 1 in Argentina.

More in store? Trump also has threatened to impose duties on virtually all Chinese imports, which totaled $505 billion in 2017, if China continues to retaliate against his actions. Earlier this month, he said the administration had tariffs ready to go on another $267 billion worth of Chinese goods, in addition to the $200 billion that would be subject to the pending action. However, the administration has not taken public comment on the proposed action against $267 billion in imports, so it could be a while longer before duties are imposed on any those goods, assuming previous procedures are followed.

In the meantime, “there is little indication that the government in Beijing is ready to change its practices or give in to U.S. demands,” our colleague Adam Behsudi reports from Beijing. “The close relationship between state-owned companies and government should make it easy for China to institute quickly new policies on U.S. criticisms over mandatory technology transfers or intellectual property. Yet nothing has been offered publicly indicating that Chinese officials are willing to adapt their approach.”

** A message from the Corn Refiners Association: Corn – “nature’s renewable building block” – plays a role every day in our lives. Learn the secret of corn’s incredible – and often invisible – role in making our food taste better, our cosmetics last longer, and our medicines go down easier.

FLORENCE RAVAGES SOUTHEAST U.S.: Hurricane Florence was downgraded to a tropical storm, but it advanced across the Carolinas in a drenching crawl and was still dropping heavy rain as it gained speed on Sunday evening. The storm is expected to produce extensive rainfall as it exits the Carolinas and shoots up the Mid-Atlantic and into southern New England early this week.

Residents and producers braced for further damage as floodwaters continued to rise. Farmers and officials in both states won’t be able to fully assess the extent of damage to agriculture until the rain stops falling.

Water levels on the Cape Fear River, which snakes through eastern North Carolina — home to the state’s expansive pork industry — were so high, according to an AP report, that devices used to gauge flooding were being swamped. They are usually placed well above heights normally considered reachable during major flooding. In North Carolina’s other major ag industry, tobacco, eyewitness accounts report that as much as one-fifth of crops in fields have been destroyed.

USDA APPROVES THREE ASIAN CATFISH INSPECTION SYSTEMS: The Food Safety and Inspection Service plans to publish a Federal Register notice on Wednesday formally designating China, Vietnam and Thailand as eligible countries to export catfish and catfish products to the U.S. FSIS said it determined that the inspection system in each country was “equivalent to the system that the United States has established under the Federal Meat Inspection Act (FMIA) and its implementing regulations.”

The proposed rule is the latest chapter in an ongoing saga. Congress included provisions in both the 2004 and 2008 farm bills transferring catfish inspection to the USDA, from the FDA. FSIS published a final rule in Dec. 2015 that created a transitional mechanism for trade to continue while it determined whether
China, Vietnam and Thailand’s inspection systems are equivalent to the U.S. system.

The National Fisheries Institute, which represents seafood importers, welcomed the news. “Catfish, like other seafood, has been and will remain a safe and nutritious meal for American families,” NFI President John Connelly said. “We commend FSIS for its hard work in this process. Tens of thousands of Americans who process catfish from these countries can be more confident they will continue to have jobs as a result of this proposal.”

CORN REFINERS REBRAND: The Corn Refiners Association is rebranding to emphasize just how many products beyond corn syrup are made with corn ingredients — goods ranging from cosmetics to furniture.

The group has rolled out a new logo and website. It also moved into a new office on Pennsylvania Ave., near the White House, where design elements are meant to showcase corn’s many uses. The space uses corn products in the walls, flooring and chairs, and staff are provided with corn-based utensils.

— FDA not considering Nutrition Facts delay: The FDA is on track to meet its January 2020 compliance date for the overhaul of Nutrition Facts labels, reports Pro Ag’s Helena Bottemiller Evich. A top USDA official said last week the department aims to start enforcing its genetically-modified ingredients rule at the same time as FDA’s Nutrition Facts update takes effect, so food companies only have to update their labels once. FDA Commissioner Scott Gottlieb said the agency is not considering a delay to account for USDA’s timeline.

— GRAS lawsuit inches ahead: A federal court has allowed a lawsuit challenging the FDA’s Generally Recognized as Safe rule to go forward. The U.S. District Court for the Southern District of New York ruled that the Center for Food Safety and the Environmental Defense Fund have standing to sue and that the case can proceed to discovery.

— Wisconsin dairy industry declining: Wisconsin, a major dairy state, lost 47 dairy farms in August, putting it on track for its worst year since 2013, according toWisconsin Public Radio. President of the Dairy Business Association Mike North said the decline is attributable to a bleak market, industry consolidation and farmers retiring without a successor to take over the farm.

— “Family farm” granted broad definition: USDA’s definition of a family farm makes no distinction based on acreage size. That gives some small, independent farmers in Iowa the impression that “family farm” is a term that’s stretched as more corporate operations also fall under that umbrella, according to a story that was produced by the Iowa Center for Public Affairs Journalism and published in the Times-Republican. Under USDA’s definition, close to 90 percent of Iowa’s farms can be considered family farms. But less than seven percent — 5,636 operations — of them are on small or medium acreages and run by one family, IowaWatch estimates.

— FDA’s new approach to human, animal antibiotic resistance: The FDA on Friday unveiled a plan to combat antimicrobial resistance in settings like hospitals and farms. Part of the effort will include incentivizing development of new antibiotics and promoting better tracking of antibiotic resistance at hospitals. On the veterinary medicine side, FDA is looking to expand its work to ensure more veterinary oversight of antimicrobials used on farms that raise animals for food.

— Lobster businesses feeling trade pinch: U.S. lobster exporters say business has dried up since China imposed a retaliatory tariff in July amid the larger trade battle, the AP reports. Before the Trump administration began the tariff battle, the U.S. lobster industry had a growing presence in the Chinese market: Beijing imported $142.4 million in lobsters last year, up from $108.3 million in 2016.

— Movers and shakers: Margaret Moulton has been hired as the next executive director of Berkshire Grown and will take the place of Barbara Zheutlin, who headed the organization for over a decade. She previously has worked with the Trustees of Reservations and the Stone Barns Center for Food and Agriculture.

** A message from the Corn Refiners Association: The simple, unassuming corn kernel is incredibly versatile thanks to dent corn (not the kind we eat). Once separated into its components, it allows innovators to create cornstarch, sweeteners, feed, corn oil, and advanced bioproducts… the list goes on. That’s why the Corn Refiners Association has launched our new look and website showcasing the incredible versatility of the kernel of innovation.