meta Trump Crackdown Unnerves Immigrants, and the Farmers Who Rely on Them :: The Bullvine - The Dairy Information You Want To Know When You Need It

Trump Crackdown Unnerves Immigrants, and the Farmers Who Rely on Them 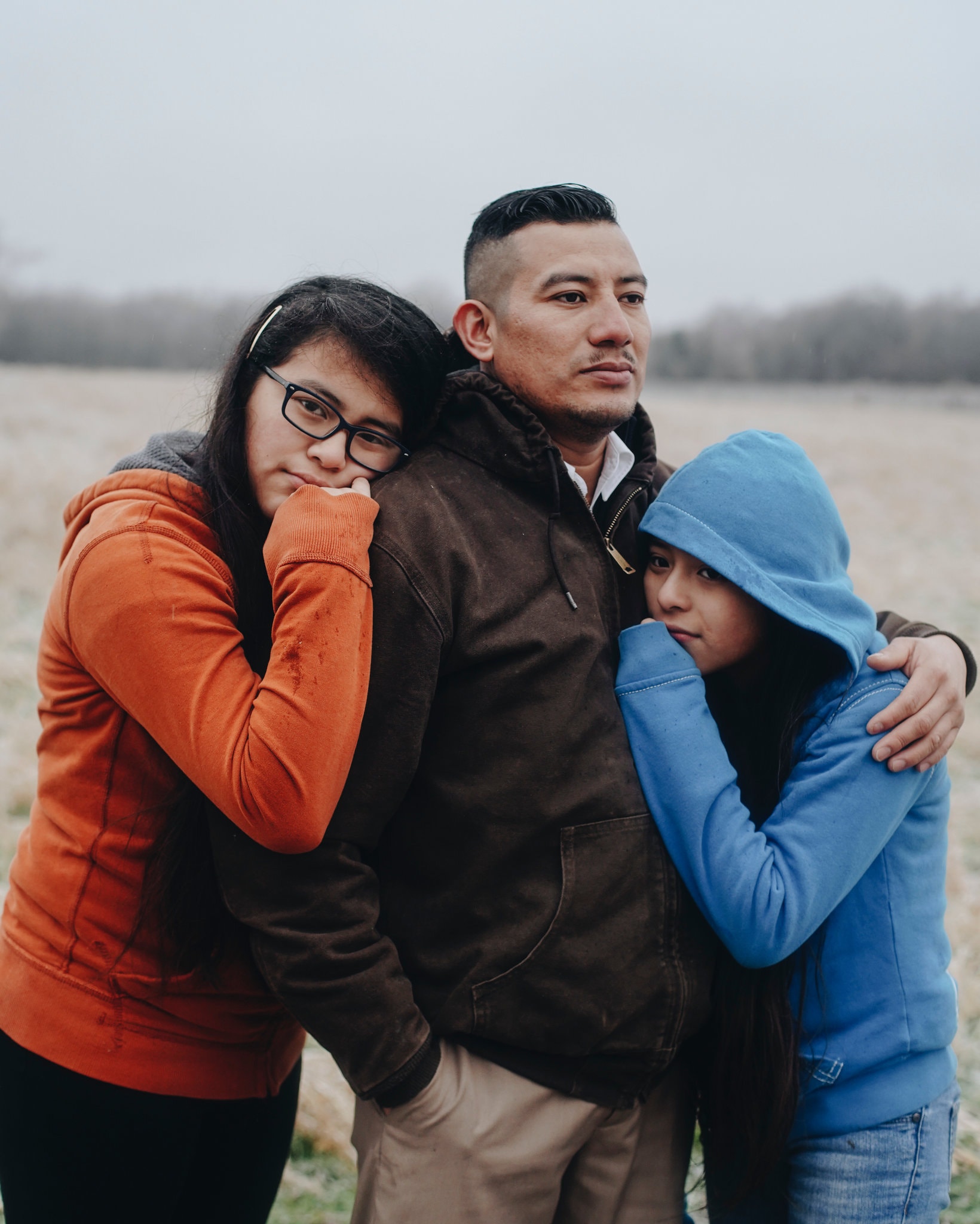 “It keeps me up at night,” said Mr. McMahon, who owns a dairy farm south of Syracuse. “There are people out there who just say, ‘Send them all back and build a wall.’ But they would be facing empty shelves in the grocery store if that were to happen.”

The tensions have escalated to such a degree over the last year that Gov. Andrew M. Cuomo described federal agents as reckless, accusing Immigration and Customs Enforcement of violating the rights of farmers in pursuing undocumented immigrants.

Mr. Cuomo was responding to a high-profile raid on a dairy farm, during which a farmer was briefly handcuffed after protesting that ICE agents were mistreating one of his workers. The farmer claimed ICE did not have a warrant to enter his farm.

Mr. Cuomo is a Democrat, but Republicans who represent upstate New York in Congress have also come to the defense of the farmers.

The pressures here reflect broader challenges facing farmers across the country who rely on undocumented workers. The farmers are struggling with a shrinking labor pool as fewer migrants cross illegally into the country and migrants who are long-term residents become too old for field work.

This year the labor shortage has been compounded by Mr. Trump’s trade war and extreme weather, forcing some small farmers to switch to higher-value crops, to reduce their acreage and to consider selling their farms.

If anything, the situation in upstate New York is more difficult.

Smaller dairy farmers here have been some of the hardest hit by tougher immigration enforcement because their workers are subject to scrutiny from both ICE and the border patrol, which is allowed to operate within 100 miles of the border — in this case, with Canada.

For decades it has been an open secret in upstate New York that the dairy industry has been able to survive only by relying on undocumented immigrants.CreditLibby March for The New York Times

Agriculture contributes an estimated $37 billion to New York’s economy and is responsible for nearly 200,000 jobs.

“We are seeing that the immigration enforcement is having a tremendous enforcement impact on farm workers, on farms,” said Mary Jo Dudley, director of the Cornell Farmworker Program. “For many farmers, there’s no alternative labor force.”

To search private property like a farm, ICE needs a warrant that shows reason to believe a particular undocumented immigrant is living or working there. But if undocumented workers leave the farm to go to a grocery store, they can be approached by ICE agents in a parking lot or a roadside checkpoint, detained and deported.

“ICE continues to focus its limited resources first and foremost on those who pose the greatest threat to public safety,” said an ICE spokesman, Khaalid Walls. “ICE only conducts targeted immigration enforcement. The agency does not conduct raids or sweeps that target aliens indiscriminately.”

Supporters of stricter immigration policies said they were sympathetic to the plight of small farms. But they pointed out that the farms’ reliance on inexpensive, undocumented labor would handicap American agriculture in the long term.

They argue that while immigration crackdowns could force farms to consolidate and mechanize and may be hard for individual farmers, it would make the industry more competitive globally.

“The more productive policy response would be subsidized loans to invest in machinery for small-scale farmers, rather than revising how we import foreign workers and perpetuating the labor-intensive old-fashioned way of doing business,” said Mark Krikorian, executive director for the Center for Immigration Studies, a think tank that favors restricting immigration.

Dairy farmers face particular challenges because without American workers, they have no alternative to migrant labor. The government program that brings in legal temporary workers does so only for seasonal workers and dairy farming is a year-round activity.

In Washington, lawmakers representing dairy-heavy districts have tried to reform the legal foreign workers program to include year-round dairy workers.

Mark Nicholson of Red Jacket Orchards switched to using the legal foreign worker program last year. “We didn’t really have a choice but to use to H-2A,” he said.CreditLibby March for The New York Times

But so far, efforts have fallen short. These lawmakers are caught between staunch conservatives who consider any reprieve a form of amnesty and Democrats who want more comprehensive immigration reform, which would also address the Deferred Action for Childhood Arrivals program, known as DACA, and immigrants with Temporary Protected Status.

“We’ll have detractors on both sides,” said Representative Chris Collins, a Republican in western New York.

Still, Mr. Collins said, a solution is urgently required to keep dairy farms afloat while the political impasse over a comprehensive immigration package drags on. “There’s not a single person representing dairy that doesn’t understand it’s a crisis, a true crisis,” he said.

He plans to introduce legislation in the coming weeks that would offer temporary employment authorization to year-round farmworkers on dairies as a stopgap measure.

Deportations have been a concern for New York’s farmers and farm workers since the early 2000s, when the sudden enforcement of immigration laws led to a rash of immigration enforcement activities on farms across the state. After the Obama administration narrowed the pool of immigrants ICE prioritized for deportation, some sense of security returned to upstate farming communities, which was shattered when Mr. Trump took office.

“We had heard things were starting to get bad, some wineries in the area and quite a few in the Finger Lakes started losing workers. It was almost immediately after Trump took office that ICE started snagging people,” said Kelly Raby, a vineyard owner in Lewiston.

Last fall, Victor Pacheco, the foreman on Ms. Raby’s family farm for 23 years, was detained by ICE agents and deported to Mexico.

Ms. Raby has struggled to find a foreman skilled enough to manage her vineyard, where the grapevines are now dusted in a light coat of snow and in need of winter pruning. This has left her uncertain about the future of their family farm and the president she helped vote into office.

“I still agree with Trump in a lot of ways, but I’m more on the fence about him now,” Ms. Raby said. “I don’t want to lose the immigrants who are working here and growing our food.”

Over the last 50 years, American farms have relied on two labor forces: migrants who settled in the United States during the migration wave of the 1960s and 1970s; and those who stayed temporarily, illegally crossing the border for each harvest season. But today, permanent migrants who settled are reaching their 60s, fewer and fewer seasonal migrants are coming to the United States, and enforcement operations are driving the few migrants left out of the state.

Victor Cortez, 42, has now worked on dairy farms for 15 years, specializing in trimming hooves and inseminating the cows.CreditLibby March for The New York Times

“Today you go to work and you don’t know if you’ll come back home and be with your family again,” said Eladio Beltran, an immigrant from Mexico who works in an apple orchard in Albion. He is currently awaiting deportation proceedings after being pulled over by state troopers and taken into ICE custody.

“Being undocumented and living in New York State is not worth it anymore,” he said.

For dairy farmers like Mr. McMahon, if even one of his migrant workers leaves, the absence has a drastic effect on his 2,300-acre farm operation. He depends on having enough workers for round-the-clock shifts, seven days a week. They keep this schedule year-round, he said, to ensure his roughly 800 cows are milked three times a day, their calves are fed, and all cows are medically cared for.

“What we really want is some kind of method of getting foreign workers legally,” Mr. McMahon said from his farm in Homer, about 30 miles south of Syracuse.

Owners of apple orchards and vineyards, who can afford to, have also started turning to the H-2A program, the legal foreign worker program that brings agricultural labor to the United States for temporary work.

Critics of the program argue that workers are often exploited by employers and risk deportation if they complain about mistreatment. Farmers complain that it is costly, complicated and laden with bureaucracy.

“We didn’t really have a choice but to use to H-2A,” said Mark Nicholson of Red Jacket Orchards, which switched to using the program last year. “When the system works, it answers one of our biggest challenges to staying in business — and that’s having a reliable source of skilled farm labor. But when it doesn’t work, it dooms us to the same risk as before.”

If the issue of undocumented farm workers is left unaddressed, there will be an impact across the supply chain. “There will be long-term consequences that not only our farms will deal with, but consumers will have to deal with as well,” said Steve Ammerman, the senior associate director of public policy at the New York Farm Bureau.

Without a legal alternative to informal migrant labor, the competition between dairy farms to retain migrant workers is so fierce that farm owners, once notorious for underpaying and mistreating workers, are now improving working conditions and wages to entice employees to stay on their farms, workers said.

Victor Cortez is an immigrant who has worked on a dairy farm in western New York for 18 years. A few years ago, farm owners “wouldn’t let us leave the farm,” he said, adding, “They wouldn’t pay us as much as they promised they would.”

“But the good thing about it now,” he said, “is that we get paid more and this farmer is good to me.”