meta The demise of a Massachusetts dairy farm :: The Bullvine - The Dairy Information You Want To Know When You Need It

The demise of a Massachusetts dairy farm 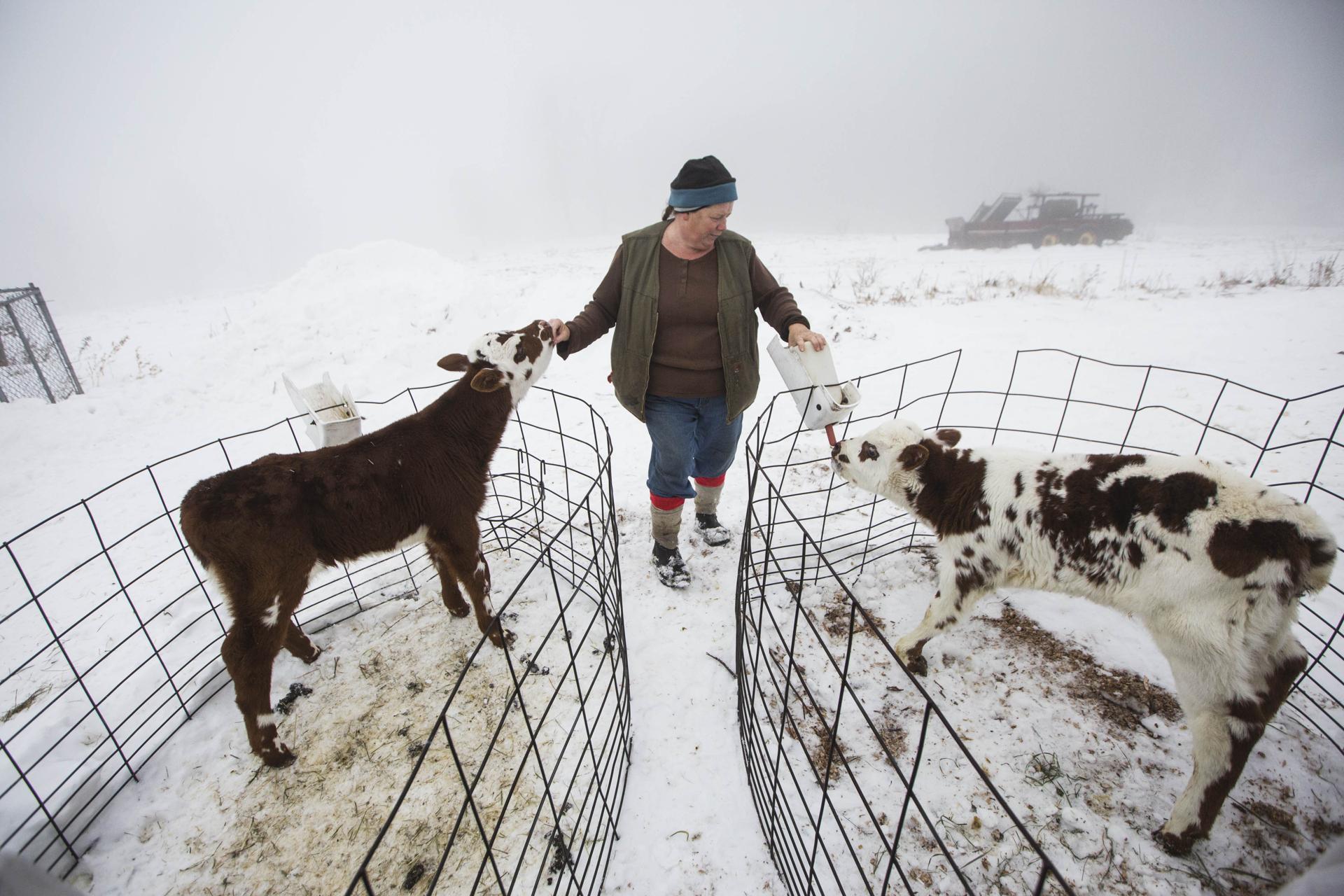 As a little girl, when her name was still Maegan Davenport, she had a dream about life on her family’s dairy farm that she sorely suspected she would never realize.

“I had this silly sensation that farming is for men,’’ she said. “So as much as I loved it, I never expected to get it because I had two brothers who were going to get first dibs.’’

But life rarely runs in a straight line. It’s unpredictable. There are detours and dead-ends and new beginnings.

So when real-world currents took her brothers in other directions, Maegan found herself right where she always wanted to be: part of a fifth generation of Davenports working on a 365-acre farm of rolling hills and weather-beaten barns tucked up and away from the traffic that rolls along Route 2’s Mohawk Trail.

She married Nathaniel Senser in 2011. And the couple, now parents of three little kids, lived in Northfield for a while before her parents, Norman and Lisa Davenport, called an emergency family meeting: “Look,’’ they told their kids, “this is what’s going on on the farm. It’s not sustainable. We need help or it’s going to falter.’’

Her father, Norman Davenport, 58, asked his daughter – always a whiz with numbers – to take a look at the farm’s books. Maybe he was missing something. Maybe there was economic salvation hidden there somewhere in the dairy’s ledger.

“We knew everything here was going to be a bit of an uphill battle,’’ Maegan, 33, told me the other day, sitting at a large wooden table in the farm’s dining room. “And as much as we wanted to keep the dairy going, none of the numbers showed that that was feasible. The numbers never matched.’’

That arithmetic exercise has spelled out what is by now a sadly familiar obituary for Massachusetts dairy farms, whose numbers are being thinned out by a combination of development pressures and complex economics.

“The number one thing is that the price of milk is not at a level that can sustain dairy farmers,’’ said Catherine de Ronde, a former dairy economist with the state Department of Agriculture. “A lot of these guys haven’t paid themselves in years.’’

When Norman Davenport took over the farm from his father, he knew he was never going to get rich. Fancy cars and tropical cruises meant nothing to him.

“It’s a lot of work, but it’s work that you choose to do,’’ he told me, leading a tour of the farm his great-grandfather bought in 1913. “You’re taking care of livestock. You’re taking care of property that you own. In dairy farming, you’re creating a basic food group. You create enough food for your family and the next step is you make enough extra to sustain the farm. And for years and years and years there was that commitment.’’

Get Fast Forward in your inbox:

Forget yesterday’s news. Get what you need today in this early-morning email.

But no more. The Davenports’ 40 Normande milk cows are being be sold off this month, and Maegan and Nate Senser will pivot to a different blend of farming, raising Devon cattle for meat production and bringing in Berkshire hogs to produce high-end pork.

“We’ll either expand or shrink accordingly,’’ said 37-year-old Nate Senser, who lies awake in bed these days wondering how it is all going to work.

“It’s the end of an era – the end of a career,’’ said Norman Davenport, wearing a blue-checked flannel shirt and staring into the near distance.

To which Nate instantly added: “Which we feel terrible about.’’

The story of Davenport Farm is being repeated across the landscape of rural New England, and that demise is the focus of a beautifully photographed 2016 documentary called “Forgotten Farms.’’

The film, directed by Dave Simonds and produced by Sarah Gardner, who teaches land-use planning at Williams College, is animated by a rich cast of characters and includes this startling statistic: New England has lost 10,000 dairy farms in the last 50 years. Fewer than 2,000 remain.

“It’s in such a deep decline that it looks very possible that we could lose dairy in New England unless we enact programs to support it,’’ Gardner told me. “In 1997, there were 353 dairy farms in Massachusetts. At the close of 2017, there were 135 left. This (the Davenport Farm) brings us to 134. I’ve talked to more than 100 dairy farmers. They want to keep farming. This is a tragedy that could set off a domino effect in New England’s agricultural economy and rural areas that rely on it.’’

Tragedy. That’s precisely what it feels like around the Davenport dining room table, where Norman Davenport described a daily routine in which the alarm clock goes off at 4:30 a.m., when the coffee pot is percolating, and the cows are in the barn waiting to be milked.

“It is the definition of worthless,’’ he said. “When you get done, what it’s worth is less than what you put into it. It is the end of an era. Absolutely. This is the destruction of a legacy. As a dairy farmer, I will spend the rest of my days on a property that no longer exists as it was when I got it. As a dairy farm.’’

Nate and Maegan Senser wanted that life, too.

They prayed the numbers in that ledger book were wrong.

They looked for ways to raise their young family on the dairy farm that had become part of Maegan’s DNA.

“It’s very bittersweet,’’ Maegan said. “I grew up helping out on the farm. I loved being that close to the cows and working with them. But I also have seen the physical toll it has taken on my parents. And I have felt the toll on my own body.

“This is something where you beat your body up all day long to not have enough money to pay the bills at the end of the day. The amount that you put yourself through can’t equate to what you’re getting out of it. I mean that milk that’s on your table is amazing. But your efforts are worth negative money. None of it computes. You’re literally killing yourself to get nothing in return.’’

So say goodbye to the Davenport dairy farm.

The latest generation of the family is building something new. Milk is now part of its past. Its future is beef and pork. There’s a family restaurant on the property to run. There are maple trees that yield syrup and other sweet products. They’re raising pure-bred dogs.

They’re working 14-hour days to do it all.

And, early in the morning, Nate Senser is still staring at the ceiling in his darkened bedroom.

And that means a brand new chapter is being written in the pastures and the barnyards on that 105-year-old farm not far from the Mohawk Trail where the future rides on the cold and quickening winds.