meta Struggling dairy farmers push for control of milk supply :: The Bullvine - The Dairy Information You Want To Know When You Need It 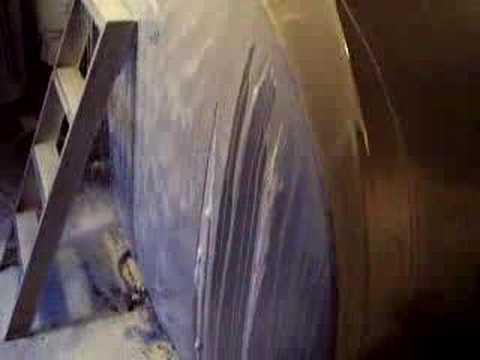 Some dairy farmers advocated Tuesday for controlling the supply of milk to increase prices as producers and officials discussed how to support the struggling industry at a two-day summit.

Dairy farmers are in their fifth year of low milk prices. Vermont has lost more than 400 dairy farms since 2008, with the total dropping from 1,100 11 years ago to 694 last month. Wisconsin lost 691 dairy farms last year alone.

“There is so much at stake if we don’t turn this around for our rural communities,” said Vermont Agriculture Secretary Anson Tebbetts.

About 240 people attended the summit in Jay, Vermont, including 125 farmers and the New York agriculture commissioner.

The presentations from farmers and industry experts included how to run a dairy in a global market, how to diversify dairy operations, and how local dairies affect local economies.

“They buy supplies,” said Tebbetts of the farmers, “they support stores, they’re on the fire department, they are the EMTs, they’re people who volunteering, they’re on select boards, school boards and when a farm leaves some of that goes away.”

Some farmers created a petition seeking support for a national milk supply management program to disseminate at the conference.

The details of the program have not been determined, but it would set a base level of production for each farm and create incentives for farmers not to overproduce, Kara O’Connor of the Wisconsin Farmers Union. That could be met with opposition since it could raise the price of milk for consumers — even if only a small amount.

“We’re inviting people to consider whether consumers might pay a few cents more for a gallon of milk in exchange for saving hundreds of dairy farms per year and paying less in taxes for government dairy programs,” said O’Connor, who spoke at the event.

Other groups suggested compensation for farmers for their environmental stewardship; educating consumers about farms, possibly through television segments featuring farmers talking about their operations; and subsidizing farms with tourism dollars.

“We have a huge tourism industry,” said farmer Leon Corse. “We need to somehow take some of those tourism dollars to subsidize dairy to get us through this issue that we’re having now because if dairy dies in 20 years we’re going to wish that we had saved it because tourism is going to die, too.”