meta Second undercover video shows workers hitting cows at Fair Oaks farm :: The Bullvine - The Dairy Information You Want To Know When You Need It 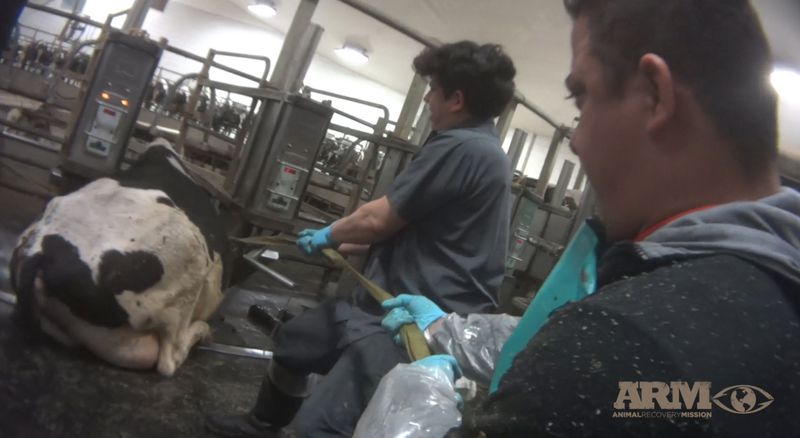 “On a nearly daily basis, the investigator witnessed employees punching, kicking, and stabbing cows, sometimes hitting their udders with the milking claws or shoving them with metal tubes and broomsticks,” the Florida-based nonprofit said in a statement Wednesday.

Last week’s video shows workers kicking, punching, burning and force-feeding calves, among several other brutal images. The organization, known as ARM, said the footage was secretly recorded by an investigator who was embedded at a Fair Oaks farm for several months last year. That site, some 80 miles south of Chicago, is a popular destination for tourists.

Meanwhile, three suspects have been charged with animal cruelty and a California man has filed a lawsuit against Fair Oaks and Fairlife for falsely promoting “extraordinary care and comfort” of their cows on milk labels, according to local news reports.

“On a daily basis, cows with infected eyes, broken bleeding tails, infected udders, and afterbirth placentas hanging out from their bodies were seen being forced on the rotary system,” the group said Wednesday. “The investigator did not witness any of the cows at this Fair Oaks Farms Fairlife dairy receiving medical attention, but did witness multiple downer cows and many cows falling while on the rotary system from poor health, untreated injuries, inability to walk and overall weakness.”