meta Ryan Corrigan Joins STgenetics Canada® :: The Bullvine - The Dairy Information You Want To Know When You Need It 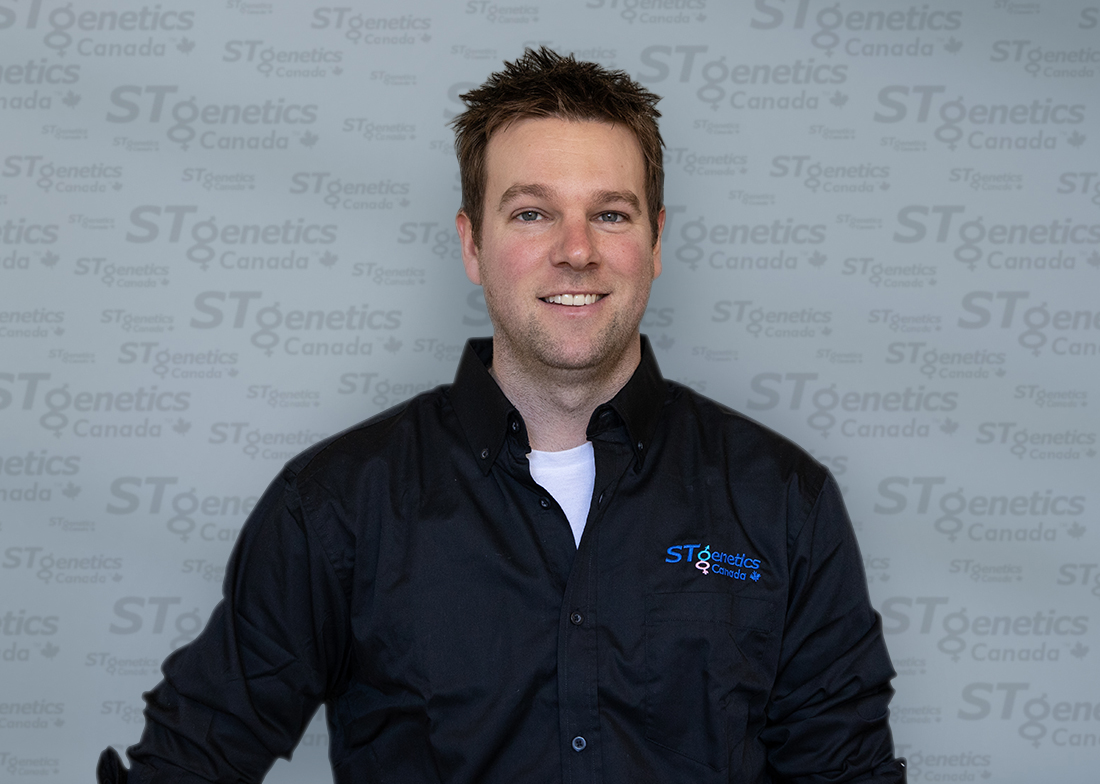 With close to 20 years of experience in the Dairy Industry, Ryan Corrigan of Colpitts Settlement, NB will now offer his wealth of knowledge to STgenetics Canada®

STgenetics Canada® – An industry leader in livestock genetics and innovation announced they are pleased to welcome Ryan Corrigan to their team in the position of Atlantic Provinces Sales Manager. The company is confident that Ryan will further develop the companies expanding sales and relationships with dairy producers in Atlantic Canada.

Ryan’s career in the dairy industry was fostered through the 4H program and led to fitting work across North America.  While working for some of North America’s top type herds, Ryan transitioned to work in the A.I. business

Ryan gained valuable industry experience working as a sales representative and genetic specialist in Ontario, working alongside progressive producers. He emphasizes the importance of making smart decisions to maximize the impact of their genetic investment.

Ryan moved to New Brunswick in 2013 where he now resides with his wife Dawn Corrigan (Beckwith) and 2 children, Gabriela and Roman.  Since the move East Ryan has worked as a herdsman at Shadowave Holsteins Inc.

Ryan’s passion for the dairy industry led him to become a Holstein Canada Official Judge and through such has developed a strong understanding and appreciation for dairy producers across the dairy spectrum.  Whether small type breeder herd, or large commercial milk producer, Ryan has a demonstrated ability to tailor to individual needs.

Ryan is looking forward to joining the team and supporting our sales representatives while developing relationships with all progressive dairy producers in Atlantic Canada.

STgenetics Canada® is thrilled to enhance their Atlantic Canada genetic advisor and sales team with the addition of Ryan Corrigan and his expertise.  Corrigan and STgenetics® share the same passion for the dairy industry and will help the Atlantic dairy herds to achieve genetic progression, by usingSexedULTRA4M® semen, EcoFeed™, Chromosomal Mating™ and other tools and programs offered by the company.  Ryan Corrigan can be reached at (506) 899-0120 or by email at ryan.corrigan@stgen.com